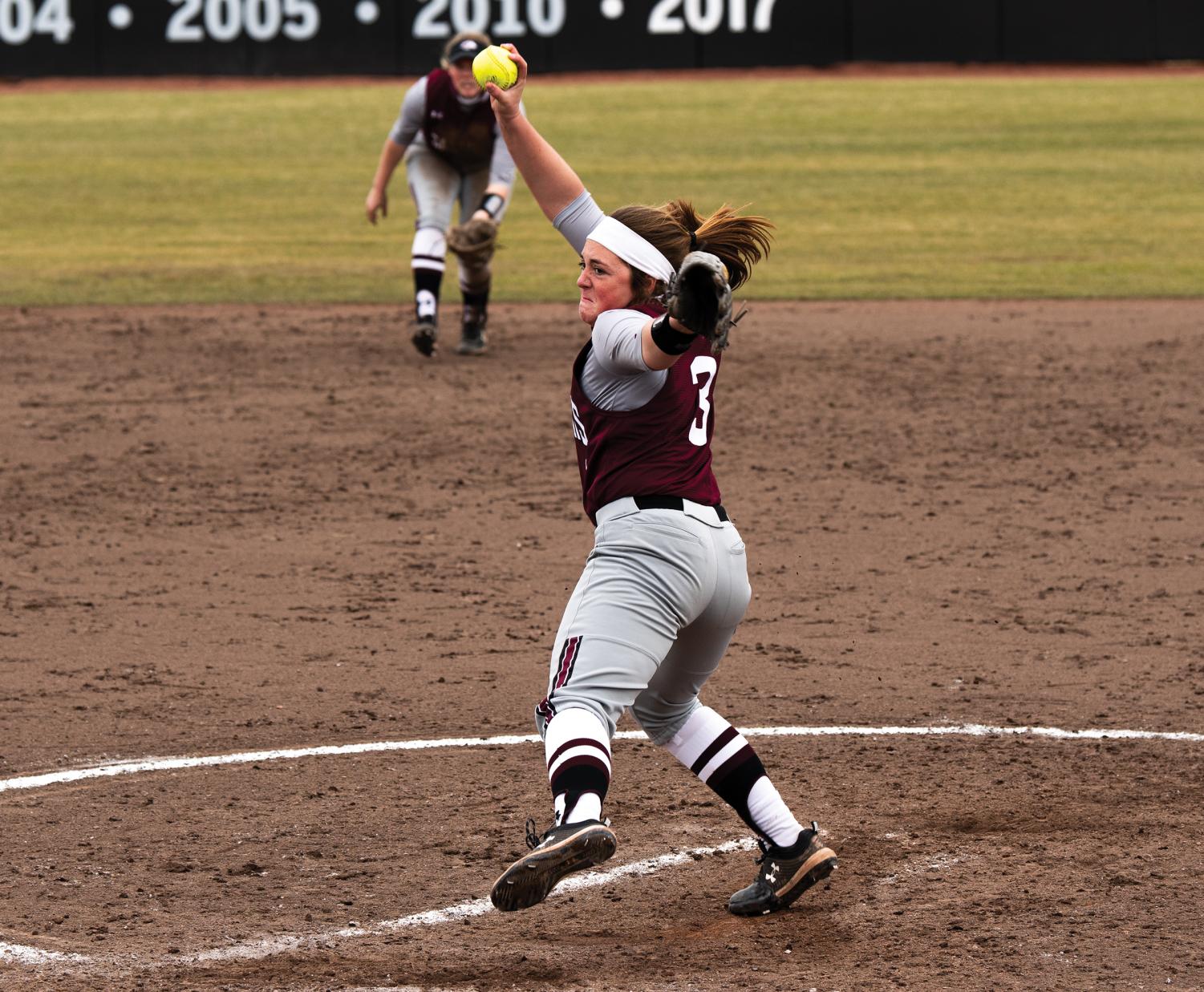 The Southern Illinois Salukis softball team (9-0) went 3-0 this weekend in the Coach B Classic in Carbondale. The Salukis’ final two games on Sunday were cancelled due to inclimate weather. 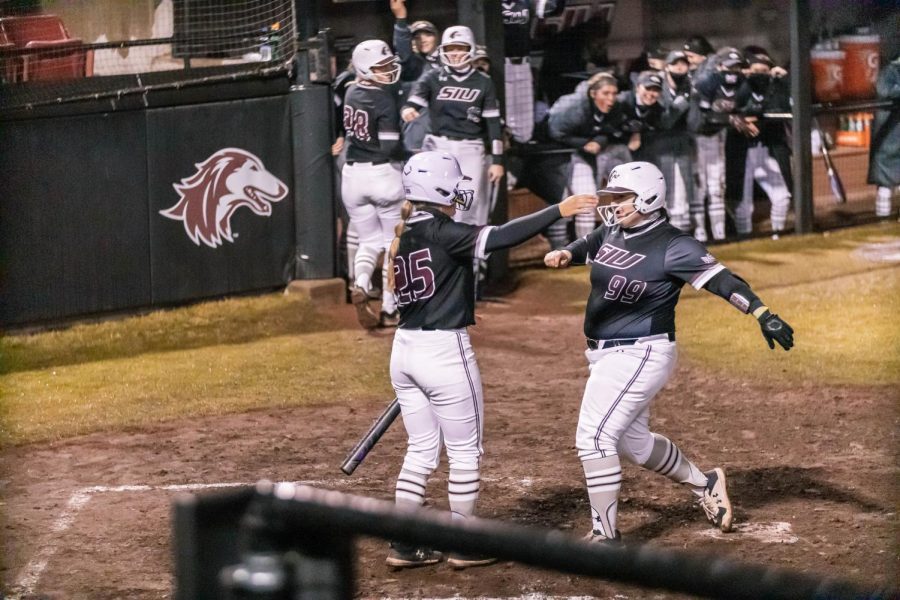 The Salukis’ extended their winning streak to 18 consecutive games. That streak goes back to last season, before the NCAA canceled the season due to COVID-19.

In SIU’s game on Friday night they took on the Austin Peay Governors (4-1). There was no scoring up until the fifth inning, when freshman left fielder Elizabeth Warwick got a two-RBI single that allowed junior shortstop Ashley Wood and freshman first baseman Liz Huckleberry to score.

The Governors earned a run in the top of the sixth, scoring on a sac fly. That, however, would be the Governors’ only run, and the Salukis would add in the bottom of the sixth inning.

After senior center fielder Jenny Jansen walked, graduate student Katelyn Massa came up to the plate and hit a two-run home run to put the Salukis up 4-1.

That would also be the final score; the Salukis’ winning pitcher was sophomore right hander Sarah Harness who went all seven innings with one earned run.

In the first of two games on Saturday, the Salukis faced the Ball State Cardinals (2-2).

SIU would open the scoring in the second inning on a play where Warwick was caught stealing second, and Wood was able to run from third to home during the play.

The Salukis added four runs in the third inning as senior outfielder Maris Boelens got it started. Boelens singled home two runs and Wood then got an RBI double. The Salukis’ final run in the inning came off a wild pitch.

The Salukis scored again, taking the 6-0 lead in the bottom of the fifth. Ball State scored a runin the sixth inning but wouldn’t earn any more for the remainder of the game.

In the second game on Saturday, the Salukis took on the Depaul Blue Demons (4-3).

SIU scored early on yet again when the Salukis forced two bases loaded walks to go up 2-0 in the first inning.

Depaul tied things up in the second inning on a two-RBI single, but SIU took the lead back at 3-2 after a wild pitch.

Graduate student second baseman Maddy Vermejan would score to make it 4-2 on a sac fly from Jansen.

Depaul would tie the game up at 4-4in the sixth on another two-RBI single.

Once again, the Salukis responded quickly as Jansen got a two-RBI double in the bottom of the sixth inning to give the Salukis a 6-4 lead.

Harness got the win once again after coming in in relief in the fourth inning.

The Salukis will look to keep the streak alive as they host the Saluki Invitational next week. SIU is scheduled to play five games from Friday to Sunday with the first coming against Northern Kentucky at 12:15 p.m. on Friday.