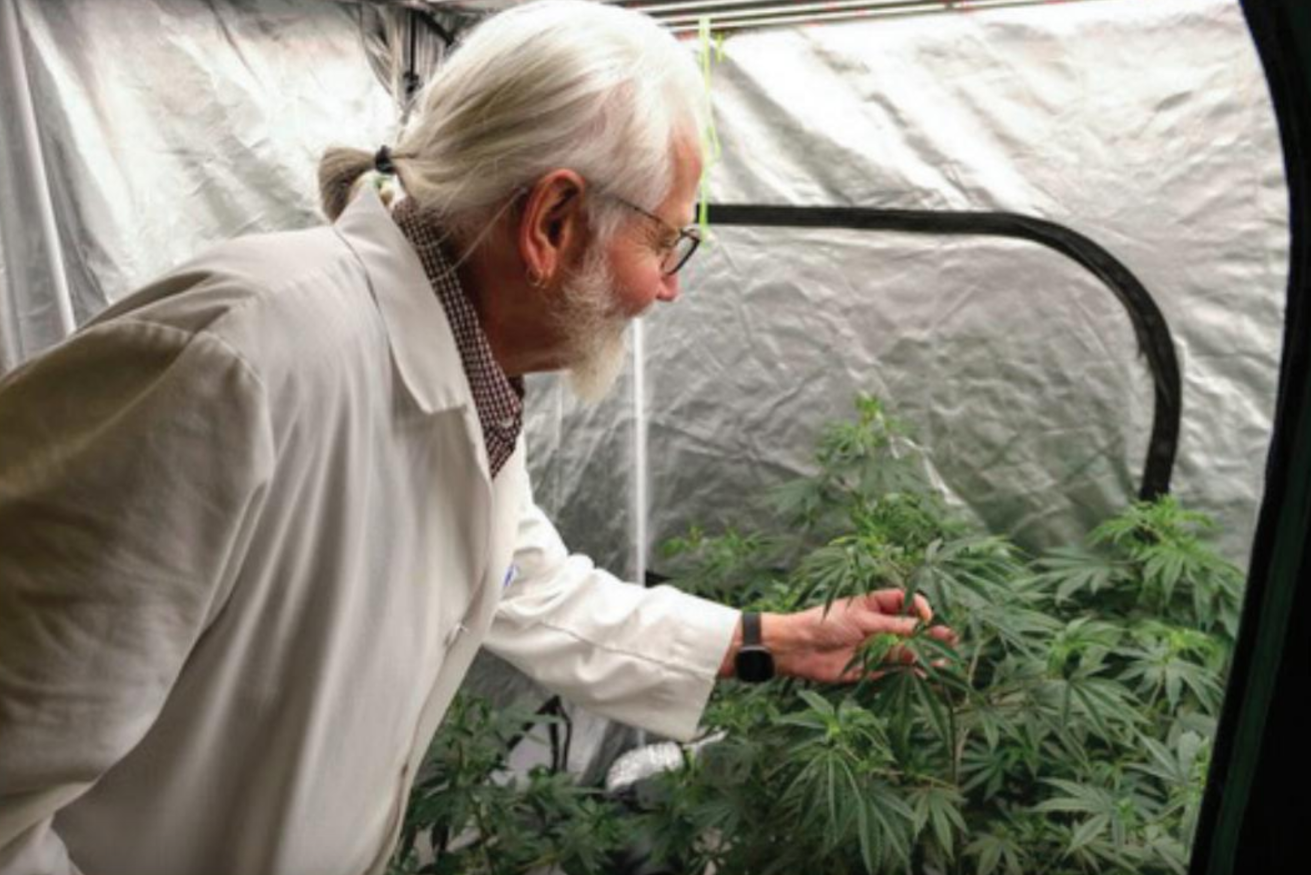 Research is being conducted at Southern Illinois University (SIU) by the Cannabis Science Center to determine the relationship between cannabinoid proteins and potentially cancerous ovarian cysts.

Dr. Dale “Buck” Buchanan, a researcher and professor of physiology at SIU, was one of the founding members of the Cannabis Research Center. He helped to pull together a dream team from various departments across the SIU system to create a pool of skilled experts passionate about the research.

“We have faculty in the School of Law, the College of Health and Human Sciences, in the Rehabilitation Institute, School of Medicine,” Buchanan said. “We have the Center for Rural Health and Social Services as a component of that.”

Hemp was previously classified by the Drug Enforcement Administration (DEA) as a “Schedule 1 drug,” making it illegal to handle or research except under extremely strict government supervision. The Agriculture Improvement Act of 2018, commonly known as “The 2018 Farm Bill,” removed hemp and hemp seed from the classification, opening up the plant to independent researchers.

“We started the Cannabis Science Center in […] December 2018, when they took it off of the controlled substances lists and legalized use of industrial help nationwide,” Buchanan said. “Since then there has been an amazing explosion.”

He said one of his particular areas of interest since the reclassification of hemp has been investigating cannabis and the truth behind the cultural narrative around its anti-cancer properties.

“The vast majority of ovarian cancer research is focused toward extending what we call ‘progression-free survival,’” he said. “So it seems misguided to me that the focus of the research is on this incremental increase in life, […] so we’re really interested in prevention.”

Buchanan said one of the biggest issues in researching ovarian cancer is a lack of viable animals to test but found a way around it with an unlikely solution.

“It’s not a natural disease in rodents, but rodents are the easiest thing to study,” Buchanan said. “But the chicken is kind of counterintuitive. It gets the same ovarian cancer that women get. Women give live birth and chickens lay eggs, but the ovaries are remarkably similar and the thing that makes them so similar is the number of lifetime ovulations.”

According to his research, Omega-three acids help to not only prevent the development of ovarian cancer, but also reduce the severity of cancers that do develop. He said flaxseed, when introduced into a diet, creates Omega-three acids which compete with the naturally produced inflammatory proteins, reducing inflammation and allowing for faster, more efficient healing of tissue.

“The consequence of this is that it has a 70% reduction in the severity of cancer and a 30% reduction in the incidence, and all we did was introduce flax into their diet,” Buchanan said. “But we know nothing about how it works, so that’s our work.”

He said the search for what causes the dramatic effects of introducing flax into the diet has brought an examination of the system of protein receptors throughout the body that react to internally produced and external, or exogenous, cannabinoids, also known as the endocannabinoid system.

Didas Roy, a graduate student assisting in research, said the endocannabinoid system likely plays some role in the production of ovarian cancer, but it is not yet known what exactly the relationship is between the two.

She says the protein she is specifically focusing on at the moment is called TGF-ß, which has many different iterations and is present in the ovaries and throughout the broader endocannabinoid system.

“We know TGF-ß is also implicated in cancer, so we are trying to see how the both of them are related to each other, who is controlling whom and how they’re contributing to the ovarian cancer,” Roy said. “TGF-ß is a family of many, many receptors and ligands, so I’m trying to look at all of them.”

She said the idea of analyzing the process is a brute force process, requiring testing of each particular protein until the correct one is found before continuing with the next step of the process and starting over again with the next phase.

“Right now, I’m just trying to confirm the primary sequences that I can look into and that’s what I found. Now we will try to see whether one or more of them get upregulated in cancer, so we can kind of tie them in and then we go downward in the downstream process,” Roy said. “We can see this specific subtype that is getting unregulated in cancer, so that will tie up the entire story.”

News Editor William Box can be contacted at [email protected].