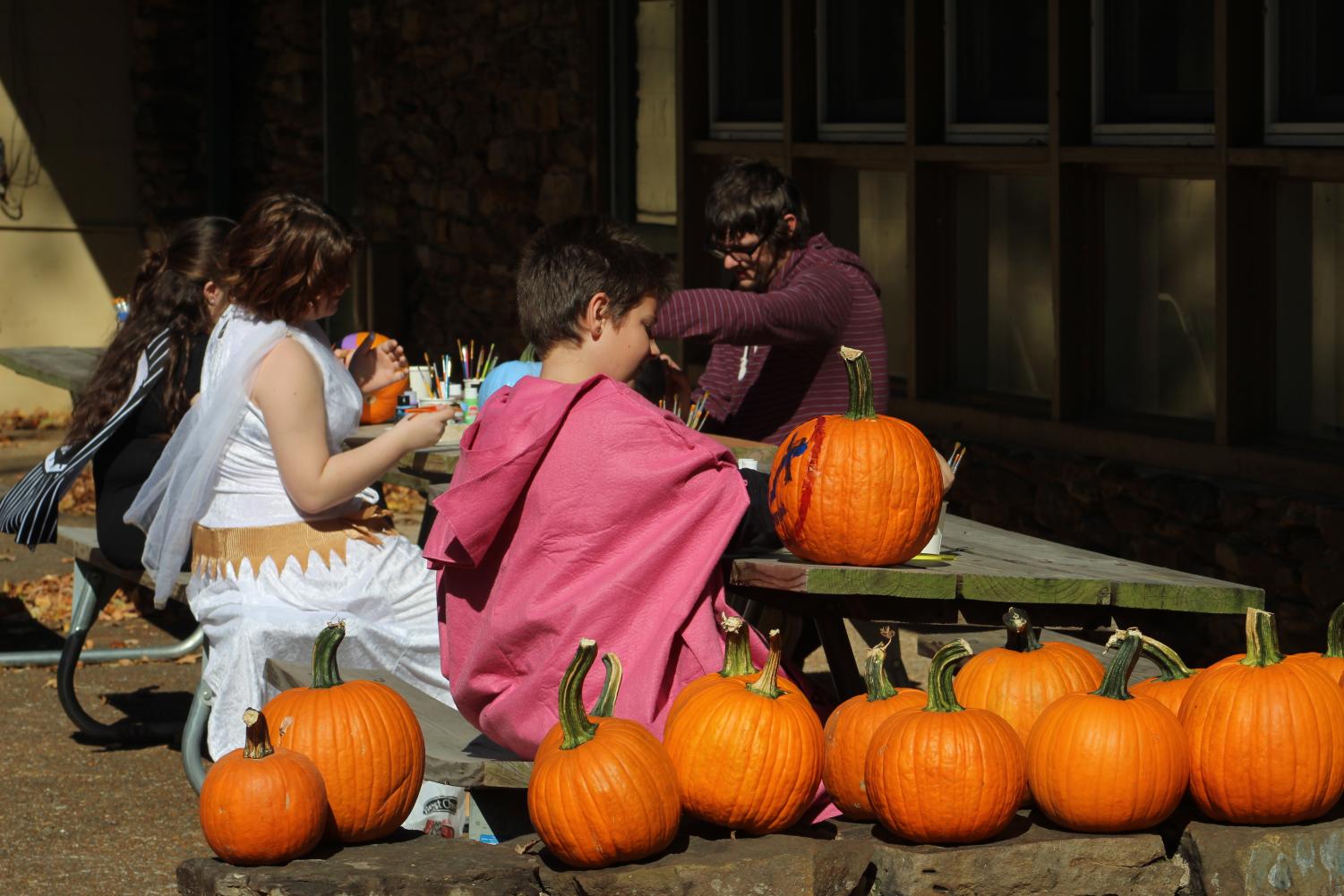 Touch of Nature hosted its 14th annual Haunted Hollow event on Oct. 23. Activities at the event ranged from climbing walls and holding insects and reptiles to painting pumpkins and faces.

Brian Croft, the director of Touch of Nature, said it hosts a variety of programs to get more people involved and interested in nature.

“So the inclusive recreation program supervises our Camp Little Giant, which is sort of our camp for people with disabilities, but their goal is to also reach out to certain populations of affinity groups who maybe don’t come outdoors as much and create programs for them to come out and enjoy it,” he said

Touch of Nature strives to include as many groups as it can in the different programs it offers so they can get out and enjoy nature, he said.

“We started 14 years ago, and it has grown leaps and bounds. I was here when we had the first one. […] I think we had like 40 or 50 people show up, and, so now, like, we’re expecting a couple of hundred which is, just, it’s fun to see the event grow. It’s just, it’s such a beautiful time in Southern Illinois to be outside. The weather’s gonna be great but it’s just been really fun to watch it grow,” Croft said.

He said, while COVID-19 restrictions limited what they could do last year, organizers of this year’s Haunted Hollow were determined to have a lot of events for friends and families to enjoy together.

People were wearing costumes that ranged from superheroes to witches. A few of the cabins were opened for kids to participate in different activities. There was also a hayride that would take people around the Touch of Nature property.

Alexia Richards, a fourth-year student studying outdoor recreation, said people who come will have no shortage of things to do with their families.

“It’s a free event, except for activities and tickets are really cheap, though. I think for a dollar, but other than that the admission is free for them to come, listen to music and look around. There’s face painting activities, […] so it’s something to get kids involved and just celebrate and be outside and hang out,” Richards said.

All the food was Halloween themed, there was vampire punch in a fake blood bag, spooky brownies, and more.

Sydney Pogue, the outdoor education program coordinator, said events such as Haunted Hollow really bring the community together and get people out of their houses for a day of fun.

She said this event gives kids a chance to wear their Halloween costumes more than once this week and allows them to interact with other people in the community.

“I think just the nature of the event, kind of just show up in the park and just kind of walk around and mingle again, because there’s food. It’s just a really great way to spend a Sunday afternoon,” Croft said.