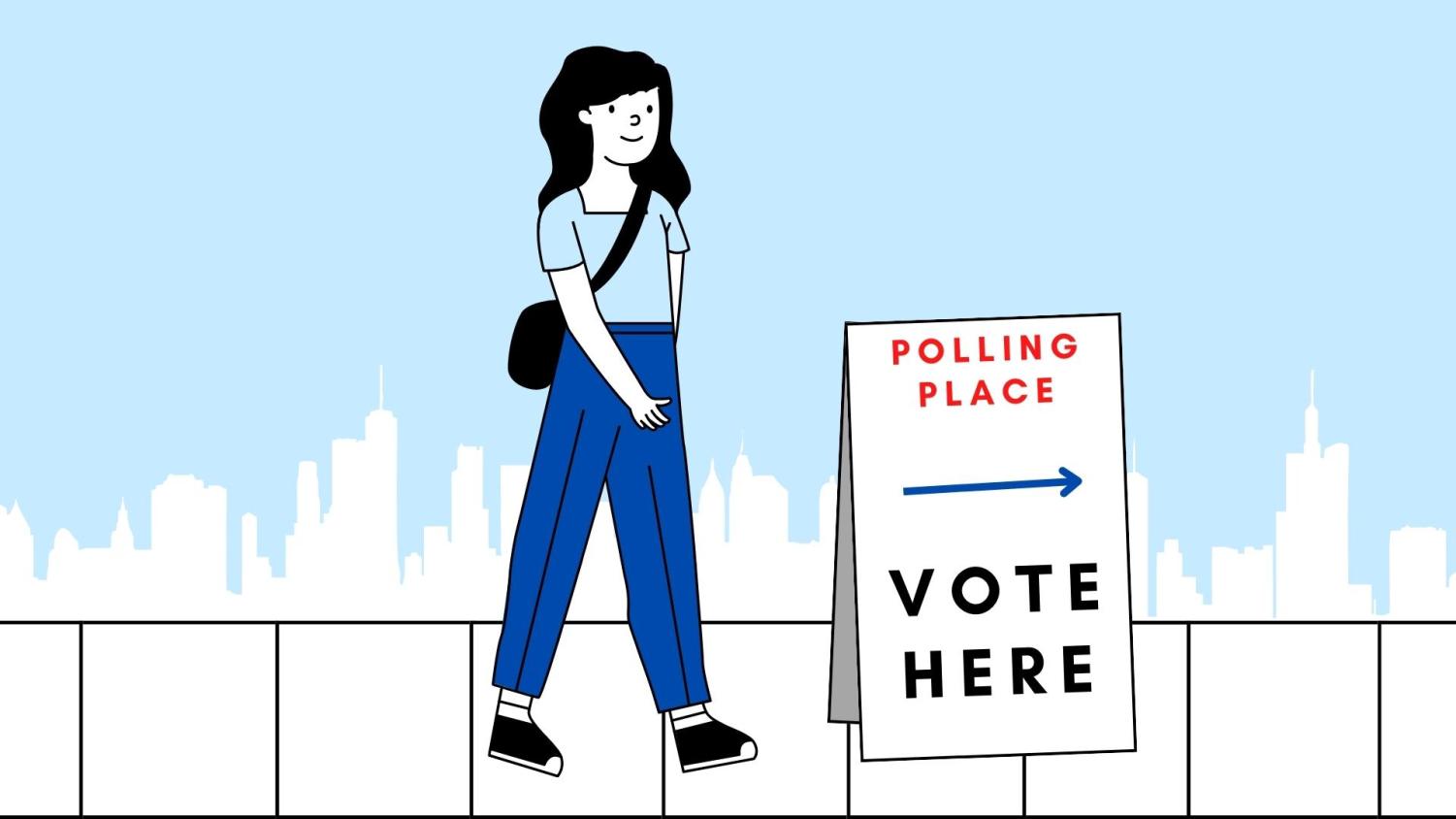 By Daily Egyptian Editorial Board

Just a few days ago, something happened on far away shores that plays out like cautionary tale should a large number of eligible U.S. voters – you – do not bother going to the polls.

Bear with the history lesson, it will make a scary sort of sense in just a few paragraphs. On September 15, the European Union parliament, in an 81% affirmative vote, agreed to declare Hungary “a hybrid regime of electoral autocracy.”

This statement seems laughable on its face, as Viktor Orban, the current president of the nation, just won his fourth consecutive election to office a few short months ago. How can an ostensibly democratic nation be labeled an autocracy, the same label applied to Russia’s Vladimir Putin or their ally Belarus’s Alexander Lukashenko?

Simply put, it involves processes that may seem prescient to our own current circumstances.

Hungary has a long and storied history of conquest and integration into larger empires, most notably as a part of the Austro-Hungarian empire which was a catalyst for the First World War. After an economic depression and a brief stint as an Axis power in the Second World War, Hungary was occupied as a member of the Warsaw Pact, remaining under the control of the Soviet Union until just two years before the fall of the Berlin Wall in 1991.

After its post-communist first elections, held in 1990, and the death of the country’s first Prime Minister in 1993, the privatization of Hungarian markets led to the corrupt ex-communist bureaucrats making huge amounts of money selling off government assets to private industries, creating a new monied elite within the relatively poor (by European standards) country.

Viktor Orban would rear his head as leader of the political opposition in the years following, coming to power through a center-right coalition government focusing on economic issues and notably preoccupied with Hungarian minorities in neighboring countries in 1998, a trait reminiscent of the German preoccupation with German minorities in the Sudetenland of Czechoslovakia, using the plight of ethnic Hungarians to squeak get his coalition into power with 55% of the vote.

Orban would lose the next election, swinging the nation’s politics back toward the left and increasing ties to NATO and the European Union. This trend continued through the first decade and a half of Hungarian politics, swinging back and forth between coalition governments led by the left or right wing of Hungarian politics until in 2010 and 2011, the right-led government garnered a majority under Orban and quickly began making sweeping changes to the nation’s constitution.

Notable changes included criminalizing gay marriage and guaranteeing fetuses legal protection from conception, effectively criminalizing abortion. Subsequent protests by the people and an international outcry led the government to then extend its control over media outlets as well as judicial reforms tying the courts to the will of the ruling party. Sounds like ideas we’ve heard rattling around here at home.

In 2012, the Hungarian President, Pal Schmitt resigned following a scandal and was replaced in an election boycotted by the opposing Socialist party and guaranteeing the position would be filled by a founding member of Orban’s Fidesz party and paving the way for euroskeptic and anti-semitic parties to take part in his coalition and attain legitimacy in the government.

This slow progression of politics from one of balanced equilibrium to a legal overthrow of established order lends its power from a growing perceived lack of trust in the ruling government and playing on the anxieties of a people until they agree to give up rights and freedoms in exchange for the security of an authoritarian.

In the same vein, during Trump’s presidency, he appointed more than 200 judges in one term, vastly outpacing previous presidents and filling vacancies left unfilled for political reasons at the end of Obama’s term. Trump filled three Supreme Court seats, each of whom verbally confirmed their reticence to overturn established law before going back on their word and doing just that, overturning Roe v. Wade, the exact ruling they were asked about during their confirmations hearings.

Trump attacked the press, even going so far as to encourage violence against reporters and photographers and, in a rally he held on March 13, 2016, he said (and later backtracked from) he would pay the legal bills for people who do so. He exacerbated Republican xenophobia and racism by making executive orders specifically and overtly motivated by a desire to exclude Muslims and Latinx immigrants, and of course there was his clarion call, the southern border wall.

Trump is the culmination of a conservative project that, here in the U.S., has been building for decades and is currently in a wrestling match for the soul of the Republican party. The party which has, for decades now, suffered from a draw toward authoritarianism draped in an American flag and carrying a cross.

The Christian-nationalist sentiment fomenting within the party started under the auspices of Ronald Reagan, who first brought together the economic, religious and militarily-minded members of the party under one umbrella, and now rears its ugly head with the election of figures like Lauren Boebert of Colorado, Matt Gaetz of Florida and Marjorie Taylor-Greene of Georgia, all of whom openly oppose the democratic process and advocate for the overthrow of our government in favor of placing Trump as the authoritarian autocrat of America.

The political landscape, like that of Hungary, has since been oscillating between Democratic and Republican leadership as well, with previous parties often spending the first years of their authority undoing the actions of previous administrations before implementing policies in line with their viewpoints while doing little to address the larger concerns of the populace.

The ongoing lack of actual change wears on the population as well. When I talk with friends and colleagues about politics, one of the major challenges I face is the apathy many people my age feel toward their ability to affect the broader world around them.

They feel powerless to make a difference, and that either saps all motivation from them, making them like jellyfish coasting along with wherever the current takes them, or they swing to the opposite extreme, the path I took in 2016, of finding a group who would take their desire to make the world a better place and feeding them into an echo chamber where their ideas are the only ideas worth listening to.

Here in America, 2022 is what is commonly known as a midterm election. Governor seats and legislative seats across the country are on the ballot and, despite previous signs of a complete Republican takeover in both chambers of Congress, the ballot has swung to a decidedly more uncertain possibility.

The overturning of Roe v. Wade just a few short months ago has motivated a large number of people who otherwise wouldn’t have voted or voted Republican previously to lean more toward voting for Democrats to preserve access to abortion rights across the country.

Unfortunately for the GOP, Lindsey Graham of Kentucky played the Republican hand a bit too soon a few days ago on September 13 by proposing a nationwide ban on all abortions after 15 weeks, betraying the previously stated official platform of the party to leave the decision of what to do with abortion up to the states.

In short, what we face this year is yet another choice for the direction of our nation.

John Stewart Mill, a philosopher in the early and mid 19th Century, wrote in an address at the University of St. Andrews in Scotland, “Let not anyone pacify his conscience by the delusion that he can do no harm if he takes no part, and forms no opinion. Bad men need nothing more to compass their needs than that good men look on and do nothing.”

Apathy, fear and a desire for a simple answer are what destroyed the Hungarian peoples’ chances for real, effective democracy. They were forced to watch while their government was snatched from them practically overnight because they allowed an authoritarian to seize power and bend the rules to prevent them from removing him.

Orban reshaped the country into his image of what it should be. In the U.S., our traditions and institutions safeguard us from the worst of such offenses, but we are at a crossroads in which one party seeks to dismantle the establishment that protects our rights and freedoms while the other party weakly, but successfully prevents the ever-encroaching pull of autocracy.

I may be biased. My ideals and values are diametrically opposed to one group while the other only tacitly accepts my beliefs, but we live in a nation where coalition governments don’t exist and there are only two real choices for which party should lead the entire country.

Don’t be deceived by the idea that your vote doesn’t matter. Don’t abandon your freedom to choose and to speak merely because you feel it won’t change anything. Embrace your power as an American, guaranteed the right to vote through the fight of many who came before us, to decide your future.

If you are not yet registered, click here for information on how to do that, and the do it. Our freedoms, our very democratic way of life, is at stake. 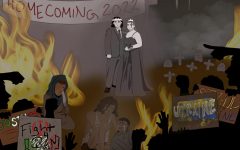 Letter from the Editor: Homecoming celebrations remind us not all are free 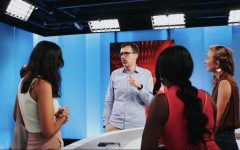 Foreword: The environment and racialized development

After nearly two years of societal upheaval due, in large part, to the COVID-19 pandemic, it can be easy to push anything not of the most immediate im... 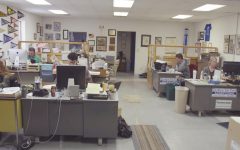 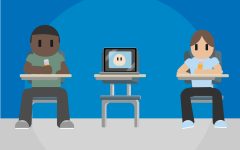 Back to campus is just another day for online students 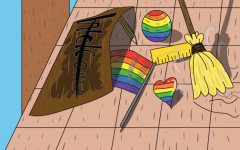