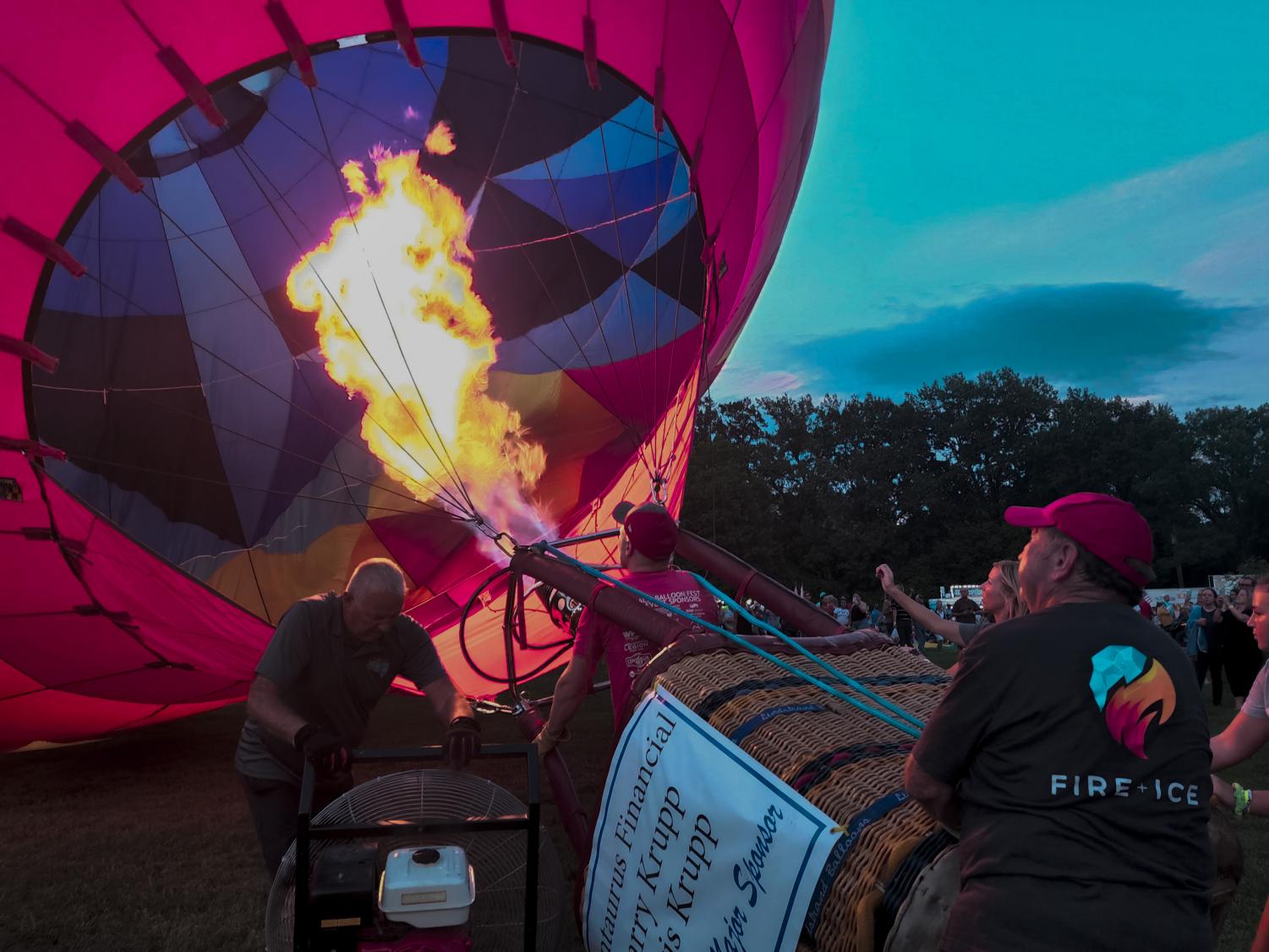 A balloon crew uses a burner to fill one of the hot air balloons with hot air in preparation for the Balloon Glow Aug. 20, 2022 at the Centralia Balloon Festival in Centralia, Ill. (Dominique Martinez-Powell | @dmartinez_powell.photography)

A balloon crew uses a burner to fill one of the hot air balloons with hot air in preparation for the Balloon Glow Aug. 20, 2022 at the Centralia Balloon Festival in Centralia, Ill.

For many Southern Illinois natives, the Centralia Balloon Fest is home to numerous memories with family and friends of walking around with a corn dog in one hand and a lemon shake up in the other, watching hot air balloons slowly come to life while craft vendors sell jewelry, toys and artwork in the distance.

You can’t help but feel joy while strolling through Foundation Park during the festival. There are children playing in the grass with marionette animals, families laughing with each other on picnic blankets and hundreds of people taking photos with the balloons as the pilots ignite the burners, sending hot flames through the colorful fabric of the envelopes.

For vendors at the park, the Balloon Fest is a time to reach around 40,000 potential customers, according to the See Centralia website. According to the Centralia Chamber of Commerce website, there were more than 100 vendors this year in the food and craft fair.

We Make Stuff, an art studio based out of Odin, Illinois, was told to check out the festival by a tie-dye vendor who had been at the park in previous years, and the owners decided to give it a try.

One of the artists, Erin Grapperhaus, said she was enjoying the festival and her experience with the vendor fair has made her want to come back again in the future.

“It’s been really nice,” Grapperhaus said. “I definitely think we’re going to do it again.”

For first time visitors to the events, the Balloon Fest can be enchanting. Chris Greenwalt first came to the festival ten years ago with her grandson and enjoyed her time and wanted to return once more to see it again.

“It’s peaceful. It’s a beautiful night. It couldn’t be better,” Greenwalt said. “Best time in the world to come to this.”

Greenwalt said the festival has grown quite a bit since the last time she came, but the food was just as tasty. This year, she came with first-time attendee Pam Cagle who was excited to see the balloons for the first time.

Stephanie Sachtleben, who has been with the Centralia Balloon Fest since its birth in 1990, said that’s exactly what the balloon fest was designed to be: a family thing.

Sachtleben and her husband, who is the Foundation Park superintendent, were part of the Come Home to Centralia committee in 1989 when leaders in the community decided Centralia needed an event to draw people back to the town. At the time, Danville, Illinois had a large balloon festival, so the Sachtleben family decided to look into it.

A few months before Centralia’s first balloon festival, Sachtleben went to Danville to experience the festival for herself.

“We went up there and it was at the airport and it was hot and dry and dusty,” Sachtleben said. “People stood by the chain-linked fence to see them.”

According to Sachtleben and her husband, that wasn’t what they wanted for their balloon fest. In Danville, the balloons would fly down between the runways and then leave. In Centralia, they wanted a more personal experience with the balloons. They wanted people to be able to get close to the balloons and interact with them. 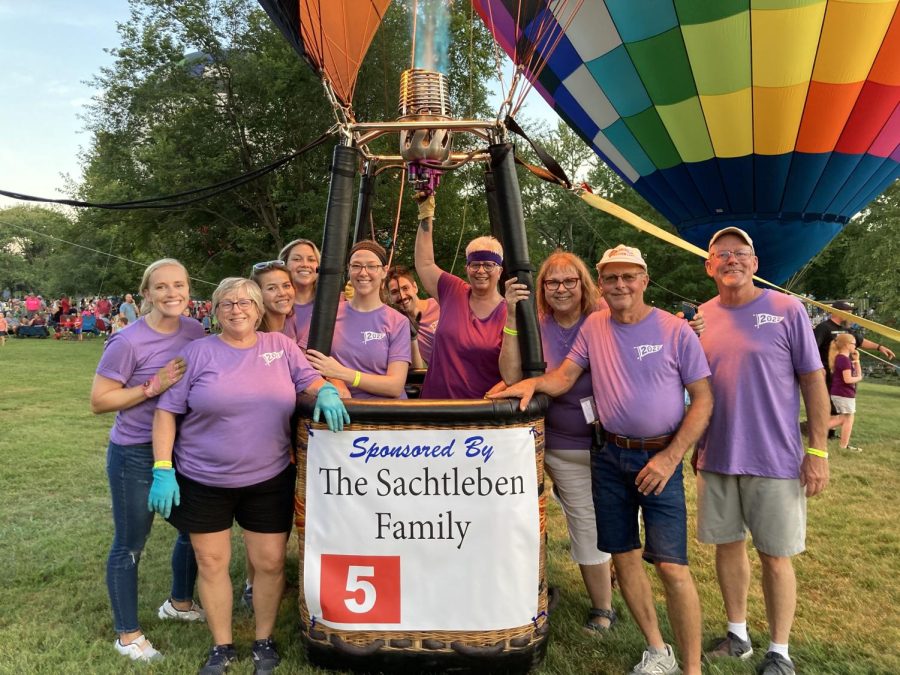 But that first balloon fest didn’t go quite to plan.

“The first night, Friday night, was all here. Everybody was really hyped up and excited, and I can remember […] one of the first balloons […] it starts to go up, and it was so cool, but just within seconds, a wind hit it and it was down. And it started raining. And that was that night. And it pretty much rained most of Saturday. We didn’t get anything up out here,” Sachtleben said.

Luckily, Kaskaskia Community College hosted the balloons on Sunday, according to Sachtleben, where the balloons finally were able to fly.

“That was where they actually got to fly,” Sachtleben said. “Finally getting to see them take off, that really excited the community and the rest is history.”

Over the past 32 years, the balloon festival has continued to grow.

“Thirty-two years for an event like this is pretty freaking amazing,” Sachtleben said, “and I know back when we hit 20, people were thinking, ‘Oh, it’s about to hit its peak,’ but what has really kept it together is the thought that went behind it.”

This year, the park hosted almost 40 balloons, and one of them was extra close to home for the Sachtleben family.

“This is the first time we actually sponsored a balloon,” Sachtleben said. “We did this to get the family together and I’m so glad we did because it worked […] we had a really good time.”

According to the Sachtleben family, the balloon fest brought the family together from all parts of the country, including Seattle, Atlanta and Chicago.

But the familial aspect of the Centralia Balloon Fest doesn’t end with the Sachtlebens. It encompasses the entire community.

“People put a balloon on their porch, and everybody gets into it and tries to clean up the yard, make things look nice, and that’s good,” Sachtleben said. “It’s a community involvement all around.”

The Centralia Balloon Fest has grown into a family tradition for many members of the Southern Illinois community, but last Saturday, incoming storms threatened to keep the pilots from inflating the balloons.

With the news already looming that the balloons weren’t allowed to fly, attendees waited patiently around the pond in hopes that they’d still get to see the balloons inflate before the night ended.

With the sun slowly setting, the announcement boomed over the crowd that the balloons were allowed to inflate. Pilots began quickly getting their balloons off the ground and excitement started to build among the park guests.

As the night came to a close, the announcer finally said the familiar commands over the loudspeakers, “Balloons, glow! Balloons, flicker!”

Editor in Chief Sophie Whitten can be reached at [email protected] or on Instagram at @sophiewhitten_. To stay up to date with all your southern Illinois news, follow the Daily Egyptian on Facebook and Twitter 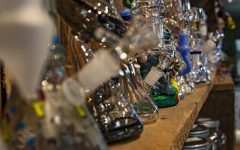 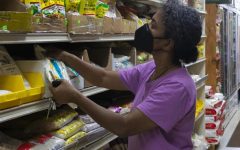 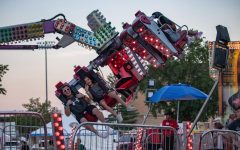 100 Years of the Du Quoin State Fair: A Family Tradition 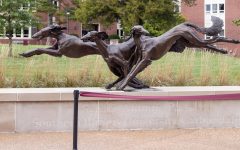 Getting around campus: Interactive map details points of interest at SIU 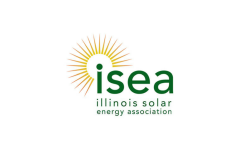 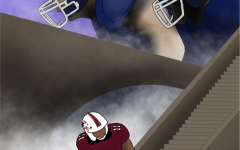