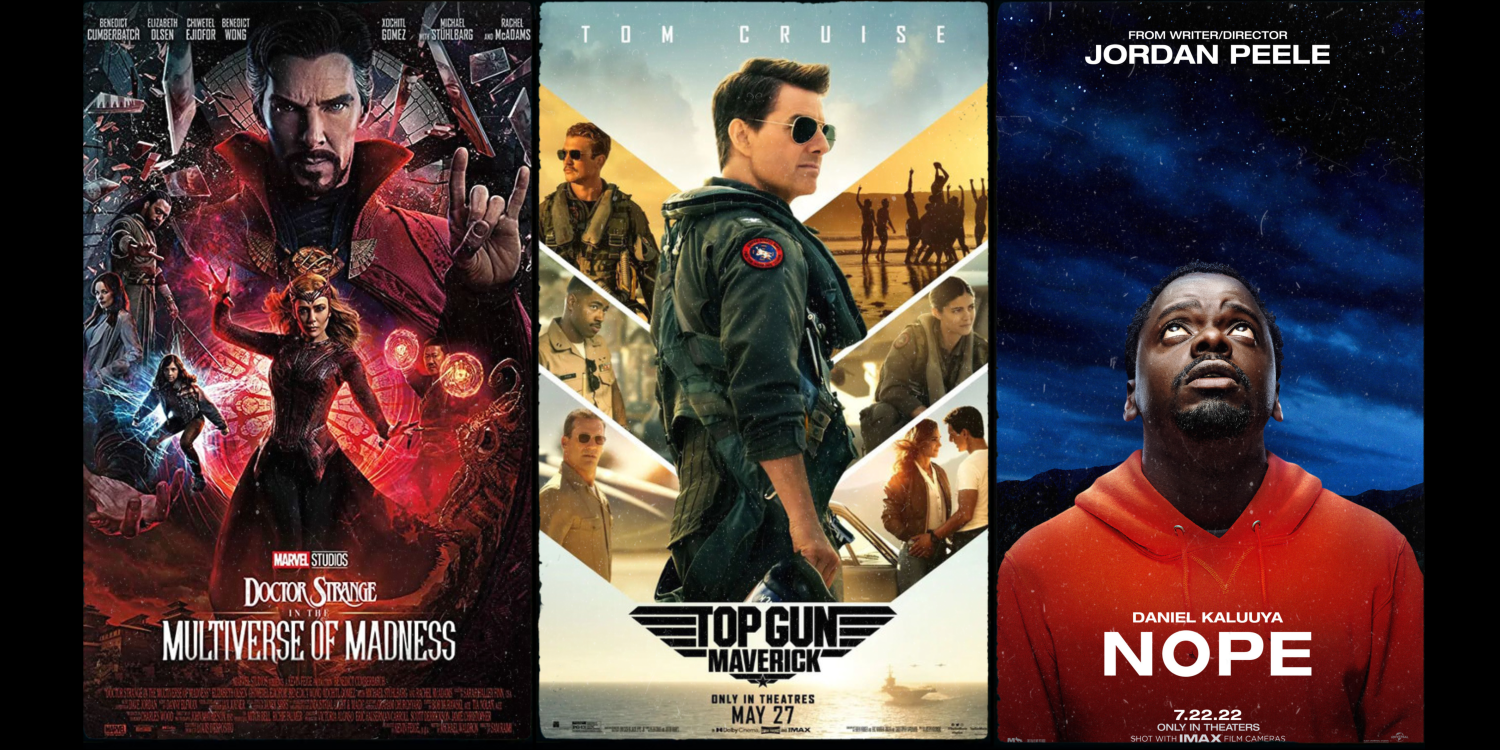 Entertainment Column: Catching up on the summer’s best movies and shows

Historically, the summer has always been the most exciting time to be a movie lover.

Since “Jaws” blessed the silver screen in 1975, birthing the modern blockbuster (and is aptly getting a theatrical re-release this September), May through July has been the most coveted spot for the year’s biggest and most successful films. 2022 is no different, but also is the first true “return” of the traditionally packed summer slate since the outbreak of the COVID-19 pandemic. It seems that things are back in full swing, with “Top Gun: Maverick” soaring to the thirteenth highest grossing film of all time, and is still playing in cinemas across the world, nearly three months into its release.

But now, in the current era of massive high-budget shows often matching or exceeding the budget of some films, television has started sharing some of the summer real estate, with streaming services similarly holding onto their biggest draws until the summer. The latest season of “Stranger Things” reportedly cost $30 million dollars per episode, which would total to an estimated $270 million dollars for their newest fourth season. This unprecedented scale easily makes it Netflix’s largest show, and the most expensive television show of all time.

Statistics aside, it’s clear that just as many people are tuning into these huge television events as people are going to the theaters, and often exceeding them. There were a multitude of excellent series that either continued or started this summer, although not all on the scale of “Stranger Things”. Here is a rundown of all the biggest and best films/shows of the summer, some of which you may have missed, but can still catch up on.

Doctor Strange and the Multiverse of Madness:

Kicking off the summer in early May, Marvel Studios released the long-awaited sequel to 2016’s “Doctor Strange.” It came fresh off the heels of the character’s last appearance in “Spider-Man: No Way Home” just six months prior. While “The Multiverse of Madness” created a lot of excitement among superhero fans, it arguably created more for fans of Sam Raimi.

The film was Sam Raimi’s first in nearly ten years. He is most well known for his work on “The Evil Dead” series and the original “Spider-Man ” trilogy starring Tobey Maguire. Raimi has been directing for more than 40 years and, as an auteur filmmaker of horror and superhero movies, it was easy to have high hopes for the film.

“Doctor Strange and the Multiverse of Madness” is easily one of Marvel’s best films and it’s no surprise considering the level at which Raimi works. It’s the most stylish and easily the most horror-influenced entry in the franchise. The film has quickly become one of my favorite superhero films and hopefully will continue to influence Marvel to let more creative filmmakers have a larger fingerprint on their projects.

Also in May, the follow-up to 1986’s “Top Gun” was finally released nearly 40 years later, after numerous COVID-related delays. The film also is Tom Cruise’s first film in 4 years, since “Mission Impossible: Fallout.” Cruise was notorious, in the press, for continually pushing back the film’s release date, refusing to have it released on streaming and positioning it for a period in which people were comfortable to go back to the theaters. When it did finally release, it received endless praise and, as previously mentioned, destroyed multiple box office records.

The film is a technical marvel and is truly a beautiful cinematic experience on the big screen. It’s at the height of what can be done on this scale within the medium. And while my audience cheered and clapped throughout the film, I couldn’t help but think “the movies are finally back.”

Another long-delayed follow-up to finally release this summer was the fourth season of “Stranger Things.” It also saw numerous delays due to COVID but finally came back bigger than ever, with its first seven episodes being released on May 27 and the last two on July 1.

This marks the most expensive and longest season of the show yet. Right off the bat, this season showed it wasn’t messing around, with continually impressive production and stakes higher than ever. It takes more risks and creative choices than the show has since its first season, and they all pay off in the end, making it the best season yet. “Stranger Things” continues to be endlessly entertaining in its penultimate season and proves itself as one of my favorite pieces of television in the last decade.

This Amazon original series saw its return this summer, with the third season kicking off in June and ending in July. The extremely R-rated adult superhero series continues its streak of balancing shock value with its most socially poignant season yet. It ups its stakes and introduces the alluded-to, fascinatingly psychotic new character, “Soldier Boy,” a Captain America clone played perfectly by Jensen Ackles of “Supernatural” fame.

While this season serves up more of the witty dialogue and entertaining ultra-violent action sequences that made the first two seasons so captivating, this season edges it into masterpiece territory. With a horrifyingly accurate parallel between the show’s main villain, “Homelander,” and former U.S. president Donald Trump, as well as many other biting pieces of nihilist political satire. While at times, it couldn’t be more on the nose, I think that’s just what the show wants to be and maybe exactly what we need.

Jordan Peele makes his triumphant return, with his third original horror film, “Nope.” Following 2017’s smash hit “Get Out” and 2019’s “Us,” Peele continues to solidify his place as a modern master of the genre. The film shows his take on the science-fiction/alien invasion subgenre, but it still has the unique sense of terror and dread that Peele has sharpened in his previous two features. Most excitingly, this is his first true venture into a blockbuster film and in moments shows a lot of kinship with the filmmaking style of Steven Spielberg. Nope is a razor-sharp technical marvel, rich with thematic depth and is easily the best movie of the summer.

This summer showed a lot of promise with some truly spectacular movies/shows. The industry is finally seeming to fully recover from the repercussions of the Pandemic, and we are seeing the fruits of so many long-delayed projects. 2022 is poised to be a historical year for film and television alike, which is quite relieving considering just two years ago, everyone was unsure if they would ever be the same.

Staff reporter Zaden Dennis can be reached at [email protected] and you can find his other reviews at letterboxd.com/Zadenator.To stay up to date with all your Southern Illinois news follow the Daily Egyptian on Facebook and Twitter.