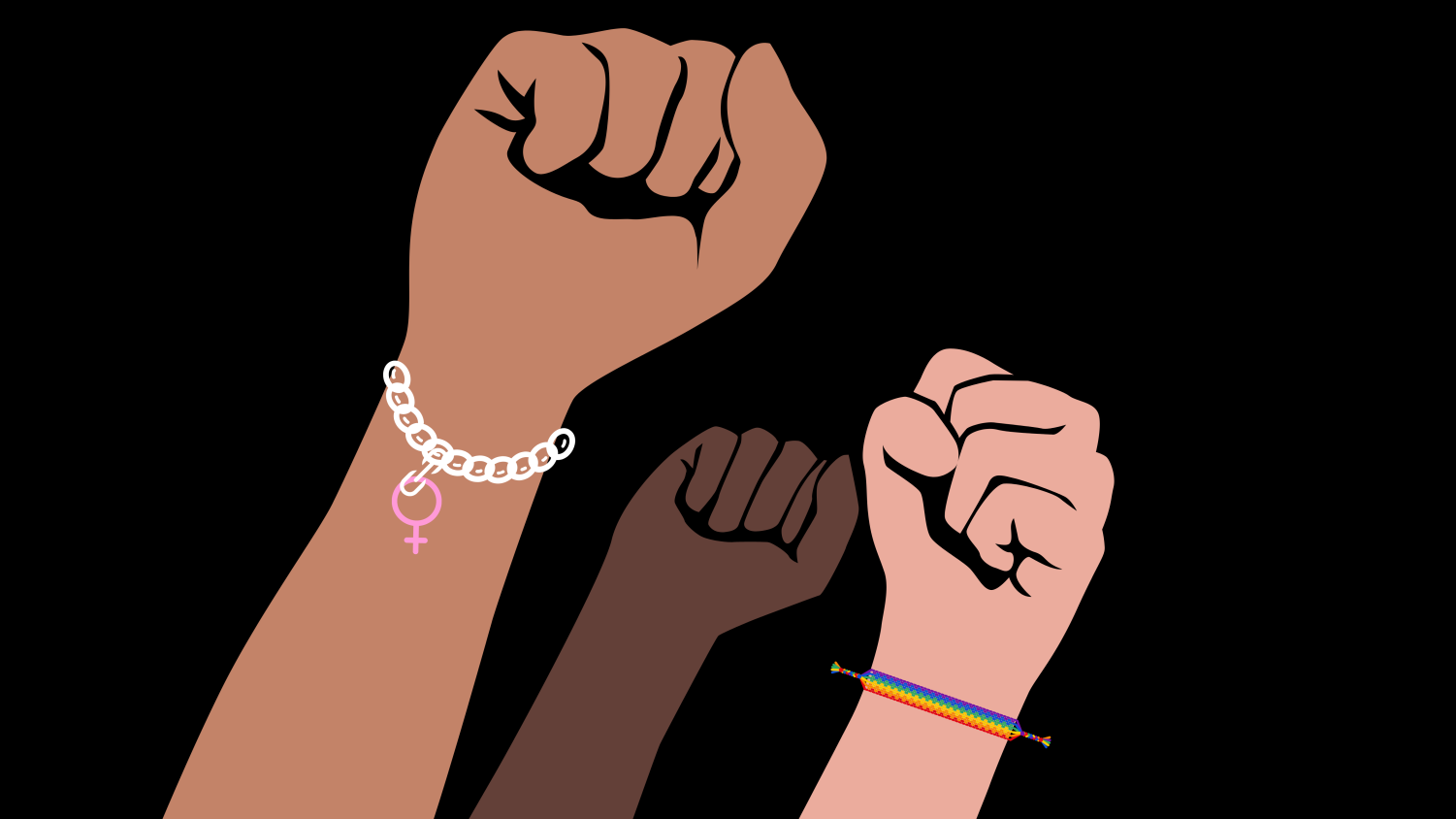 Opinion: They won’t stop and neither should you

An eternity ago, at the beginning of May, an unprecedented leak took place in our nation’s capital. For the first time in the history of this country, leaked drafts of what was presumed to be the ruling the Supreme Court of the United States (SCOTUS) had settled on in the Dobbs v. Jackson Women’s Health case presented to them in December were presented to the public and generated a massive outcry.

Mass action in the form of protests and other events were organized to express the public opinion regarding the rights guaranteed by Roe v. Wade nearly 50 years ago in 1973.

But, on Friday, June 24, the world was stunned at the official decision, steadfastly held to by the six ostensibly “neutral” judges who ruled to overturn the precedent despite five of them claiming under oath this exact outcome wouldn’t happen during their confirmations.

These judges were appointed by Republican presidents, only one of whom won the popular vote during their elections, with the final three being appointed by former president Donald Trump in controversial hearings which took us from Neil Gorsuch’s accusations of plagiarism to Brett Kavanaugh’s college parties to the “handmaids” of Amy Coney Barrett’s People of Praise religious group.

These justices insidiously bided their time until, after the confirmation of Barrett gave conservatives an uncontestable 6-3 majority, patiently waiting until they were presented with the case that will forever be known as the one to overturn Roe v. Wade, Dobbs v. Jackson Women’s Health.

Prior to the ruling, a study from the Pew Research Center in 2019 found 61% of the U.S. population favored keeping abortion available in all or most cases. The same study concluded these finding fell along party lines, with those strongly inclined to agree with the preservation of the right to abortion tending to lean Democrat and those against tending to lean Republican.

This finding, while it is good to know officially, is mostly expected in the mainstream understanding of the positions surrounding abortion. Those who support the availability of abortion access, typically Democrats, tend to do so for practical reasons. The ruling of Roe explicitly precludes laws barring access to abortion during the first trimester, but divisions arise in expanding access beyond that mark.

Alternatively, the increasing religiosity of the conservative wing of the country has used Roe as a rallying cry to mobilize its followers in a crusade against perceived degeneracy and demonic influence, unifying under the increasingly reactionary Republican party proving itself more willing to ban the practice entirely even in extraordinary cases like those of rape and incest under the pretext of a divine or philosophical calling to do so.

Since the original Roe ruling, the Republican party has made overturning the precedent a plank of their party platform. However, the political loophole that allowed the ruling, stemming from a reinterpretation of the right to privacy granted by the 14th amendment, has served as the basis for other rulings that were named directly by Justice Clarence Thomas in the Jackson ruling, and here’s where the insidious nature of the current SCOTUS majority comes into play.

The loophole, known as the Due Process clause, has served as the basis for a number of landmark civil rights cases in the past, predicated on the idea that the state should not be able to violate a person’s privacy without “due process of law.” Some of the cases predicated on this idea, mentioned by name in the Jackson ruling by Thomas as cases the SCOTUS should revisit, include Obergefell v. Hodges, Lawrence v. Texas and Griswold v. Connecticut. These cases grant the constitutional protection of gay marriage, the repeal or deactivation of anti-sodomy laws, and the right to all forms of contraception respectively.

The argument given by Thomas in Jackson stems from the lack of specificity in the wording of the 14th amendment. According to their logic, because the “privacy” in question is not specified in the amendment itself, and there is no federal law on the matter, the right to decide what is protected falls to the states.

In practice, this would mean all laws stemming from the same due process argumentation would need to be revisited. This would mean any laws currently in place but unenforceable due to these rulings would immediately be considered viable again should they be overturned, just as the “trigger laws” have made abortion immediately illegal or severely restricted in 11 states with more on track to trigger in the coming months.

Now consider the prior cases, especially in the case of Obergefell. These are predicated on the ruling established in Loving v. Virginia which explicitly rules anti-miscegenation laws, or laws banning or punishing interracial relationships and marriages, violate the Due Process clause and would later implicitly be ruled to apply the same to non-heterosexual relationships and marriages as well.

This is why I felt compelled to write this piece.

I am a Black man married to a White woman. My wife’s family lives in Alabama. Alabama, the last state to do so, repealed their statewide anti-miscegenation law in 2000 and it only passed with 60% of the legislature. While I have no doubt the Illinois legislature will preserve the rights currently being stripped away at the federal level, I have little faith in the deeply religious, extremely conservative legislatures of many other states in the Union.

Had the Loving case not gone to the SCOTUS in 1967, the couple would have been sentenced to either a year in jail or, presumably in an act of “mercy” by the trial judge, leave Virginia, where they lived, for 25 years. If similar states, like the state my wife’s family lives in, were to reinstate similar laws in the absence of such protections regardless of the will of the people, which Republicans have shown a willingness to do, my wife and I could be punished with fines or jail time just by existing together in a state that disapproves of our relationship.

The collective shock of the recent decision is warranted. It is a blatant betrayal of the expressed will of the people it is supposed to protect and represent. It is an opening salvo against rights Americans have been guaranteed for nearly three generations, coordinated by a collection of people who believe they are divinely anointed to shape the country into a religious state, and supported by a vocal, militant minority.

I don’t advocate for fear or hate. But I will unequivocally call for all supporters of the rights of the individual to choose their partners, Black or White, straight or gay, to vote not just in 2024, but this year in November. The protections currently granted by the court decisions likely to be reversed will likely only be protected at the national level again if legislation is passed through congress explicitly protecting them.

As such, if you value the freedom to choose your partner, plan your family, or engage in anything more interesting than missionary, the bare minimum you can do is vote for people who will protect those rights. If you want to do more, volunteer to aid those who will be affected or help in campaigns geared toward making the changes we want to see.

Rights can’t fight for themselves. 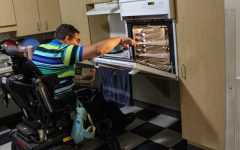 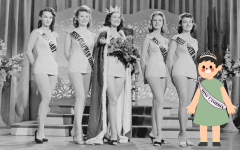 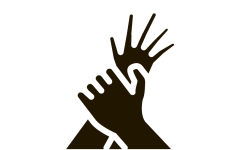 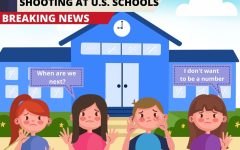 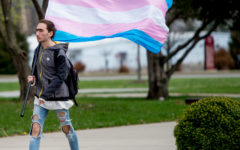 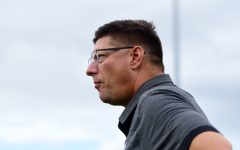