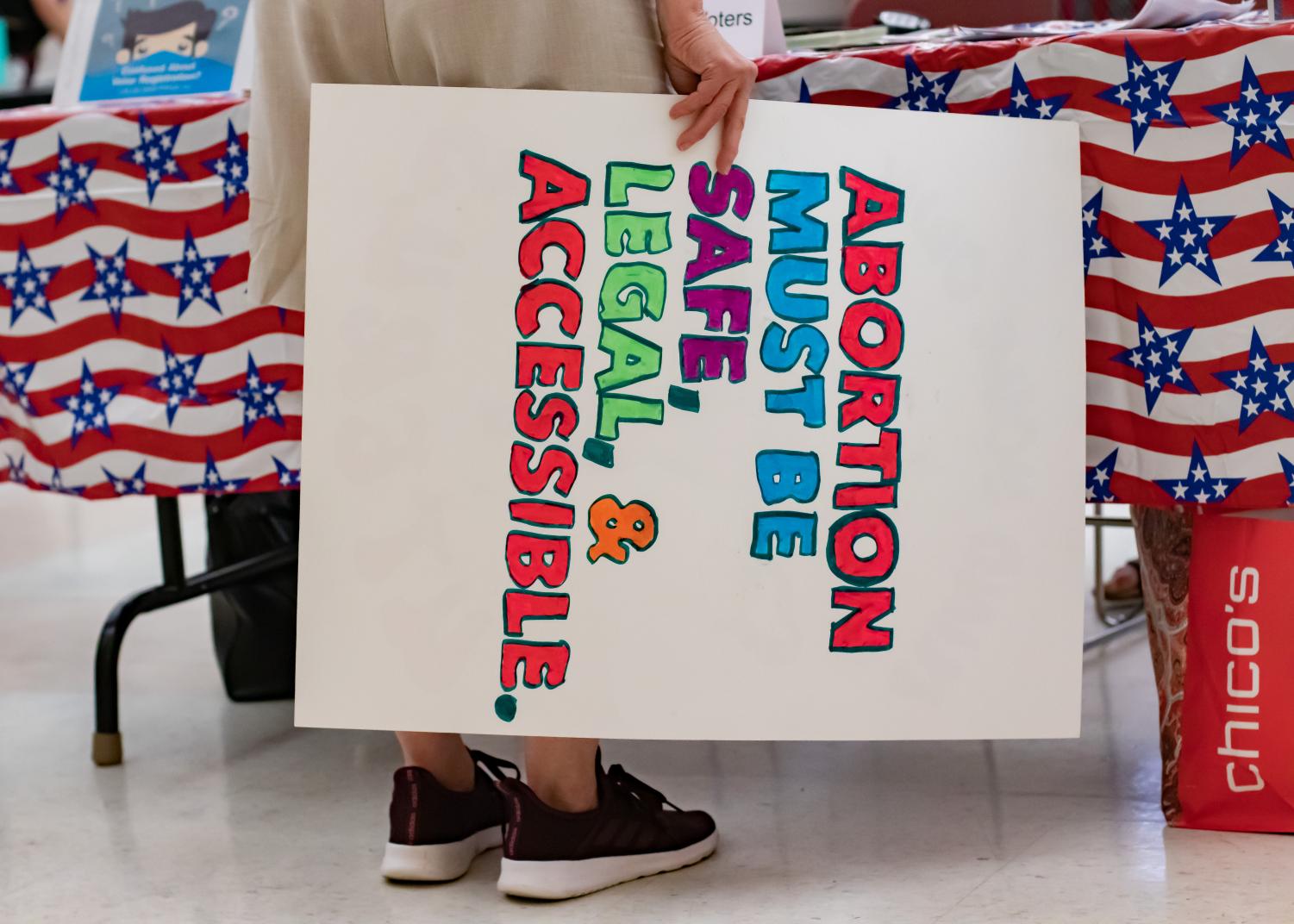 A woman carries a poster saying, “Abortion Must Be Safe, Legal, & Accessible” at the Bans Off Our Bodies March May 14, 2022 in Carbondale, Ill. (Sophie Whitten | @sophiewhitten_)

A woman carries a poster saying, “Abortion Must Be Safe, Legal, & Accessible” at the Bans Off Our Bodies March May 14, 2022 in Carbondale, Ill.

In the wake of the monumental overturning of Roe v. Wade by the United States Supreme Court conservative supermajority on Friday, June 24, many are currently or will soon be left without the option of obtaining a legal abortion in the state they live. Among those affected will be the residents of Tennessee, which implemented a trigger law in 2019 criminalizing abortion 30 days after the official overturning of Roe.

Illinois is one of the few states in the surrounding Midwest expected to retain the right to choose, largely because of the Democrat-controlled state legislature. Because of this unique position, the CHOICES Center for Reproductive Health in Memphis, Tennessee, is planning to move to Illinois.

CHOICES has provided the Memphis community with abortion services, gender-affirming care, birth control, and midwifery services since it’s founding in 1974. However, with the imminent criminalization of abortion looming, CHOICES is officially establishing a clinic in Carbondale. This clinic will be the southernmost in the state, with the nearest being the Fairview Heights Health Center.

According to Holly Calvasina, development director at CHOICES, one of the main reasons the center chose to establish its new clinic in Carbondale specifically is its proximity to Memphis, as well as the Amtrak line which runs between the two cities.

“The thing that originally brought us to look around in Carbondale was the location,” Calvasina said. “It is three and a half hours from Memphis, three hours from Nashville, a stop on the Amtrak making it really accessible to folks from the south.”

Calvasina said the staff at CHOICES began planning for a move out of Tennessee last fall, well before the uproar caused by Justice Samuel Alito’s draft opinion leak at the beginning of May. For those who follow reproductive rights closely, Calvasina says, the draft leak and subsequent overturning wasn’t much of a surprise.

“I feel like a lot of people are acting as if, ‘Like, how could you possibly know?’” Calvasina said. “But the Supreme Court had never agreed to take a pre-viability ban before [Jackson V. Dobbs], so we knew that by agreeing to take the case they were signaling what was going to happen.”

Calvasina said, as of right now, the location of the clinic cannot be revealed due to security concerns.

Jennifer Pepper, CEO of CHOICES, said the goal is to have the clinic operational with select reproductive services by August, before rolling out various other services over the course of the next few years.

After CHOICES made this announcement in early May, there were a variety of reactions from Carbondale residents and the surrounding community. Several groups from local churches showed up to a Carbondale City Council meeting to express their dissent, while at the following meeting, abortion rights advocates came to show support for the clinic.

Pepper said, in the face of opposition, she and her staff typically avoid engagement and press on to the best of their abilities.

“We’ve always had a policy of non-engagement with folks that protest our clinic or harass our patients,” Pepper said. “I just really wish folks that are strongly opposed to abortion don’t have to make that decision for them or their families. I hope they can make the decision that they want to make, and I really wish they would allow other people that same room and that same grace to make their own decisions for their families in their own lives.”

With the  likelihood Illinois will be one of the only states in the region expected to still provide abortions, it is likely Illinois will experience an influx of those coming from other states for medical assistance. As such, Calvasina believes CHOICES will need to be but one of many clinics to assist those in need of reproductive services.

“We are going to do the best that we can and do everything that we can as an organization, to serve as many people as possible, but we are heading headlong into a human rights crisis,” Calvasina said. “It is going to take a lot more organizations than CHOICES getting involved to serve the incredible need.”

Pepper said it’s not possible for one clinic to take on the work of many.