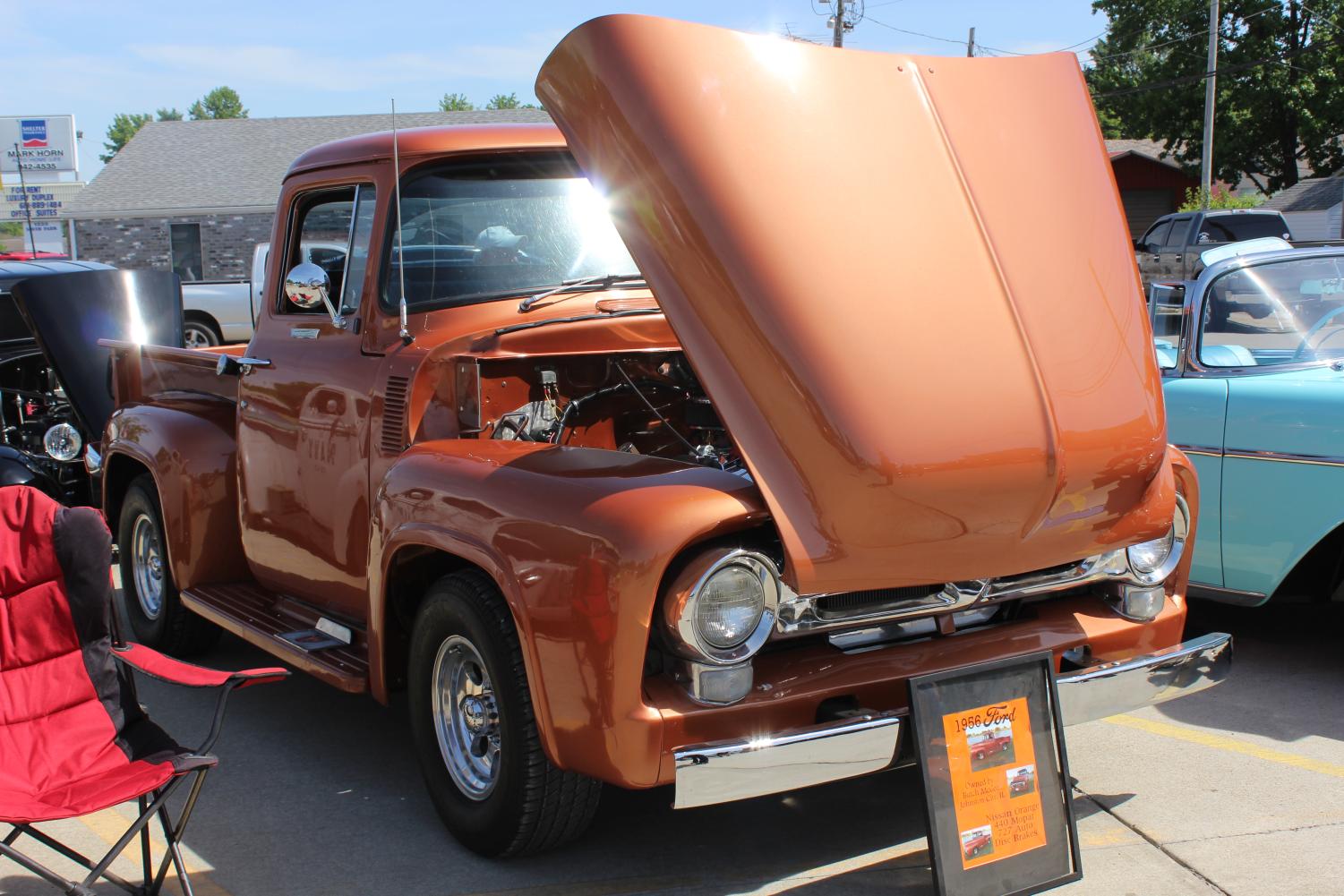 On a hot summer Saturday morning in Herrin, Illinois, the parking lot in front of Southside Lumber filled with dozens of proud vehicle-owners as they gathered to show off their craftsmanship.

June 4, 2022 marked the 6th Annual Car and Truck Show that Southside has put together, and Barb Waldron, one of the coordinators of the show, expressed high hopes for the turnout.

The parking lot was filled with a wide assortment of vehicles to admire with old 1950s convertibles displayed along with modern Mustangs and trucks with enormous lifts.

One of the more surprising finds was a 1969 Chevy Bel Air police car, which was brought to the show by Thomas Tessone. Decked out with a red flashing light, a functioning radio, and a police uniform with model donuts sitting in the passenger seat, the cop car seemed like it was ready to go on duty at a moment’s notice.

Tessone said he brought the car to various shows as his way of representing law enforcement.

“[The Bel Air] has the property tag of the state of Illinois on it, from District 11 Collinsville,” Tessone said. “I show it in memory of fallen Illinois State Troopers, and I hand out safety information, as well as badges and stuff for kids.” 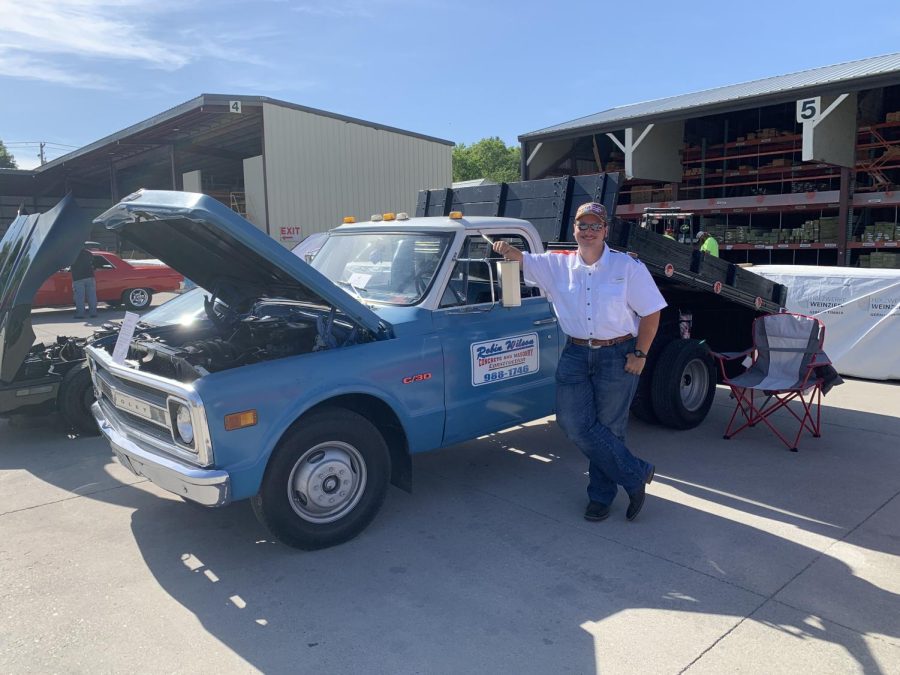 In another section of the lot was Brandon Gilley, polishing his 2015 Ram 2500, an enormous truck with lifts that carried the body high off the pavement. Gilley arrived at the lot at around 8 a.m., but that was far from the start of his day.

“I just drove in,” Gilley said. “I live in Marion but I work over in Indiana and I got off at five o’clock this morning and drove in, so I haven’t even been in bed yet.”

With a tired but friendly look, Gilley explained how he and his friend had been working on the Ram for two years to get it to its present state, and went into more detail about the specifics of the truck.

“There’s a lift, powder-coated axles, 26 by 16 American Force wheels with 35-inch tires,” Gilley said. “Inside I got a Starlight headliner like a Rolls Royce, underneath they got 20 rock lights, wheel lights on all four wheels […] Me, my buddy over there, it’s our hobby. Taking apart and putting it back together, a little bit cleaner than how they came.”

Off in another corner of the lot was Jerry Hickey, a veteran who spent time in Southeast Asia during his time in the U.S. military. He stood next to a seemingly old, beaten-down 1946 Ford truck with “CV-43” scrawled on the side.

“CV-43 was an aircraft carrier. I was on it for three years,” Hickey said. “This little truck was probably 150 feet from where I slept every night, and I never knew it was there. Until 1992 when they decommissioned the ship, and when they went to cutting it apart, this was in a hole. It had been forgotten about.”

Hickey said he had upgraded the WWII-era Ford with a 2002 Lincoln 4.6 engine, and he regularly used the vehicle to make drives to North Carolina, more than 800 miles away.

In another parking lot on the side of the lumber store was a light blue ‘69 Chevy dump truck, proudly owned by Landon Wilson. Wilson admitted that while his truck didn’t have power steering or power brakes, he still had an attachment to it and a reason to keep it intact.

“It’s been in the family ever since ’72 when Grandpa bought it and we used it for our contract business,” Wilson said. “And once he passed away, dad took it over and used it all the way up until October last year when he passed away […] I think something original like this that has a story behind it means a lot more.” 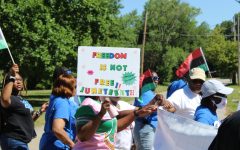 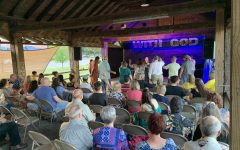 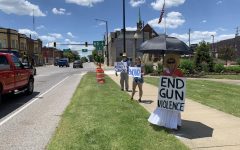