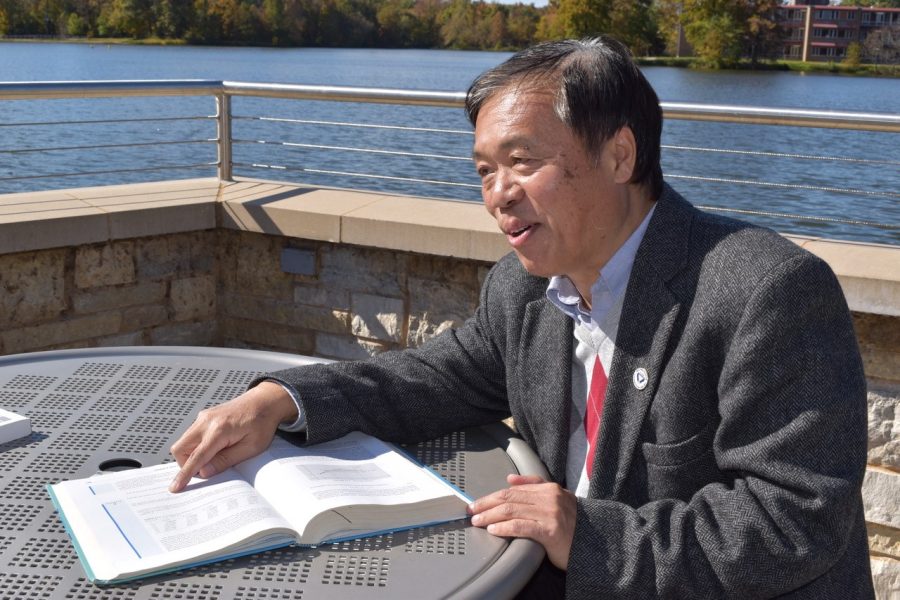 SIUC math professor Mingqing Xiao was acquitted of some charges and convicted of others relating to the “China Initiative.”

An SIUC math professor accused of covering up key relations with China has been found not guilty of the most serious counts against him, but was convicted last week of tax fraud.

Mingqing Xiao was caught up in a government crackdown on China’s theft of intellectual property from academic institutions. A federal judge in Benton, Illinois, dismissed two counts of wire fraud and a jury ruled Xiao was not guilty of making a false statements regarding a grant application with the National Science Foundation.

“Professor Xiao’s acquittal on the grant fraud counts serves as a complete rebuke of the Department of Justice’s China Initiative,” said his attorneys in a statement published on a GoFundMe page set up to cover his legal expenses. “We are thankful that those Counts were rejected by the Court and the jury as we believe that they were unjust, improperly motivated, and unsupported by the facts and the law.”

However, the jury did find Xiao guilty of failing to disclose a bank account in China, the subject of four different counts.

“We continue to believe that Professor Xiao did not willfully fail to disclose the existence of a foreign bank account, and we intend to challenge the jury’s findings on those counts. Ming is a beloved professor, colleague and friend who fell victim to the China Initiative’s improper investigations and prosecutions and we hope that he can rebuild his life and his career.”

Edward Benyas, a music professor at SIUC and a friend of Xiao’s, said the China Initiative is “discriminatory,” “reprehensible” and “McCarthy-era tactics.”

A Justice Department press release called the initiative “an effort to safeguard American intellectual property and research programs and counter the multi-faceted threat posed by the PRC [People’s Republic of China] government to U.S. national security.”

“We know that China exploits American universities to further the aims of the Chinese Communist Party,” said  U.S.  Attorney Steven D. Weinhoeft. “That’s one reason why the  National Science Foundation requires applicants to disclose all sources of support, including foreign ties, as a condition to receive federal grant funding.”

Xiao was initially accused of getting a $151,099 in federal grant money from the National Science Foundation by concealing support he was receiving from an arm of the Chinese government and a Chinese public university in Shenzhen.

Thousands of U.S. academics have signed letters to the Justice Department saying the China Initiative unfairly targets professors of Chinese descent which “fuels biases” and raises concerns about racial profiling.

Benyas said, “At the outset of the initiative, former Attorney General Jeff Sessions remarked that it served to combat economic espionage and the ‘grave national security threat’ posed by geopolitical rival states’ efforts to try to steal American inventions and defraud America…however, it has become apparent that the mission of this initiative is actually to accumulate prosecutions against, primarily, Chinese-born persons in the U.S.”

The initiative is like the witch hunt for communists led by Senator Joe McCarthy in the 1950s, Benyas said. The tax fraud counts were based on the fact Xiao neglected to check a box on his tax form saying he had money in China.

Benyas said a recording of Xiao’s interview with federal agents shows he said 15 times in a single hour that he didn’t consider the money his. The funds had been put into the account by Shenzhen University to help cover expenses during Xiao’s planned visit to teach there and recruit students for a joint PhD program with SIUC.

Xiao was trying to help SIUC by bringing in smart, talented students, Benyas said, but instead, the government accused him of trying to help China instead.

“The China Initiative fuels anti-Asian sentiments, hostility, and xenophobia,” he said. “It flies in the face of the values of justice and equality that the Department is called to enforce. And it threatens the livelihood of our institutions of higher education, the talented professionals we employ, the students we educate, and the communities we serve.”

Xiao is widely supported by faculty and students at SIUC, some of whom attended his trial in Benton. Nearly three dozen people made the 45-minute drive on the day of closing statements. So far, the GoFundMe has raised nearly $50,000 of its $350,000 goal.

In a case filed under the initiative against MIT Professor Gang Chen, more than 100 of his faculty colleagues successfully urged MIT to pay his nearly one million dollars in legal expenses. The US Attorney in Massachusetts eventually dropped all charges against Chen. In other cases, similar charges have been dismissed.

Benyas said it’s unfortunate Xiao was caught up in overzealous prosecution, in which federal prosecutors across the U.S. were given quotas for bringing professors to trial.

“I’ve known Dr. Xiao for 18 years, as a close friend and SIU colleague. I can tell you that he is a generous, honest, humble and devoted professor, husband and father. Dr. Xiao is a pillar of our community, devoted to his family and to his students,” Benyas said.

He said Xiao very much wants to return to SIUC to teach. The next step for his legal team is to request the judge dismiss the convictions, regardless of the jury’s verdict. Sentencing is set for August 11. 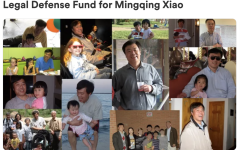