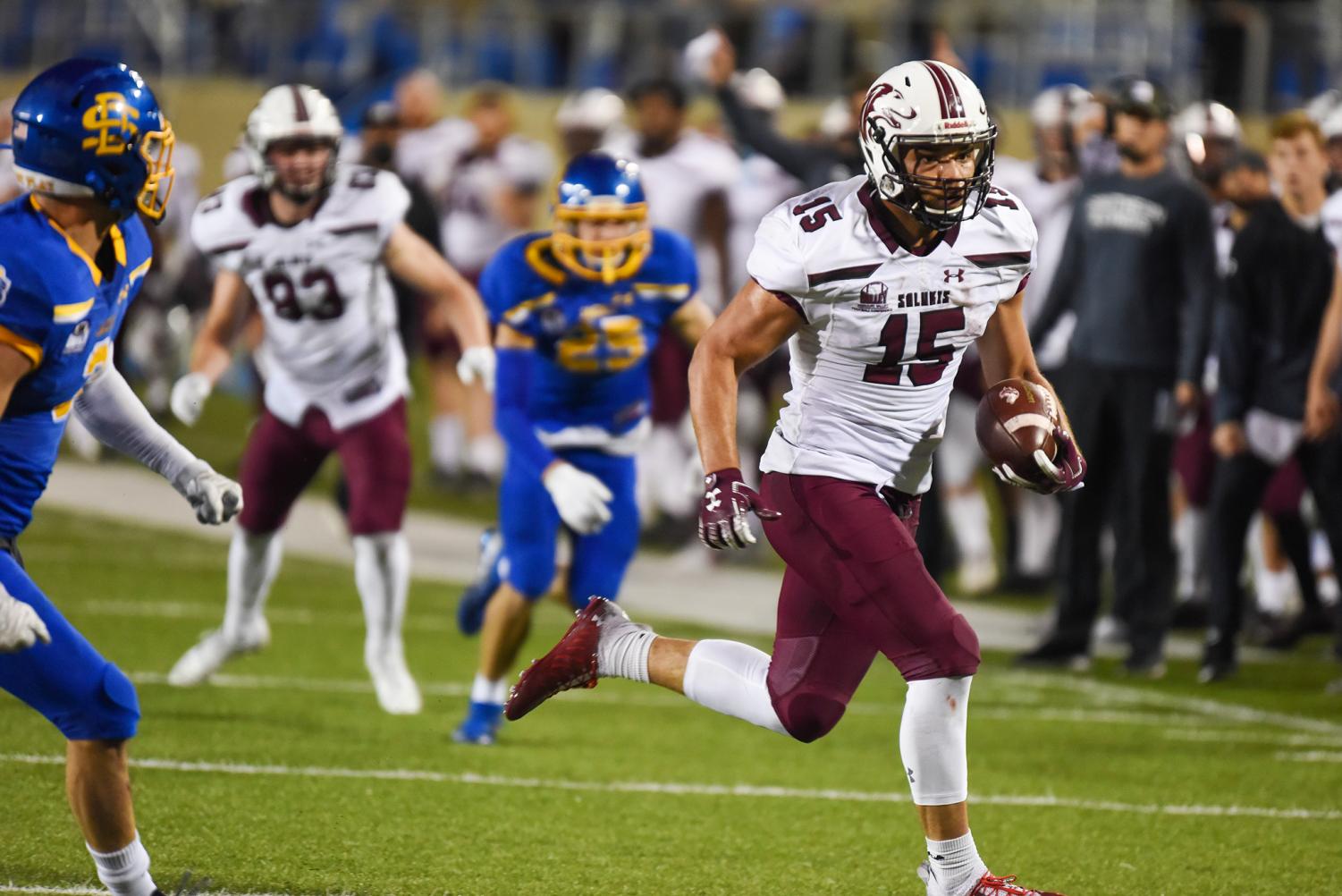 Jackrabbits hold off SIU to end the Salukis’ season

SIU had the ball, down 31-26 in the final minute of the game, but an interception on a downfield pass made by junior quarterback Stone Labanowitz brought the season to an end.

With only 13 seconds left in the game, the interception by Jackrabbits senior safety Michael Griffin II set up a final kneel by freshman quarterback Mark Gronowski. 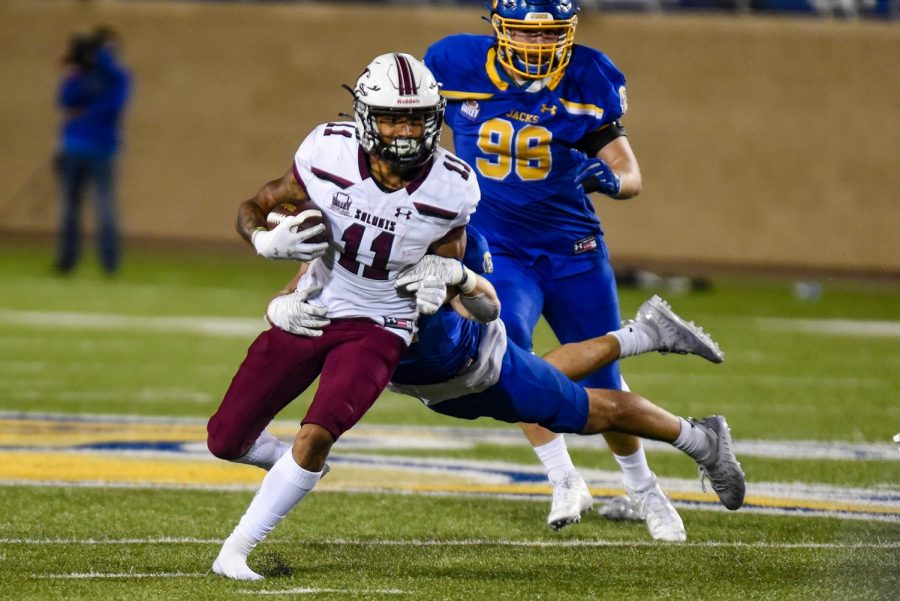 Gallery|2 Photos
SIU Athletics | Tom Weber, Jr.
Avante Cox (11) runs with the ball in the game against South Dakota State on Sunday, May 2, 2021 in Brookings, S.D. SIU went on to lose 26-31 against the Jackrabbits.

Salukis head coach Nick Hill spoke after the game and said he is proud to be their coach.

“These guys believed that they were going to come up here and win,” Hill said. “We know in the first game we led with three minutes to go in the first half we had the lead and we turned it over four times in about a period of six plays and just honestly never gave ourselves a shot so these guys believed they were going to come up and win. I’m so proud to be their coach. They have been resilient, I think that they’ve set a standard across the country.”

Labanowitz discussed the final drive and said his last throw wasn’t on line.

“I thought I was gonna do it, throwing the ball to Branson [Combs] on a little out route gave us a first down with the clock stopped looking up and I saw 40 seconds on time and thought we can really do this,“ Labanowitz said. “But you know a team’s gonna give you some Tampa two or prevent corners or something so you know they’re gonna be off and throws gotta be on the line, and my last throw to [Landon Lenior] wasn’t.”

Southern Illinois missed out on two potential touchdowns when they were inside the five yard line, once getting a field goal and getting stopped on fourth down on the first play of the fourth quarter. The Salukis led 20-17 at the time.

Labanowitz spoke after the game to discuss the second half and the offensive struggles near the goal line.

“Someone’s gonna tell me the percentage of being inside the five yard line, had first down multiple times and not coming away with a touchdown both times, I mean that’s– that’s hard to do. We were driving at will and I felt like the offense was flowing in the second half. So, I wouldn’t say that they slowed us down,” Labanowitz said.

Senior wide receiver Landon Lenoir said a lack of execution was what cost SIU near the goal line.

SIU lost their first matchup to South Dakota State 44-3 in Carbondale on March 20.

Lenoir discussed why the Salukis performed so much better against the Jackrabbits in this game and said they have a great team.

“We have a great team, a lot of great players, a lot of playmakers that can touch the ball and make plays. That game earlier, the 44-3 game that definitely wasn’t us,” Lenoir said. “I think we showed that tonight, you know, we kind of fell short so kind of disappointed. We can put that one to bed and you know just start fresh from here even though you know we didn’t come out with the expected win that we wanted to.”

A Gronowski 23-yard touchdown pass to sophomore wide receiver Jadon Janke opened the scoring for South Dakota State on a very quick touchdown drive less than three minutes in to give the Jackrabbits a 7-0 lead.

SIU responded on the next drive and set up a one yard rushing touchdown by senior offensive guard ZeVeyon Furcron to tie the game at seven. That was the beginning of a 20-0 run by SIU as they would score again early in the second quarter.

An 11-yard reverse by junior wide receiver Avante Cox got SIU their first lead of the game at 14-7. Senior kicker Nico Gualdoni would add on two field goals to get the Salukis lead as large as 13 points at 20-7.

The Jackrabbits junior kicker Cole Frahm made a field goal on the last play of the first half to cut the Salukis lead to 10.

A quick Saluki touchdown drive capped off by a 31 yard touchdown pass from Labanowitz to Lenoir and a stop gave the Salukis the ball with a chance to win.

Down 5 with under one minute to go, SIU drove past midfield but a Labanowitz interception sealed the win for the first ranked Jackrabbits.

SIU now has four months until their next game where they will play Southeast Missouri in the war for the wheel in Cape Girardeau, Mo. on Sept. 2.

Hill discussed how the offseason might look different this year with the shorter break.

“I’ve obviously looked and projected some things but my full focus was to be playing in Frisco. Honestly, everybody was and we are putting our heart and soul into that but these guys need a break, they definitely do, their mental health, their physical health, all of that will be in the forefront of what we do, it’ll look different than then before,” Hill said.

Hill also added that freshmen and those with less snaps will prepare like a normal offseason but players who need more rest will have a longer break. 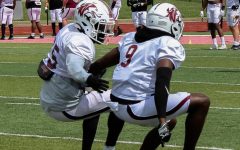 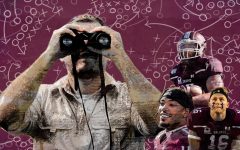