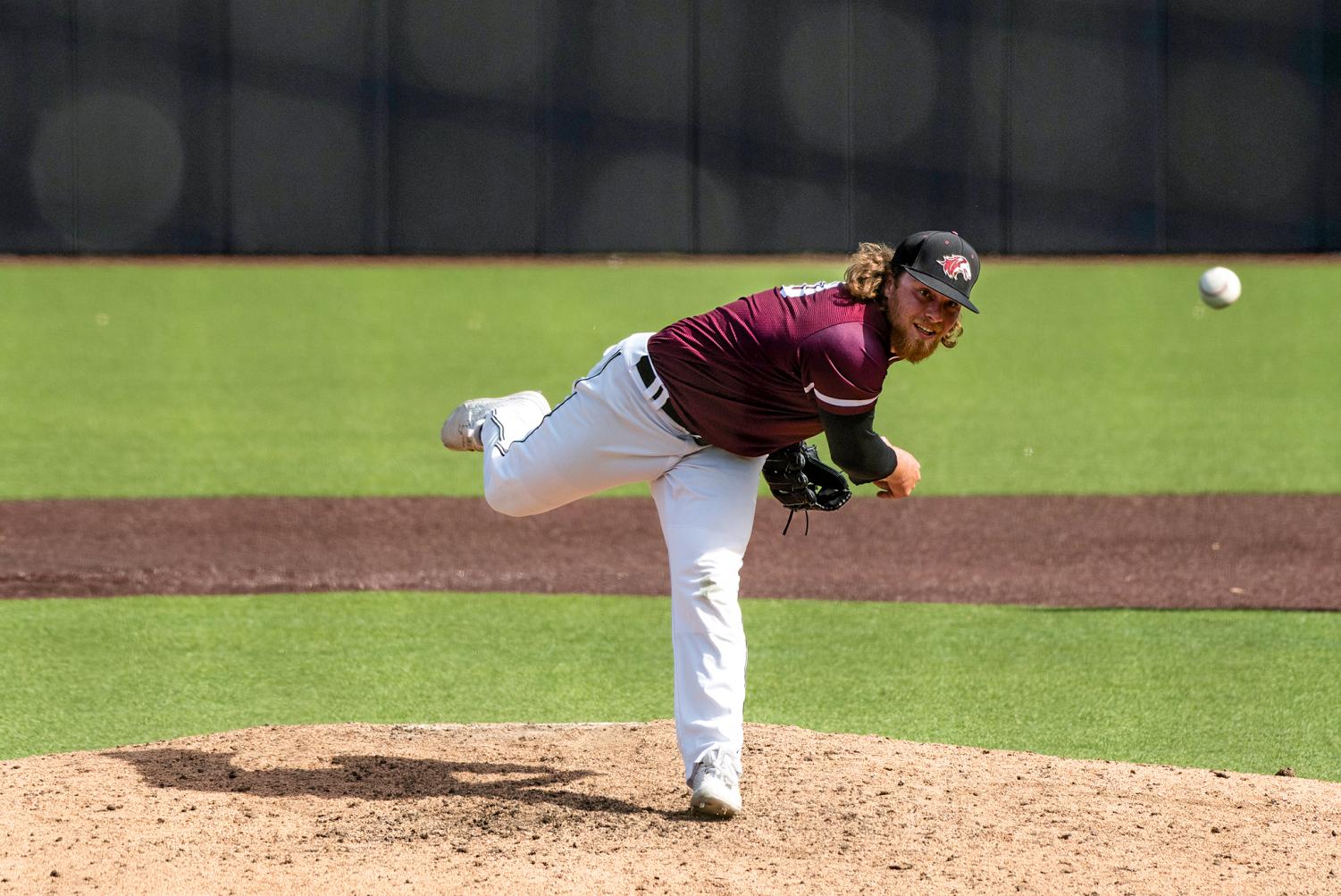 Trey McDaniel (30) pitches the ball in a game against Missouri State University on Saturday, May 1, 2021, at Itchy Jones Stadium in Carbondale Ill. The Salukis took the game after sweeping the sixth inning of the game. (Subash Kharel | pics.leaks)

Trey McDaniel (30) pitches the ball in a game against Missouri State University on Saturday, May 1, 2021, at Itchy Jones Stadium in Carbondale Ill. The Salukis took the game after sweeping the sixth inning of the game.

The Salukis faced off against the Missouri State Bears this weekend, sweeping the four game set.

Pitching was the theme of the series, with Southern Illinois’ (31-12, 10-10 MVC) pitchers having a stretch where they pitched 19 innings of no run ball against the Bears offense. 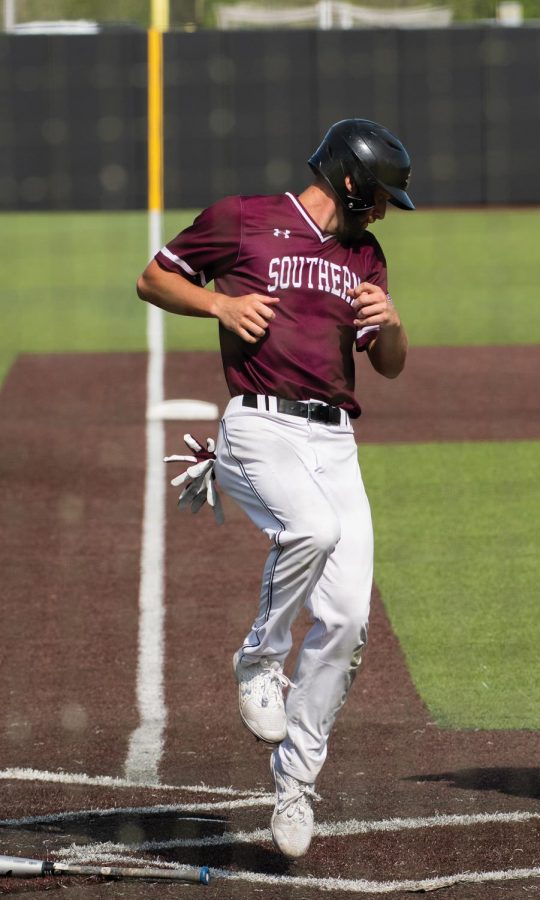 SIU took the opening game on Friday 3-2, driving in all three runs with two outs while the Southern defense committed no errors.

It was not until the fifth inning that the Salukis put runs up on the board, and freshman outfielder Evan Martin walked to open the inning to get SIU started.

Then with two outs, junior outfielder JT Weber pushed a single up the middle scoring Martin, then senior infielder Nick Neville found himself on base with a walk.

Another single up the middle, this time coming from sophomore outfielder Tristan Peters scored Weber to give SIU a 2-0 lead after five innings.

The Bears (15-15, 5-5) scored in their half of the sixth inning to cut the SIU lead in half, but SIU would add an insurance run in the seventh with a triple from Peters scoring Weber.

Junior pitcher Trey McDaniel came in to pitch in the ninth inning, one runner scored to cut the Southern lead down to one, but McDaniel got the last batter he faced to strike out to secure his seventh save of the season.

In game one of the doubleheader on Saturday, Missouri State got on the board first off of Saluki’s junior pitcher Noah Farmer.

With one out in the second inning, the Bears senior infielder Grant Wood pushed a double down the left field line, the next batter junior outfielder Dakota Kotowski followed Wood with a double to bring him home and it gave Missouri State a 1-0 lead after two innings.

The Bears extended their lead out to 5-1 after five innings, tacking three runs on in the fourth and one run in the fifth.

With the Salukis down 5-1 heading into their half of the sixth, Weber got a rally going for SIU with a double down the right field line.

Peters walked, setting up a single by sophomore infielder Cody Cleveland that scored Weber to make the score 5-2.

Senior first baseman Philip Archer followed Cleveland with a rip into right center field that bounced over the wall for a ground rule double scoring Peters.

The hit that secured the win for Southern as they were down 5-3, came off the bat of Martin hitting a three run home run into left field to give the Salukis a 6-5 advantage.

McDaniel worked around a lead off double in the seventh to secure his second save in two days, striking out two of the three batters he faced.

“I don’t know if we get a complete-game shutout if we don’t come back in that first game,” head coach Lance Rhodes said. “Momentum is such a huge key. We were down and we scored five there in the bottom of the last. That’s huge momentum to carry into the second game of a doubleheader.

SIU scored first in the second game, back to back two out doubles from Peters and Cleveland scored Peters giving the Salukis a 1-0 lead after one inning.

Game two of the doubleheader proved to be the pitcher’s duel of the weekend, with senior pitcher Brad Harrison going the distance for the Salukis.

Harrison threw the complete game a shutout, keeping the Missouri State Bears at bay allowing only six hits through all nine innings.

“I haven’t seen a complete game shutout in college baseball in a long time. The first inning was a little shaky, but once he got out of the first, it didn’t feel like there was ever trouble,”  Rhodes said. “He was rock solid. I was never even nervous. That’s as well pitched game as you can possibly have in Division I baseball.”

Heading into the eighth inning, the Salukis were only up 2-0 on Friday and a two run home by Archer extended the lead out to four which proved to be the final score.

“That was huge,” Rhodes said of the Archer homer. “The ball was actually starting to carry pretty well by that point, and you’re just a walk and a homer away from a tie game.  To do that eighth was huge. It pushed the lead. It was 4-0 but felt like 10-0 when he hit that homer.”

The final game on Sunday, was once again more about the pitchers than the offense, as starting pitcher sophomore Ben Chapman limited the Missouri State offense.

Chapman was pulled in the seventh inning with two outs, having allowed only five hits with nine strikeouts.

The Salukis once again jumped on Missouri State first, this time in the second inning putting two runs across the plate with ground outs scoring both Archer and Cleveland.

SIU gave the bullpen some breathing room in the eighth inning, by pushing three runs across when Peters pushed a double down the left field line, that scored two.

Peters then came around to score on a wild pitch to give Southern the final score of the game of 5-0.

Up next the Salukis will face off against Evansville in Indiana May 7-9 with first pitch on Friday set for 6 p.m.