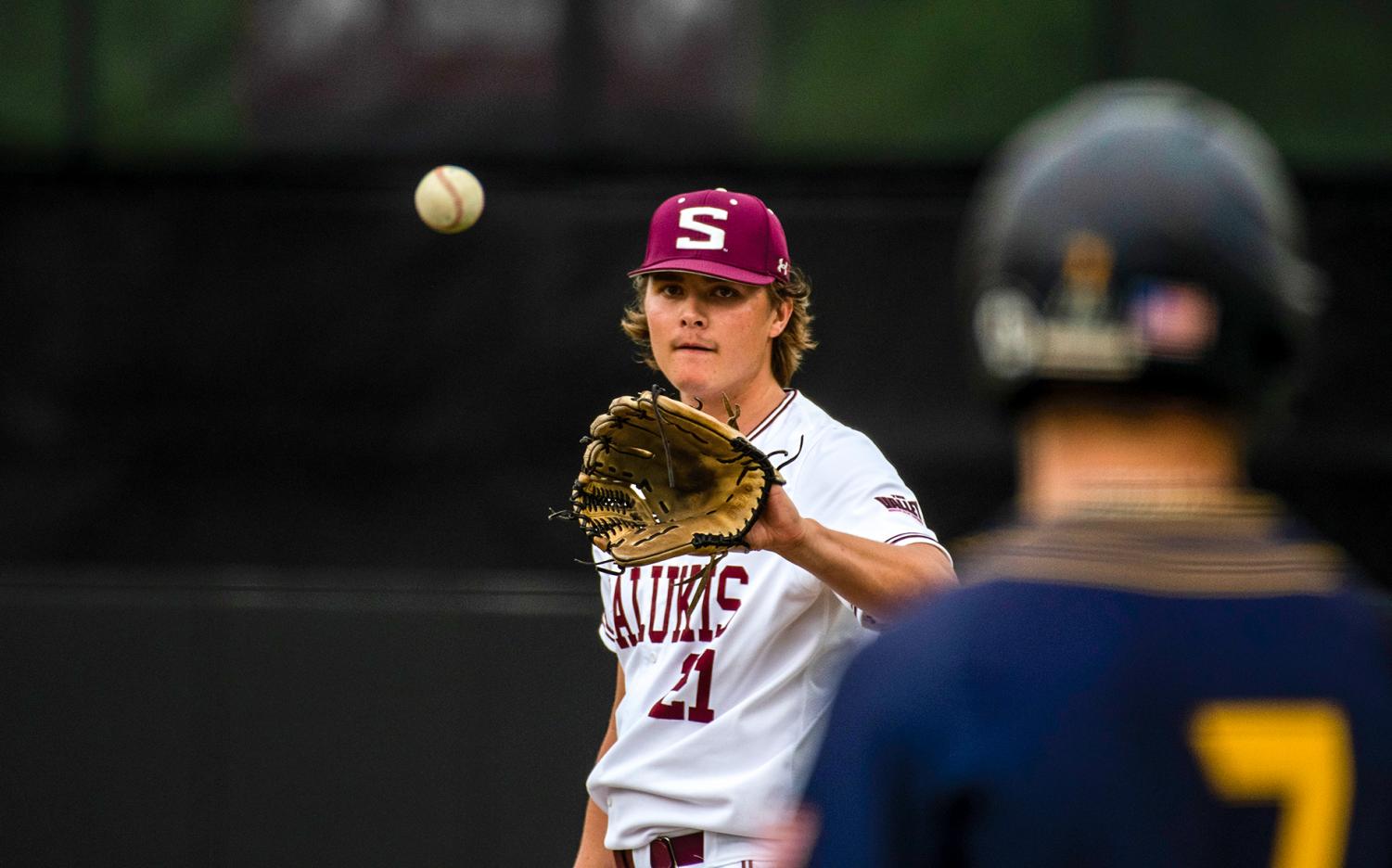 In a tough game with winds blowing in multiple directions, two home runs in the eight inning proved to be the difference in the game for a 5-4 for SIU.

The Salukis came into this game having lost six of their last seven in series against Bradley and Valparaiso. 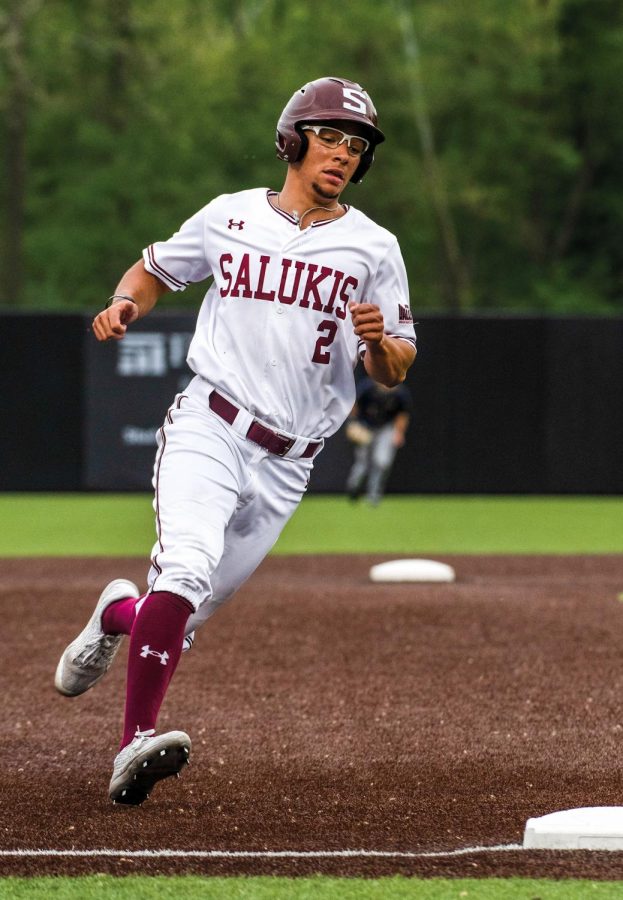 This was the first time Southern had played at home in over two weeks, with their last game in Carbondale against Northern Illinois on April 11.

“It felt good, it’s really comforting  especially after a tough road trip like that,” junior pitcher Trey McDaniel said. “[With] us scuffling it felt good to get back in the ballpark.”

In the third inning, Murray State (21-17, 10-7 OVC)  loaded the bases with three straight walks from SIU,  junior pitcher Dylan Givens was able to get out of the inning unscathed.

The Salukis (27-12, 6-10 MVC) got on the board first in the fourth inning, with two outs, sophomore outfielder Tristan Peters pushed a double out to left field.

Sophomore outfielder Vinni Massaglia brought Peters home with a single to left field which gave the Salukis a 1-0 lead.

“The wind today was a big factor, because if you got down it was really tough to score,” head coach Lance Rhodes said. “The only ball that was really traveling was if you squared it up in the left field area, if you hit it there the ball would travel out of the yard.”

Murray State put runners in scoring position in three consecutive innings, and in the top of the fifth inning they took advantage of it.

Two straight singles opened the fifth for Murray State, after a strikeout, a single, a double, and a sacrifice fly to center field put three runs on the board to lead 3-1.

SIU got one run back in their half of the fifth, benefitting from an error by the left fielder of the Racers which put sophomore infielder Cody Cleveland on second.

With two outs, senior infielder Ian Walters roped a single to left field and brought Cleveland home to cut the Racer lead down to one.

Murray State tacked on one run in the eighth inning to push their lead back out to two, but SIU answered in their half of the eighth.

The Salukis got their scoring opened with a solo home run by Walters that went over the left field wall.

“I’ve been struggling a little bit lately at the plate to produce for the team the past couple weeks,” Walters said. “It was really big to get that at bat for the team, so we can be able to win and get [Neville] up there for the big home run.”

Junior outfielder JT Weber, then pushed a triple out to right field, Neville then followed Weber with a deep home run over the right field wall.

“It felt so much better when that ball fell in that JT hit down the line, he was at third base with less than two outs,” Rhodes said. “ It felt like okay we finally got our break to get things moving in the right direction.”

With a 5-4 lead in the ninth, McDaniel got around a two out walk, getting the last batter he faced to ground out to end the game and secure the win.

“What Trey did there in the ninth, just for his own confidence, because he’s been scuffling,” Rhodes said. “For him to go out there and get two outs, but then get the tying run back at second base, you know in his mind he’s probably thinking man is this going to come back and tie us up again right here.”

Up next for SIU they will take on the Missouri State Bears on Friday in Carbondale with first pitch set for 6pm.

“I feel like our offense is on the right track, or on the way back, our pitching has been grinding,” McDaniel said. “I think it’s hopefully going to carry over into this weekend.”