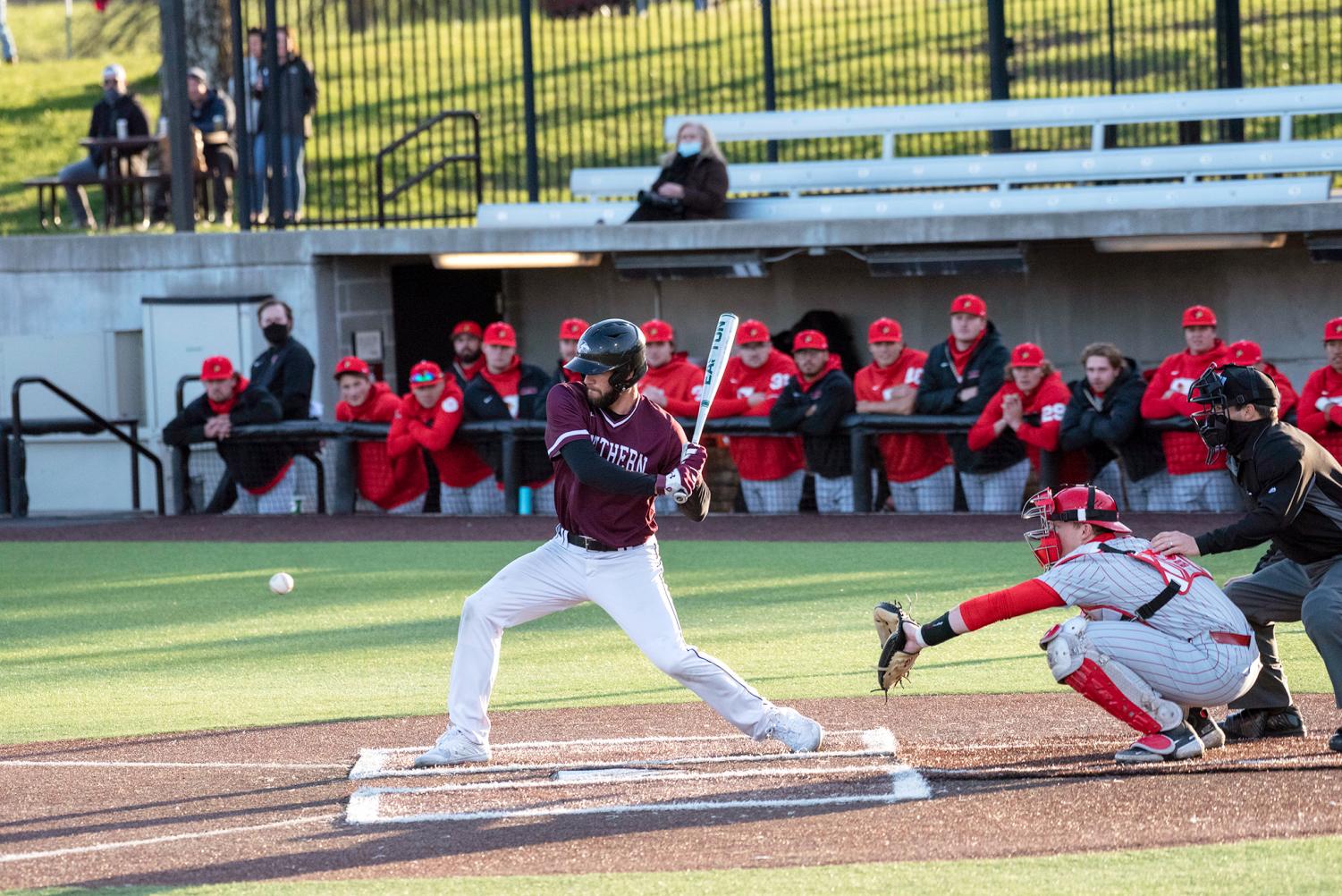 SIU outfielder, Brad Hudson (4), gets a hit during the third inning against ISU at Itchy Jones Stadium on March 2, 2021 in Carbondale, Ill. (Madison Taylor | @the.madisontaylor)

SIU outfielder, Brad Hudson (4), gets a hit during the third inning against ISU at Itchy Jones Stadium on March 2, 2021 in Carbondale, Ill.

The Salukis only scored three runs in the game by senior infielder Phillip Archer and senior infielder Ian Walters and that was not enough to combat the four more runs by Illinois State, giving them the win 11-3.

In the first game of the double-header, the Salukis scored the first two runs in the first inning with an RBI from senior infielder Nick Neville where Walters scored and a run from Neville.

Southern also scored a run in the fifth inning from a home run by Neville, making the score 5-3.

The Redbirds finished the game with a home run by Huggins in the sixth inning giving Illinois State the win 6-3.

The second game started with an RBI from SIU’s sophomore outfielder Tristan Peters that brought redshirt freshman outfielder Evan Martin to the home base.

Both teams had runs in the third inning, the Redbirds had a two RBI from Libman where Huggins and Soberano scored.

The Salukis scored three runs in the third inning from Neville, Peters and Archer, bringing the score to 4-2.

The score remained close in the fourth inning with both teams scoring runs ending the inning with SIU in the lead 5-3.

The Salukis scored four runs in the fifth inning with a 4 RBI by junior outfielder J. T. Weber where he, Peters, Neville and Martin scored.

Illinois State continued increasing their lead by scoring five runs in the sixth and seventh innings from Hays, Libman, Gile, Soberano and Cermak making the score 13-4.

Despites the Salukis’ scoring seven runs in the last innings, the Redbirds’ lead was too great to overcome and Illinois State won the game 14-11.

The Salukis will take the field again on April 6 against Austin Peay in Carbondale at 6 p.m.