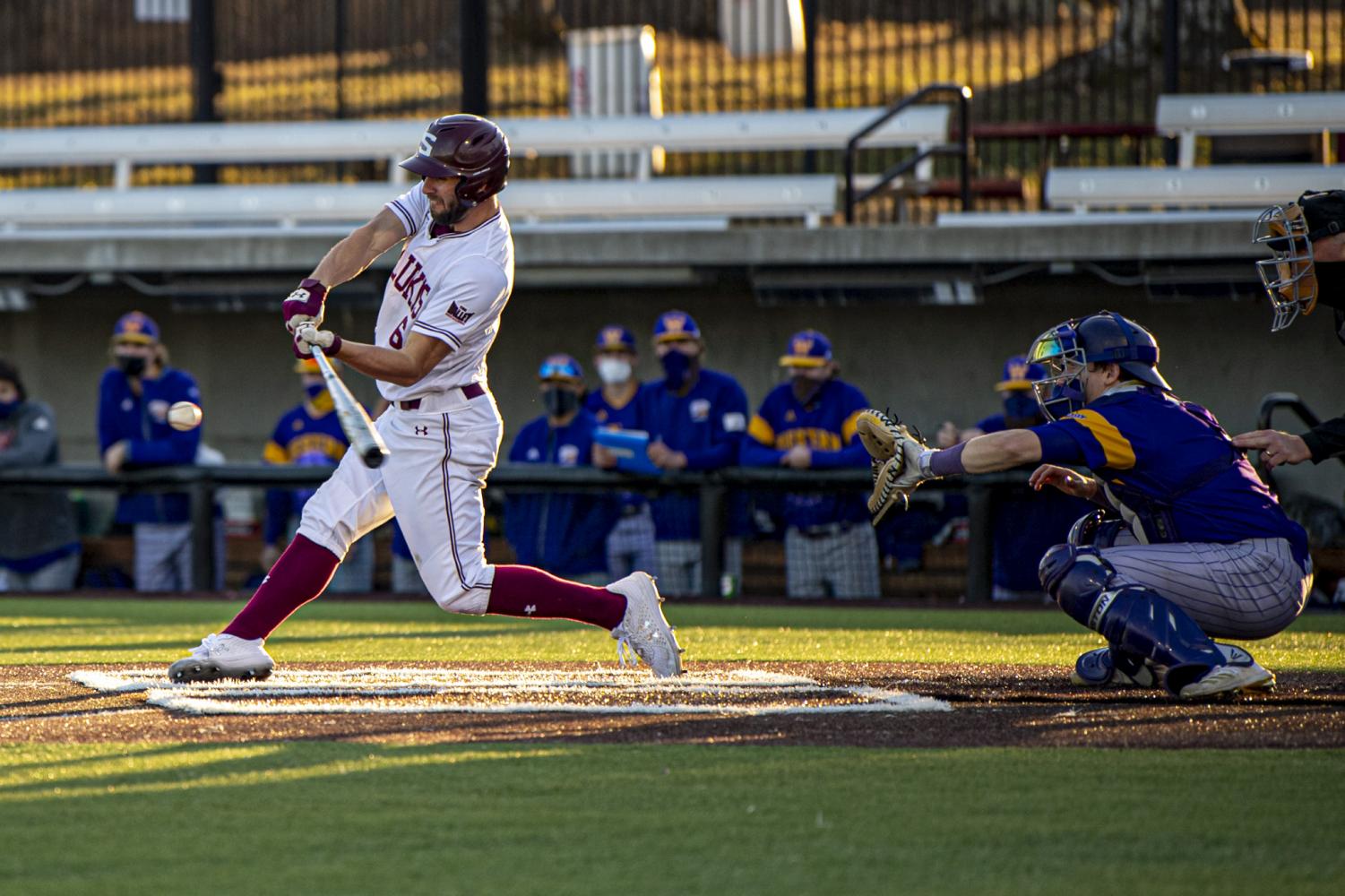 SIU’s Tristian Peters hits an RBI single to keep the bats hot during the Salukis 9-1 win over Western Illinois on Tuesday, Mar. 2, 2021 at Itchy Jones Stadium in Carbondale, Ill.

Salukis defeat Leathernecks, move to 8-0 on the season

The Southern Illinois baseball team (8-0) earned a victory on Tuesday to remain undefeated on the season with a 9-1 win against the Western Illinois Leathernecks (1-3). 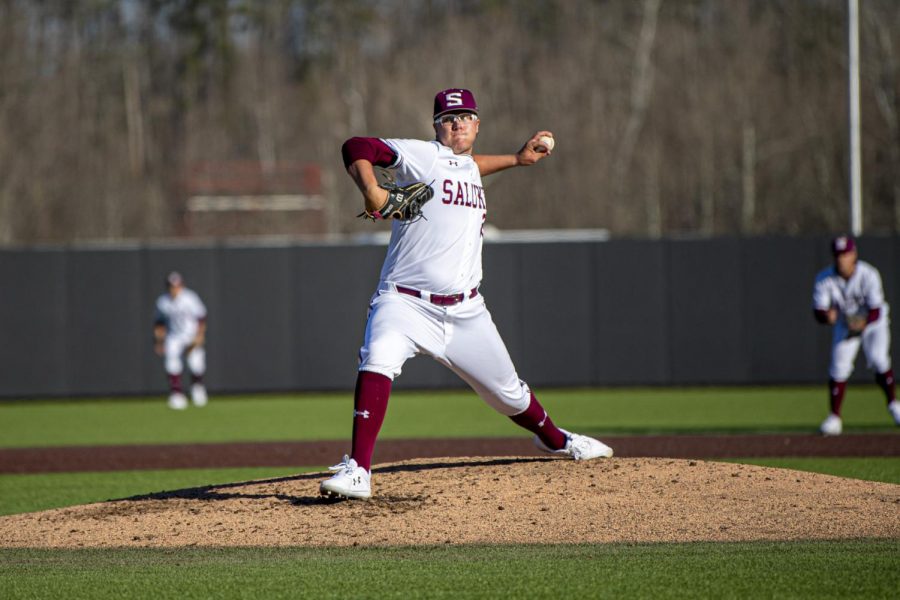 With the game tied at zero in the third inning and two outs, junior second baseman Grey Epps doubled to keep the inning going. Next up to the plate was senior third baseman Ian Walters, who blasted a home run over the right field fence to give the Salukis a 2-0 lead.

WIU scored their only run in the fourth inning on a fielder’s choice hit with runners on second and third.

Western Illinois wasn’t able to rally as they fell further behind in the sixth inning, when Archer once again singled to score Peters.

Later in the same inning junior catcher Tony Rask scored Archer on a sacrifice fly to left field, that gave SIU a 5-1 lead.

SIU added two more runs to go up 7-1 before the Salukis would get an inside-the-park home run from junior outfielder J.T. Weber to get the game to the final score of 9-1.

Senior right hander Dylan Givens came into the end of the game in the ninth and it ended on a  double play with the Leathernecks mistakenly thinking it was a foul ball and not running on the play, making an opportunity for the Salukis to close out the win.

The Salukis’ next game is scheduled for March 5 in Carbondale, as they start a three-game series against UT Martin.