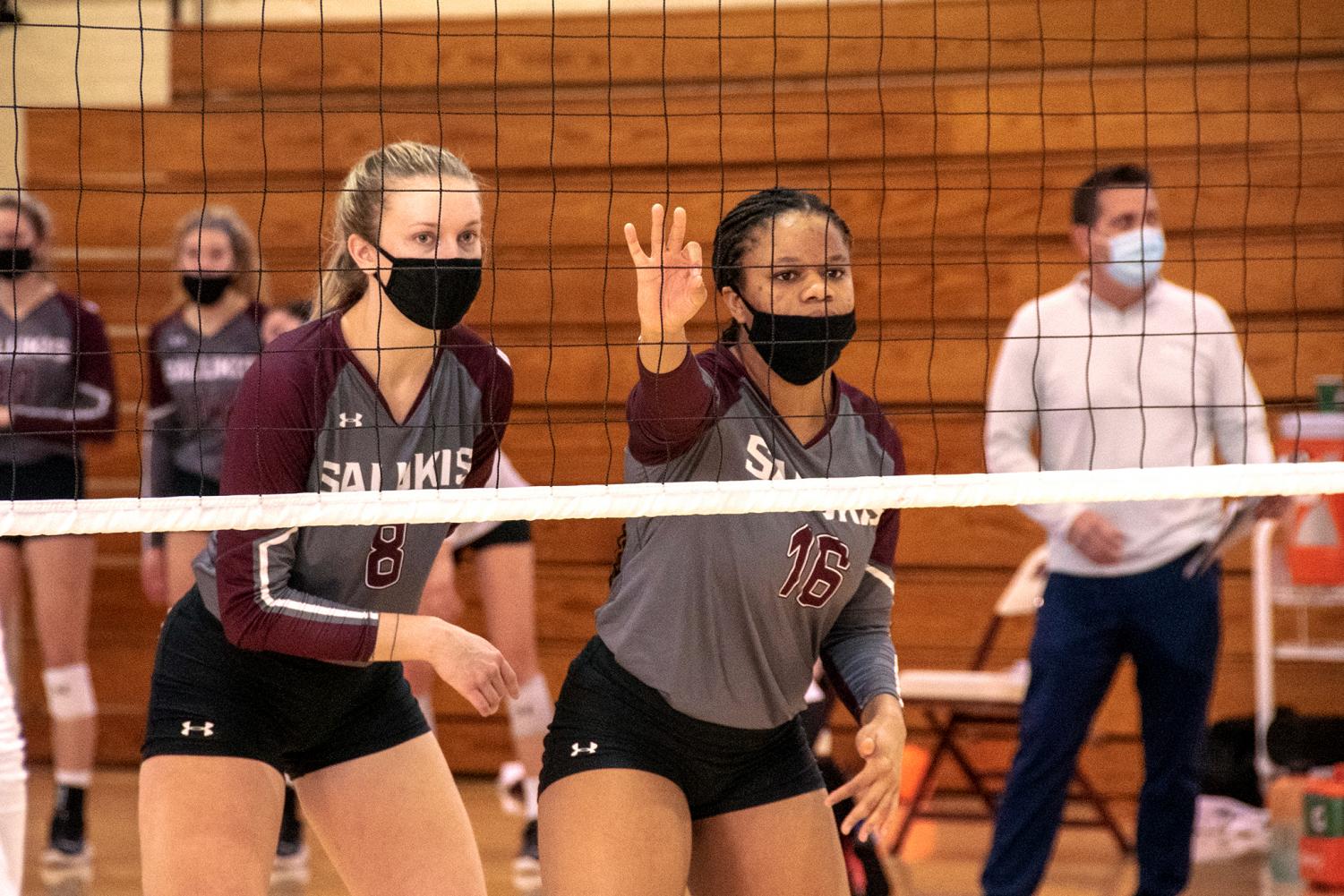 Hannah Becker (8) and Imani Hartfield (16) prepare to receive and block their opposing team, University of Iowa, on Feb. 22, 2021, Carbondale Ill.

Salukis lose to UNI after having two-set lead

The SIU Salukis volleyball team (2-8,1-7 MVC) took the first two sets against the Northern Iowa Panthers (5-6,5-3 MVC), but weren’t able to close it out after very competitive third and fourth sets. Northern Iowa then won the fifth set to 15 to close out the win.

The Salukis got off to a strong start in the first set as they got out to a 5-2 lead on an error by the Panthers. Though UNI fought back in the set to tie it at 11.

The Salukis then responded with a 13-6 run to get a 24-16 lead in the set. SIU closed out the set on a kill from freshman middle hitter Imani Hartfield at 25-17.

The second set was another competitive set early on, and the teams were tied at 13 before a 7-1 run capped off with a kill by Tornatta. With a 20-14 lead the Salukis were able to close out the set at 25-19 with a kill from redshirt senior opposite hitter Emma Baalman.

The Salukis led 18-14 with a chance to close out the match in the third set but the Panthers responded tying it up at 19 with a kill from redshirt freshman libero Kaylee Donner.

With the set tied at 24 the Panthers were forced to get set point four times before keeping the match alive with a 29-27 win in the set.

The fourth set once again saw the panthers nearly avoid defeat as they were tied at 22 before UNI went on a 4-1 run to force a fifth set. The Panthers closed out the fourth set on a service ace by freshman setter Tayler Alden.

In the fifth and decisive set, the Panthers opened up a 13-9 lead behind a 5-1 run. The Salukis weren’t ready to go down though as they pushed the score to 14-13.

The Panthers closed the match out on their first chance to win the fifth set 15-13 with a kill by freshman outside hitter Megan Witte.

The Salukis will look to bounce back next match when they will be in Peoria to take on Bradley University on Sunday, Feb. 28 at 3 p.m. 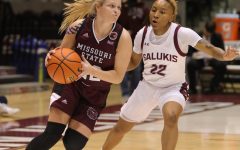 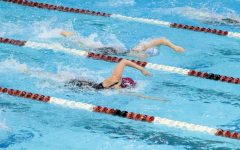 Two First Place finishers, and One school record broken for the Dawgs at Indiana Relays 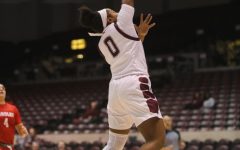