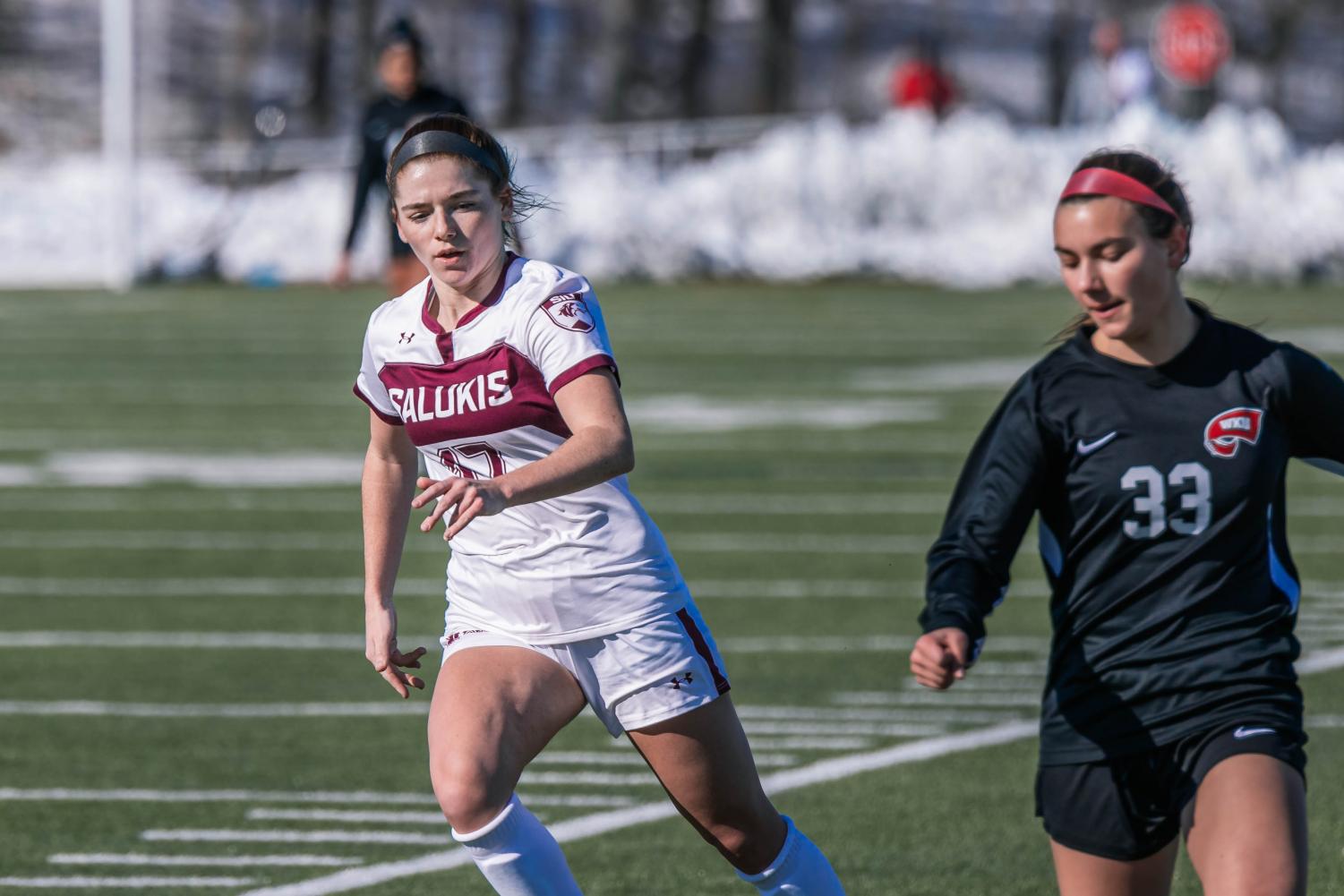 Kathryn Creedon (17) battles for the ball in a game against Western Kentucky University Saturday, Feb. 20, 2021 at SIU. (Chris Bishop | @quippedmediallc)

Kathryn Creedon (17) battles for the ball in a game against Western Kentucky University Saturday, Feb. 20, 2021 at SIU.

SIU women’s soccer fell 4-0 to Western Kentucky in their first game of the season on Saturday.

The Salukis (0-1) were originally scheduled to open their season on Wednesday against Saint Louis University, but the game was postponed due to inclement weather. 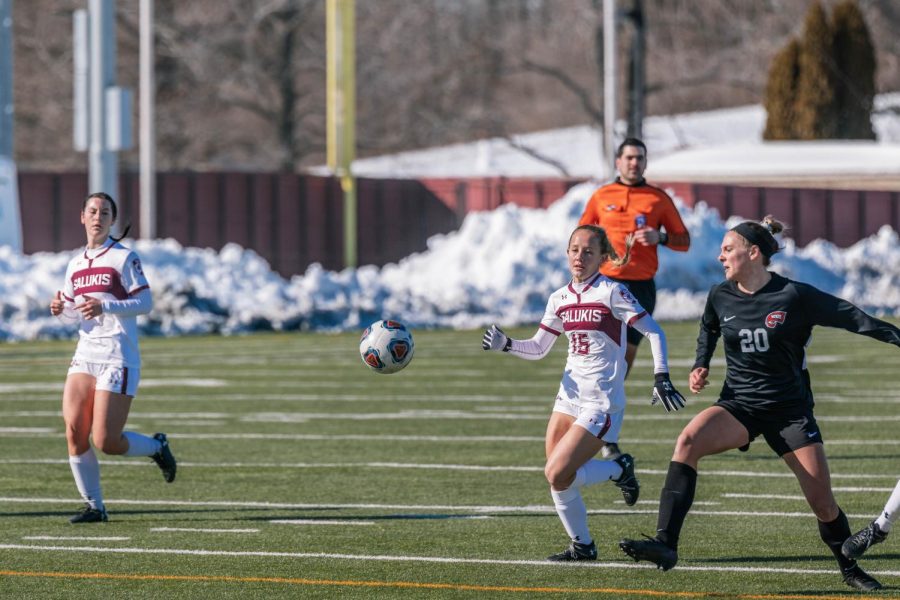 The Hilltoppers (1-1) scored early in the first half when freshman midfielder Brina Micheels assisted on a pass to sophomore midfielder Sydney Ernst.

At the 10 minute mark of the first period sophomore midfielder Kaitlyn DuCharme was called for a foul, Ducharme 18 minutes later took the first shot of the game for SIU.

The Saluki defense was able to keep WKU scoreless for 18 minutes until junior midfielder Ambere Barnett scored on Southern’s sophomore goalkeeper Maddy Alaluf to put the Hilltoppers ahead 2-0.

Senior defender Kathryn Creedon took two shot attempts for SIU with 10 minutes remaining in the first period but WKU’s sophomore goalkeeper Ashley Kobylinski was able to save both shots to keep the Hilltoppers ahead 2-0.

Southern was able to keep the score at 2-0 heading into halftime limiting Western Kentucky to six shots, while the Salukis also took six shots.

Coming out of halftime sophomore goalkeeper Nicole Raventos replaced Alaluf in goal, after Alaluf had made one save on the six shots she had faced.

The Hilltoppers took three shots on Raventos to open the first 10 minutes of the second period and Raventos was able to save each shot to keep the score at 2-0.

At the 58:12 mark Raventos attempted her fourth save in as many tries over a seven minute period but WKU’s freshman midfielder Annah Hopkins was able to get it in the net.

The Salukis attempted to answer the goal by WKU when sophomore forward Madison Meiring took a shot on goal which was saved by Kobylinski.

Kobylinski finished the game with four saves for Western Kentucky.

After getting six shots on the Hilltoppers in the first period, the WKU defense held the Salukis to only three shots in the second period.

Up next for the Salukis they will open their inaugural conference season against Valparaiso on February 28 with the first kick set in Carbondale at 1pm.