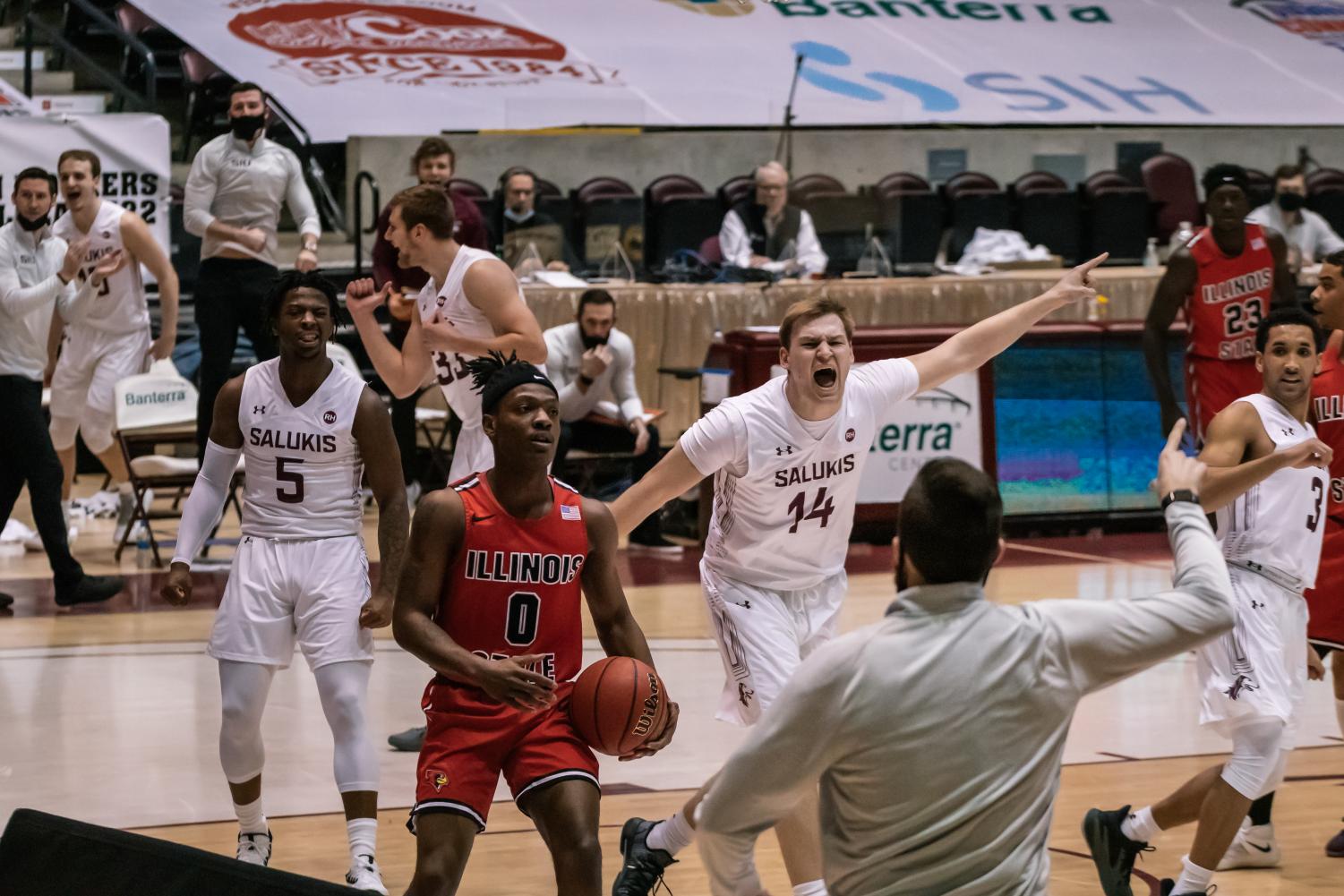 Kyler Filewich (14) gets excited after scoring in a game against Illinois State University Sunday, Feb. 14, 2021, at the SIU Banterra Center. (Chris Bishop | @quippedmediallc)

Kyler Filewich (14) gets excited after scoring in a game against Illinois State University Sunday, Feb. 14, 2021, at the SIU Banterra Center.

Salukis hot start leads them past the Redbirds in second game 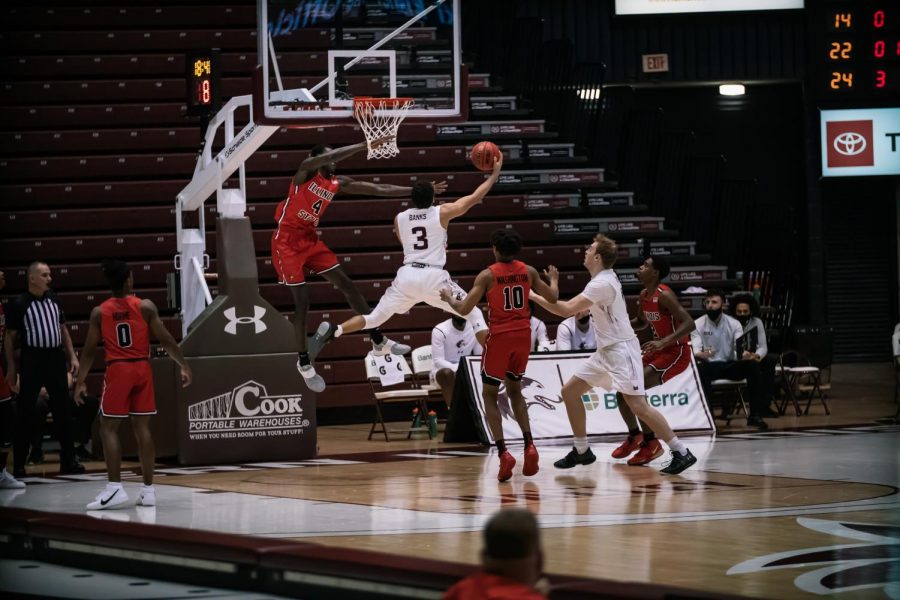 Bryan Mullins discussed how the Salukis were able to win today after their disappointing game yesterday.

“Being able to bounce back after not playing well yesterday, I think it says a lot about the resiliency and character of this group. It’s been a crazy year for everyone and every time we haven’t played the right way we’ve come back and responded and I think that speaks volumes for our young group,” Mullins said.

“We didn’t shoot contested shots, made the right kickouts when it led to high percentage looks,” Banks said.

Mullins said he thought the ball movement led to the better shooting from three-pointers today.

“Well I think the ball moved better today against their zone, the guys didn’t hold it, they had their eyes to the rim on the catches, people were moving on the weak side and the cuts were harder,” Mullins said.

The Salukis were led by sophomore guards Lance Jones with 14 and  Verplancken Jr. with 12. Verplancken scored all 12 of his points in the first half on four three-pointers.

Jones also played all 40 minutes for the Salukis.

After the Salukis hot start their offense really slowed down the rest of the game but the defense took over for the Salukis and kept the Redbirds below 50 points for the game.

Banks thought the team’s energy was higher today which helped them have a great defensive effort.

“Yeah that was a big point of emphasis after last night giving up 80 plus points, we took that to heart after that happened. We were connected and talking, energy was high today and it showed,”

Mullins also thought the team’s energy today was the reason for the great game defensively.

“I think the energy, the ball pressure and our closeouts were better. You know yesterday we turned the ball over a lot and it generated a lot of offense for Illinois State and they got a lot of offensive rebounds so we limited a lot of the things that we can control,” Mullins said.

After the Salukis got out to a 27-15 lead the scoring really slowed down for both teams the rest of the way. Each team only scored seven points in the final ten minutes of the first half, with neither team scoring for over two minutes at one point.

After the Salukis started the first half 6-for-8 on three-pointers they finished the half 7-for-19 but the defense stepping up gave them a 34-24 halftime lead.

In the second half neither team was able to get into an offensive rhythm as both teams struggled to score consistently. The Salukis were able to add to their halftime lead behind freshman center Kyler Filewich adding four consecutive points to give the Salukis a 45-30 lead with 12:05 left.

With 4:47 to go the Salukis led 54-38 and the Redbirds tried to get back in it going on a six-two run with four points from Strong but a three from sophomore guard Trent Brown with under three minutes left putting the Salukis up 57-42.

The Redbirds were able to cut the lead down to ten at the end but weren’t able to catch up to the Salukis for a final of 59-49.

The Salukis next game will be Wednesday at 8:15 p.m. against Missouri State at the Banterra Center. 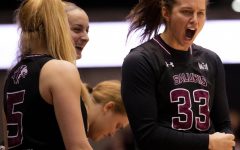 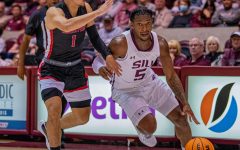 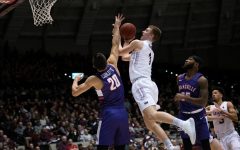 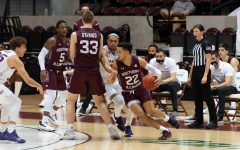 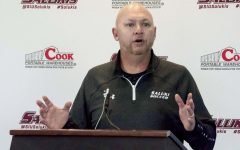