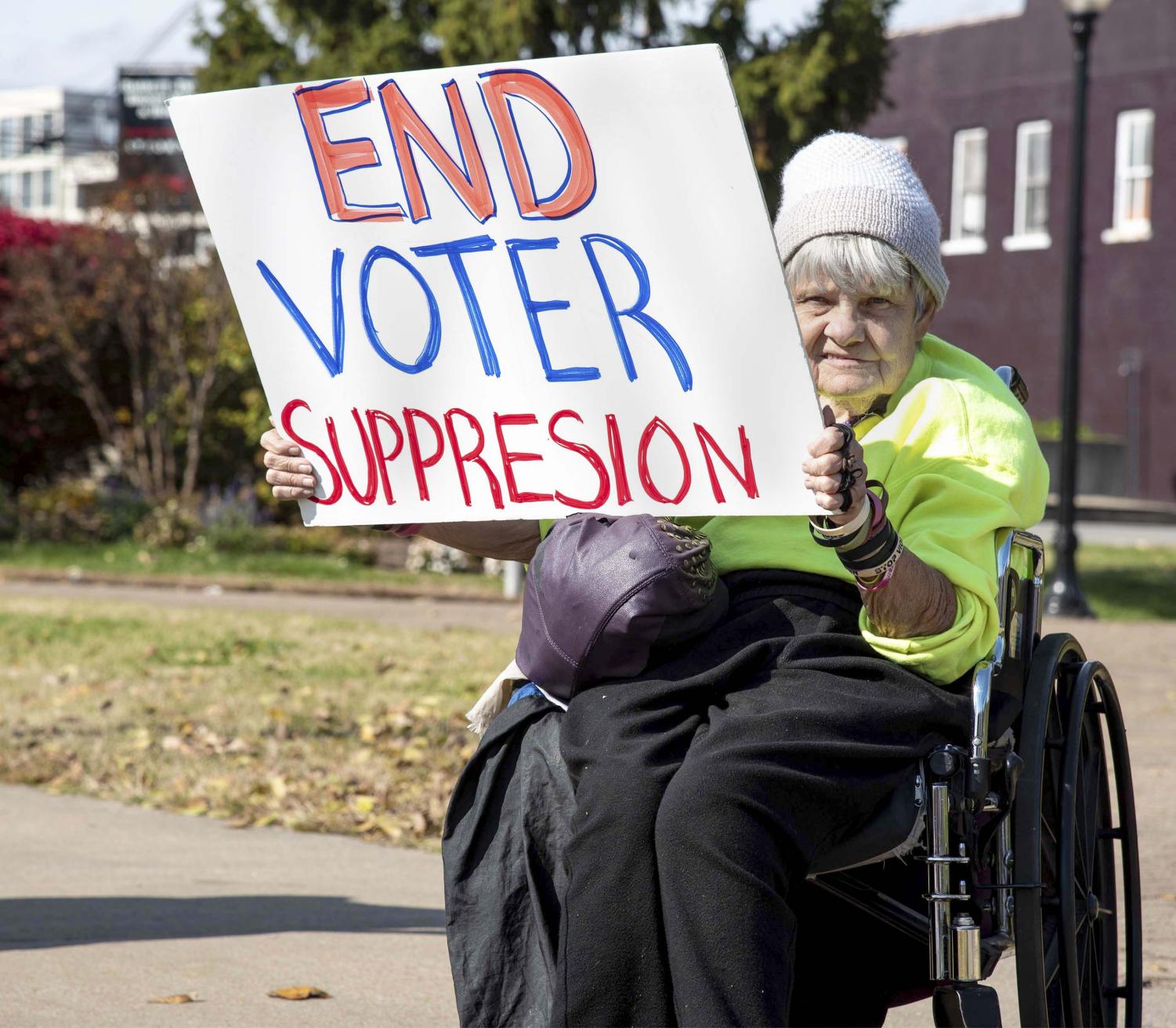 Ann DeHorn, 69, of Carbondale holds up an “End Voter Suppression” sign along side East Main St. in Carbondale for the voting rights vigil, Saturday, Nov. 3, 2018 put on by the Peace Coalition of Southern Illinois. (Allie Tiller | @allietiller_de)

Ann DeHorn, 69, of Carbondale holds up an “End Voter Suppression” sign along side East Main St. in Carbondale for the voting rights vigil, Saturday, Nov. 3, 2018 put on by the Peace Coalition of Southern Illinois. (Allie Tiller | @allietiller_de)

U.S. still seeing effects of voter suppression after over 100 years

Voter suppression has been around in the United States for hundreds of years and has decreased with the 13th, 14th, 15th and 19th Amendments being passed, but it still exists today.

In the United States, voter suppression is the act of putting obstacles in front of a certain group or community, usually people of color, to influence the outcome of an election.

Ed Yohnka, the director of Communications and Public Policy for the ACLU of Illinois, said voter suppression is an effort by people who are already in power to try to maintain power by limiting and denying a certain group of people from accessing the ballot.

“There’s a direct upward trend from the time that the Voting Rights Act was passed in 1965 until 2008 in terms of access to the ballot,” Yohnka said. “Generally mostly [for] Black people, but [also for] people of color. If you look at after the first Obama election and then after the Shelby vs. Holder decision in 2013, [which] rolled back the effectiveness of the Voting Rights Act, you see a fall-off in that participation.”

Yohnka spoke of times where voter suppression was very big in states like North Carolina and Kansas.

“If you look back to 2014 and 2015 into 2016, in North Carolina they passed a series of measures that change things like early voting, access to mail-in ballots, poll locations, and a couple of other changes that had all been studied for the way that they would impact who actually voted,” Yohnka said. “The reason that I point to that was a federal court when they ultimately looked at those changes said that they had been instituted with quote ‘surgical precision’ in order to limit voting by people who were younger and Black voters.”

Yohnka said in 2018 in the midterm election in Kansas, polling locations were moved to different parts of towns where there was no transportation for communities with people of color to get to them.

Illinois is no exception to this as there have also been accounts of voter suppression reported in the state, Yohnka said.

“In the midterms of 2018, [in] part of the Chicago metropolitan region, there was a county where the clerk actually had posted information on the county’s website suggesting that people needed an identification card, a state-issued identification card in order to vote,” Yohnka said. “That’s not true in Illinois and it’s something, that again, we’ve adopted this policy, it’s not part of what we do and so I think I would kind of count that as a subtle form of suppression.”

John Jackson, Visiting and Emeritus Professor of political science for 40 years and an employee of the Paul Simon Institute has worked there for 19 years to help educate people about public policy and public issues about government and politics.

Jackson said voter suppression is when various state officials who think they can systematically disadvantage certain groups of people that they believe will give them a partisan advantage.

“They theoretically are concerned about fraud but there’s such a little bit of voting fraud that nobody really believes that or takes it terribly seriously,” Jackson said.

Jackson said there will even be problems that limit the mail-in ballots in some states.

“Of course the president complains about it all the time and different states have different rules about how early they have to be postmarked and the controversy over whether or not U.S. Postal Service will be able to deliver them all to the county clerks. It’s a long list of those kinds of things that are potentially a problem,” Jackson said

“In Florida which is fairly notorious, what they did recently is there are about 200,000 ex-felons who had their right to vote restored, and then the Florida authorities decided that they had to pay all of their back fines and they had to pay court costs and all of that before they could vote,” Jackson said. “So, that’s been a form of keeping fairly large numbers of people from voting. I mentioned putting too few holding places in certain parts of town and those tend to have been discriminatory against Hispanic and Black voters.”

Linda Flowers has been the president of the Carbondale chapter of the NAACP for four years and has been working with the organization for over 30 years.

Flowers said while she hasn’t experienced voter suppression, her parents witnessed it firsthand in Alabama.

“I guess its as early as slavery with African American, as slaves not having the right to vote and then even after slavery and even after the 13th,14th, and 15th amendments to the constitution were added making Black citizens and giving them the right to vote,” Flowers said.

This strategy, according to Flowers, is one way the country can improve concerning voter suppression.

“I think nationally it needs to be against the law and there have been several voting laws passed, and as people are appointed to the Supreme Court and some of the other courts,” Flowers said. “They’ve been chipping away at the voter rights laws, so as we vote for people who will appoint judges at all levels, who will protect the voting rights of all citizens.” 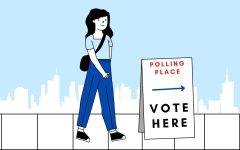