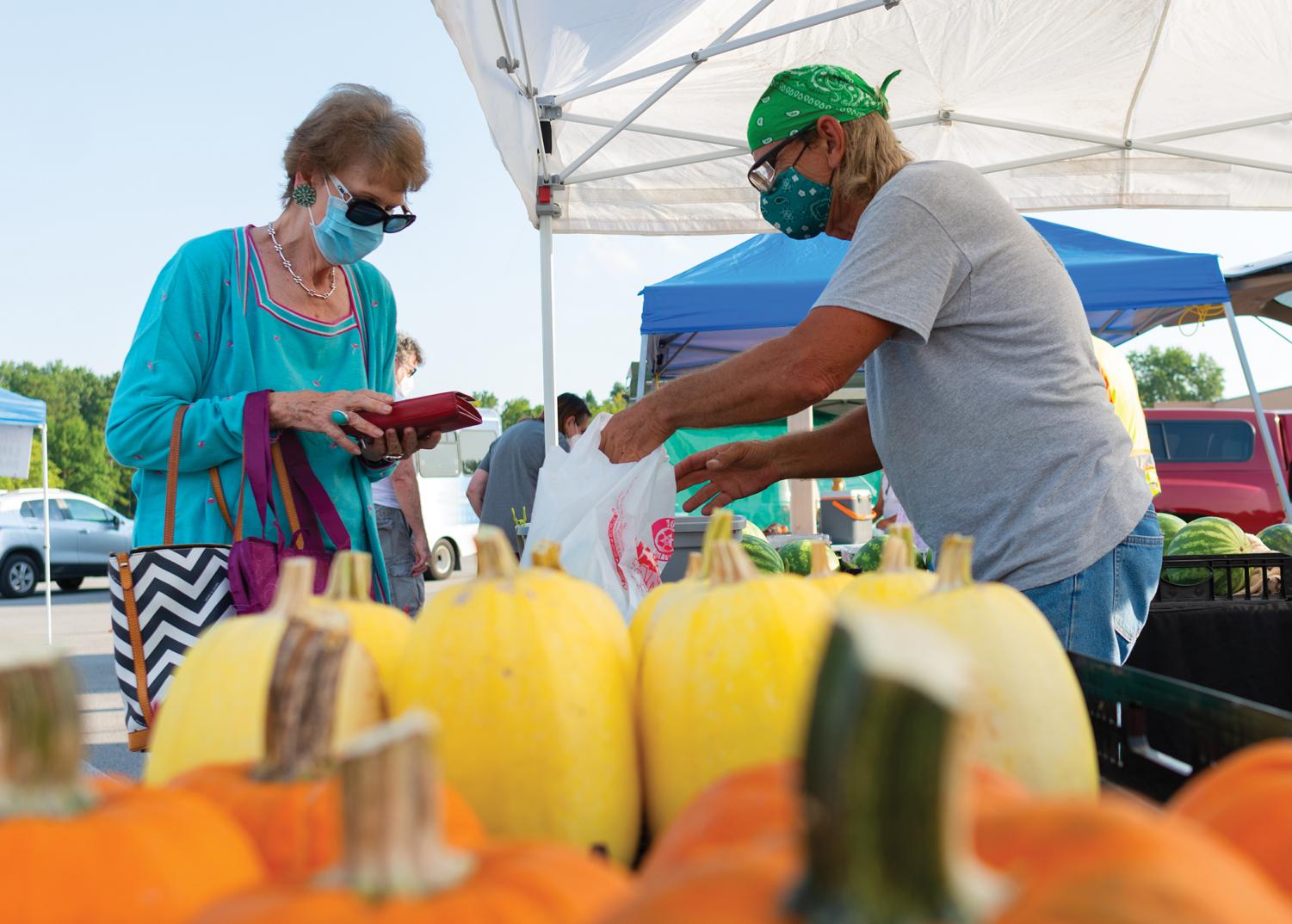 Virginia Rinella buys watermelons from Richard Bochantin at the Humpday Farmer’s Market on Wednesday, Sept. 30, 2020, in Carbondale, ILL. “This is my first experience [here] and I like it” Rinella said. Bochantin has been selling his products at the farmer’s market for about 4 years. Bochantin said that after COVID-19 started, the city shut down the farmer’s markets on city property, so they decided to move to a new location, the parking lot of Gold’s Gym in Carbondale, ILL. Bochantin said that since moving to the new location they have seen more people stop by.

Virginia Rinella buys watermelons from Richard Bochantin at the Humpday Farmer’s Market on Wednesday, Sept. 30, 2020, in Carbondale, ILL. “This is my first experience [here] and I like it” Rinella said. Bochantin has been selling his products at the farmer’s market for about 4 years. Bochantin said that after COVID-19 started, the city shut down the farmer’s markets on city property, so they decided to move to a new location, the parking lot of Gold’s Gym in Carbondale, ILL. Bochantin said that since moving to the new location they have seen more people stop by.

Carbondale farmer’s market continues to thrive during the pandemic

Carbondale’s farmer’s market is successfully adapting to the COVID-19 pandemic.

Market manager Ann Stahlheber has been selling at the market since 1976 and has been working as the manager for over ten years. Stahlheber said she and the vendors had to change their plans as the threat of the pandemic grew in America. 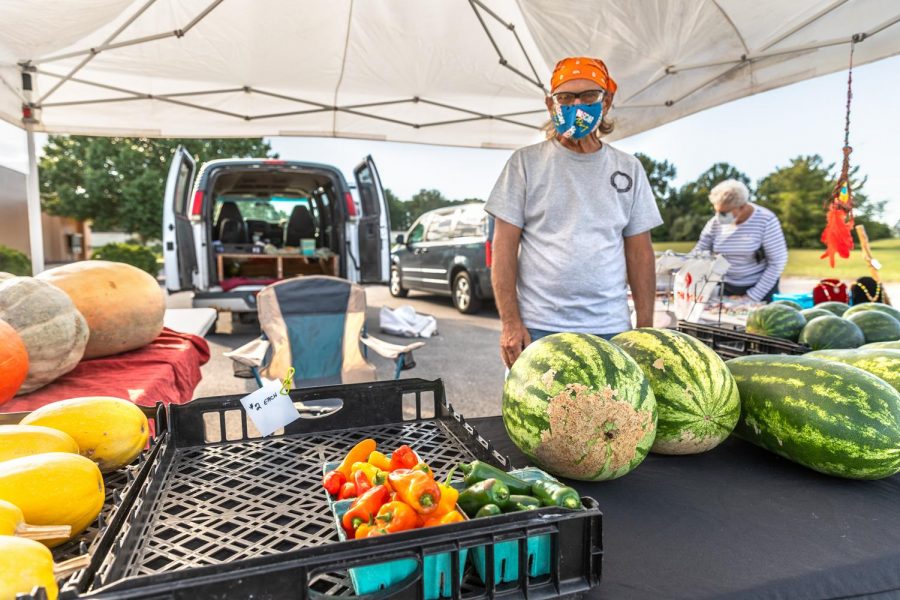 Gallery|6 Photos
Leah Sutton | @leahsuttonphotography
Richard Bochantin, DuBois, ILL., sells a variety of watermelons, spaghetti squash, pumpkins, and peppers at the Humpday Farmer's Market on Wednesday, Sept. 30, 2020, in Carbondale, ILL. "I always use crimson [watermelon] or sangria [watermelon] and then I got these big melons. They sell pretty good too," Bochantin said. "The sangria [watermelon] is a different texture, the meat inside. This one [crimson] is more blocky, you know, chunky. This one [sangria] is more smooth." Bochantin said that he would have orange watermelons next year due to the number of inquiries that he has had this year.

“We started with a drive-thru market for the first couple of months. Nobody was allowed to get out of their car, we had no walkthroughs, everybody wore their masks of course,” Stahlheber said. “We did that for a while and that became an impossible way to do the market. So we did the open air and we’ve had to make changes. Especially earlier in the market selling season.”

Stahlheber said the drive-thru went fine for the few months they did it, but the challenging part about it was customers having to wait in line for one to two hours and in the end, it became too much for the sellers and buyers.

“We have seen a decrease in the amount of buyers, I think people are still afraid or cautious about coming out,” Stahlheber said. “We have had to limit the number of sellers we have because of the social distancing. We’re very careful to try to do space between the vendors so we can’t have as many vendors as we normally do.”

Stahlheber said local farmers are always trying to find ways to be more sanitary and safe with their foods. Some vendors have made the change to have one person handle money and another handle the product to make things safer on their part.

Natalie Branca is the owner of Mario’s Mama Pet Bakery and has been a regular vendor at the Carbondale Farmers Market for the past eight years. When COVID-19 first broke out, she was afraid of what it meant for the farmer’s market.

“I was worried that we weren’t going to have it. I was happy when they went ahead and did the drive-thru market which was how they started out,” Branca said. “I was very pleased when they separated us out and made it possible for our customers to actually walk up and talk to us and ask questions.”

Branca said with the drive-thru they didn’t space out the vendors that much and with the wait, the customers had to deal with it made things difficult. So when they decided to open back up for walk-up customers and space the vendors out, it worked better.

Branca said she’s not really worried about the market closing now unless there was a spike in the community.

“I think that if there was a big spike especially if they knew it was connected in some way to somebody, a vendor or something at the market that…I don’t know necessarily that the market would close,” Branca said. “But I think when word got out there may be a lot of customers would be afraid to come.”

If the Farmer’s Market were to close, Branca feels that her business would be able to survive with online and telephone orders, but it would be hard since the market is her main source of business.

SIU graduate and Carbondale resident Colleen Ryterski and her spouse Scott Ryterski have been coming to the market for the past few years now.

Colleen Ryterski feels that the vendors are handling pretty well but finds it a little uneasy that the market is not heavily enforcing COVID-19 restrictions on the customer’s end.

“I think the vendors are handling things as best as they can by the way that it looks,” Rysterski said. “Some of the folks here aren’t masked, so that is a little unsettling.”

Scott Ryterski said at the food pantry they drew circles on the floor to keep people separated. If the Farmer’s Market bought some sidewalk chalk and drew circles six feet apart they could enforce social distancing.

“I feel like the farmer’s market is a good way to spend money locally and I’m able to still help my community in you know not a dangerous way but coming out to support local things in a time of need and doing the best that I can to stay safe during the time,” Ryterski said. “I’m wearing a mask and everything so hopefully, I’ll be as safe as I can be and just hope that everyone else is doing their part.”

The farmer’s market continues to do well with community support and loyal, long-time vendors.

“I think we’ve been around for so long and we’re kind of an establishment here in Carbondale,” Stahlheber said. “People love to buy local and support local farmers and businessmen and they also like the fresh produce.” 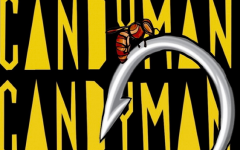 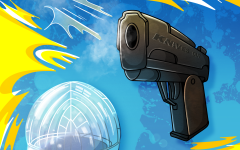 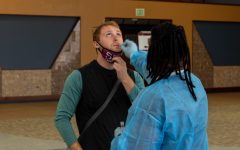 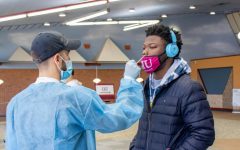