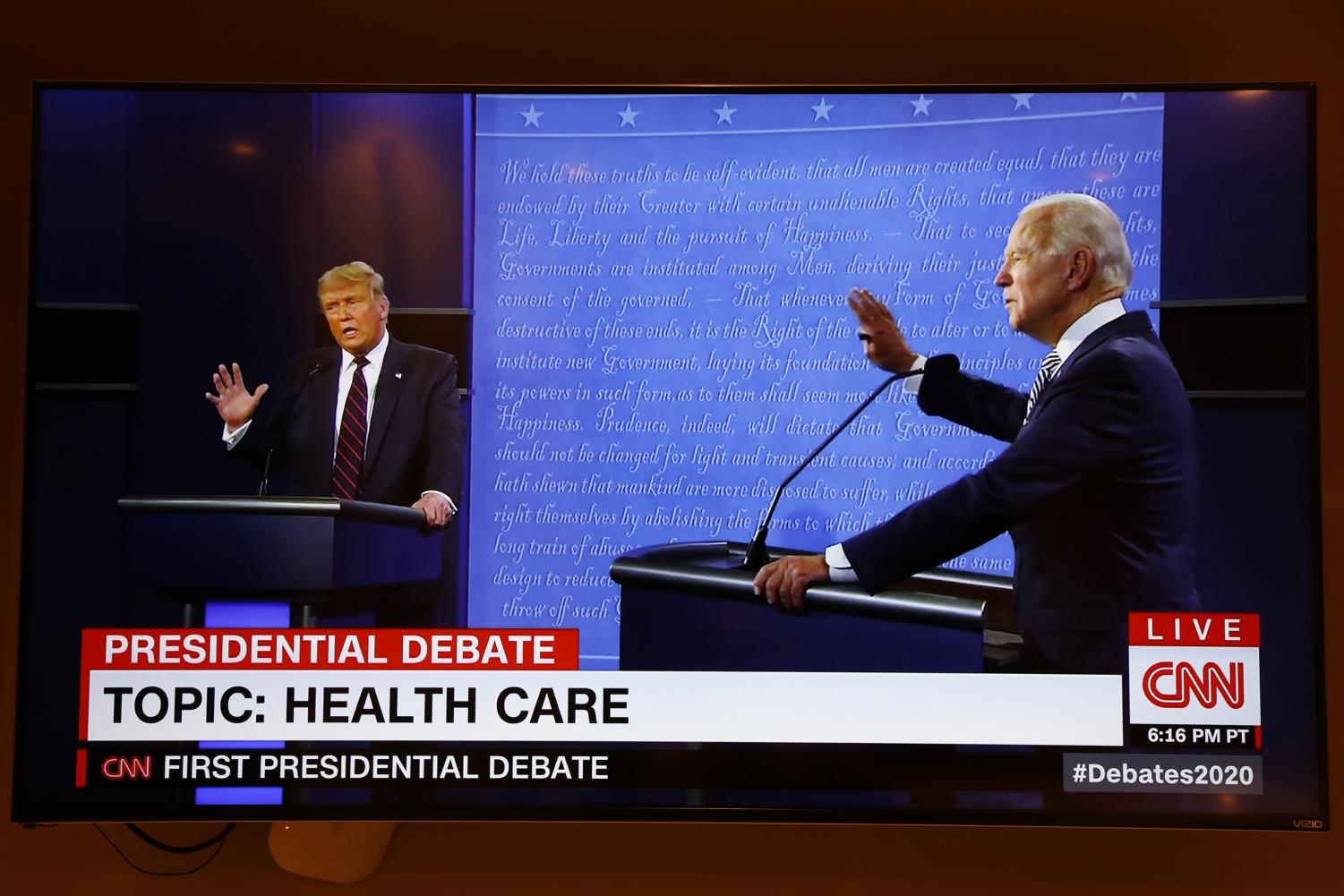 CLEVELAND (Tribune News Service) — Shouting, insults and misinformation dominated the first presidential debate, as President Donald Trump sought Tuesday to close a persistent polling gap and mobilize his base with conspiracy theories that veered into encouragement for a far-right hate group and pro-Trump “poll watchers” engaging in voter intimidation.

The event quickly devolved into an incoherent volley, reflecting the harsh tone of politics in the Trump era. Front-runner Joe Biden, whose main goal was to reassure voters that the incumbent’s caricature of him as frail and incompetent was without merit, angrily pushed back as the president tried to bait and taunt him.

Neither man emerged from the night unscathed, and Biden lashed out at the president several times, saying “Will you shut up, man?” at one point calling him “a clown.”

The cringe-worthy 90 minutes of yelling and finger pointing hardly seemed to change the contours of the acrimonious race for the White House. If anything, it dispirited voters, which at some points seemed to be Trump’s goal.

The president again amplified his unfounded warnings that mail-in voting is a cauldron of fraud, even as tens of millions of Americans who will rely on the mail to vote in the pandemic start receiving their ballots. He mocked his rival for following the advice of public health officials and wearing a mask at public events. Trump renewed his attacks on Biden’s family. Trump chafed when asked to condemn white supremacists.

“Everything he is saying so far is simply a lie,” Biden said early in the debate, as Trump accused him of planning to end private health insurance, which Biden opposes.

“I am not here to call out his lies,” Biden said. “Everybody knows he is a liar.”

Trump made no apologies throughout the night, even when the sparring turned to the racial injustice that has sparked protests in cities and towns throughout America since May.

He urged the far-right hate group Proud Boys to “stand back, and stand by,” for the election, raising fears that the little known neo-fascist group would turn to violence during the election. Trump instead insisted the threat is not “a right-wing problem, this is a left-wing problem.”

Almost immediately, the group took the president’s comment as a validation, posting “Stand Back. Stand By.” as a rallying cry above their crest, celebrating the comments on Twitter and in online message rooms.

“He doesn’t want to calm things down,” Biden said. “He just pours gasoline on the fire constantly.”

Television anchors across several networks reacted to the melee with unconcealed disgust, struggling to put the spectacle into words and context. Lester Holt of NBC called it “a low point in U.S. history.” And Jake Tapper of CNN called it “a hot mess, inside a dumpster fire, inside a train wreck.”

Trump seemed to make little effort to lure back the moderate suburban voters who voted for him before, but have become unnerved by his erratic pronouncements on Twitter and at the podium of the White House press room, and are dismayed by his repeated efforts to undermine public health experts amid the pandemic.

The president instead worked to fire up his base, using the platform of the debate to further add chaos into the election and hold open the possibility that he won’t accept the results if he is not the victor.

Despite overwhelming evidence that mail voting is secure, Trump insisted ballots are being dumped in rivers and fraud is rampant.

“This is a horrible thing for our country,” he said.

“There is no evidence of that,” Biden broke in. “Five states have had mail in ballots for the last decade or more … He’s just afraid of counting the votes.”

When asked if they would urge their supporters to stay calm after the results, Trump balked. “I’m urging my supporters to go into the polls and watch very carefully,” he said, encouraging his followers to engage in tactics that threaten to cross the line into voter intimidation. “Bad things happen in Philadelphia.”

“I hope it’s going to be a fair election,” Trump said. “If I see tens of thousands of ballots being manipulated, I can’t go along with that.”

Trump headed into the debate with voter perceptions of his handling of the economy among his strengths. But revelations in The New York Times that Trump paid no federal income tax in 10 of the last 15 years put the president on the defensive when the conversation shifted in that direction.

During his 2016 campaign and again in his first year in office, the billionaire paid just $750 a year in federal income tax, much less than the average middle-class American. Trump has refused to reveal his tax returns to voters, although he promised during the last campaign that he would do so.

After Trump insisted that he paid “millions” in federal taxes, Biden responded, “Show us your tax returns.”

Once again, the back-and-forth devolved quickly into a barrage of insults. When Biden vowed to raise taxes on the wealthy and to close loopholes like those Trump has utilized, Trump asked him why he didn’t do it during his years in the Senate.

Biden, frustrated, hit back: “You are the worst president America has ever had.”

Prior to the debate, to underscore Trump’s tax avoidance and lack of transparency, Biden and his running mate, Sen. Kamala Harris of California, released their own 2019 federal tax returns.

As he has throughout the campaign, Biden aggressively attacked Trump’s response to the pandemic, where the president’s repeatedly undermining of the nation’s public health experts. He quoted Trump as saying of the rising U.S. death toll, now over 205,000, “It is what it is.”

“It is what it is, because you are who you are,” Biden said, pointing a finger at Trump. “The president has no plan. He hasn’t laid out anything. He knew all the way back in February how serious this crisis was. He knew it was a deadly disease,” Biden said. Trump, he said, “panicked.”

Trump shot back: “If we would have listened to you, the country would have been left wide open, millions of people would have died, not 200,000.” Trump blamed China for the outbreak.

“You could never have done the job we did,” Trump said to Biden. “You don’t have it in your blood.”

The president made no apologies for staging campaign rallies that have drawn thousands of people, stating that they’re held outside. Some, in fact, are indoors.

When the moderator mentioned Biden holding smaller rallies, Trump interrupted: “Because nobody would show up. Nobody shows up to his rallies.”

Biden responded: “He’s been totally irresponsible. … He’s a fool on this.”

Trump, 74, has spent the last several weeks manufacturing conspiracy theories about Biden’s health, claiming without any evidence that the 77-year-old former vice president is taking performance-enhancing drugs before public events to mask supposed frailty and dementia.

The Trump campaign kept at it right into debate day, accusing Biden of trying to cheat by refusing inspection of the “electronic earpieces” that the candidates wear on stage and rejecting Trump’s requests to take a drug test, charges the Biden campaign declared false and absurd.

It was Trump who struggled for much of the debate to present himself as in control, with his filibustering and conspiracy mongering drawing repeated scolding from moderator Chris Wallace of Fox News.

When the debate turned to the rush by Trump and Senate Republicans to immediately fill the Supreme Court seat left vacant by the death of Justice Ruth Bader Ginsburg on Sept. 18, Trump expressed confidence in his decision to nominate staunch conservative Amy Coney Barrett and insist that she be swiftly confirmed.

“We won the election. Elections have consequences,” Trump said. “We have the Senate. We have the White House and we have a phenomenal nominee, respected by all.”

Biden argued that “the American people have a right to have a say.”

He warned Barrett has already expressed opposition to the Affordable Care Act, and her confirmation would put at risk 100,000 Americans with preexisting conditions.

Biden angrily rejected the charge. “The party is me, right now,” Biden responded. “I am the Democratic Party.”

Trump is behind in most of the key battleground states, and he is also struggling in several key Sun Belt states that he won by a comfortable margin in 2016.

While the debate was highly anticipated, rarely do such head to heads dramatically alter voter opinion.

The event stood out less for its likelihood to change voter minds, than for bringing American politics to a new low of discord. Even so, it did fire up at least some voters: those who give money. The Biden campaign reported that it broke the one-hour fundraising record for any campaign ever over the platform ActBlue, where candidates raise money from small donors. Biden raised $3.8 million between 10 and 11 p.m. Eastern time.

The Biden campaign said it remained committed to participating in the final two debates, despite the difficulty of debating Trump and the moderator’s inability to control him. “Joe Biden’s going to show up,” said Kate Bedingfield, Biden’s deputy campaign manager. “He’s going to continue speaking to the American people.”

(Stokols reported from Cleveland, Halper from Washington and Mejia from Los Angeles.)\ 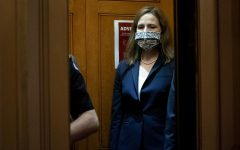 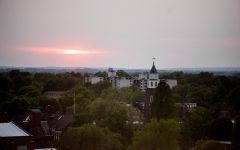 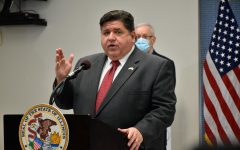 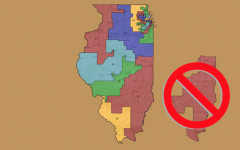 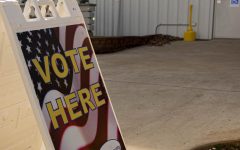 Looking ahead: Here’s how you can vote 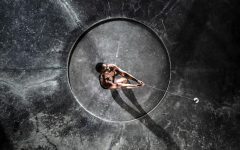 One Fist, One Podium, One Large Reprimand: Olympian speaks about her Pan-American protest and the punishment that followed it 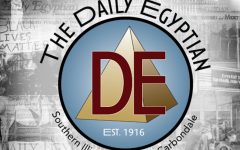 Letter from the editor: It’s time for student news to step up 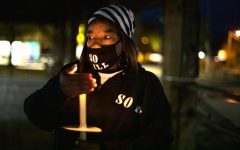