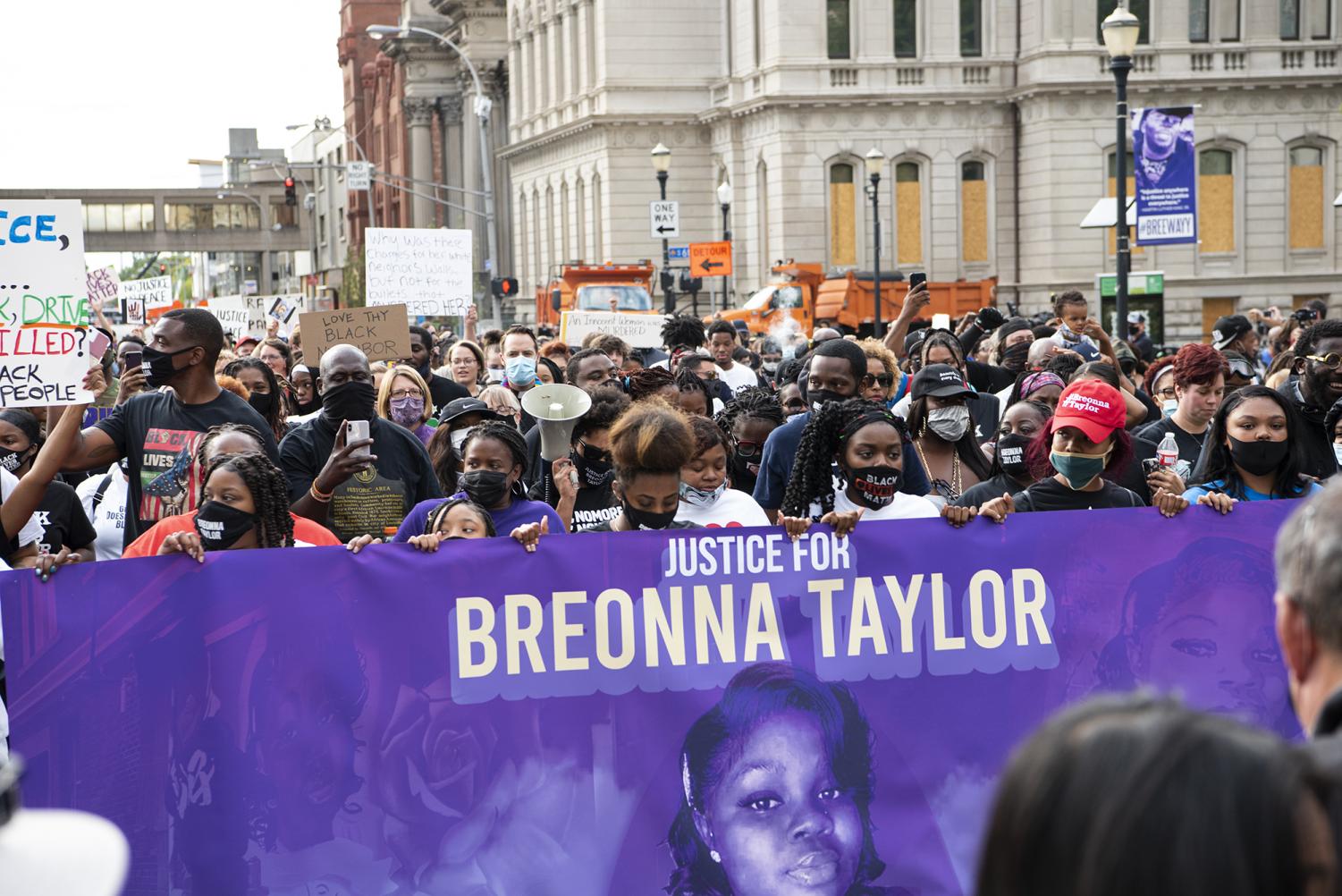 Protesters of the grand jury’s decision in the death of Breonna Taylor carry a sign in her memory during a march through Louisville, Ky. on Sept. 25. (Nicolas Galindo/ @ngalindophoto)

Protesters of the grand jury’s decision in the death of Breonna Taylor carry a sign in her memory during a march through Louisville, Ky. on Sept. 25.

‘She looks just like me:’ Black women are at the forefront of protest efforts, activism in Louisville 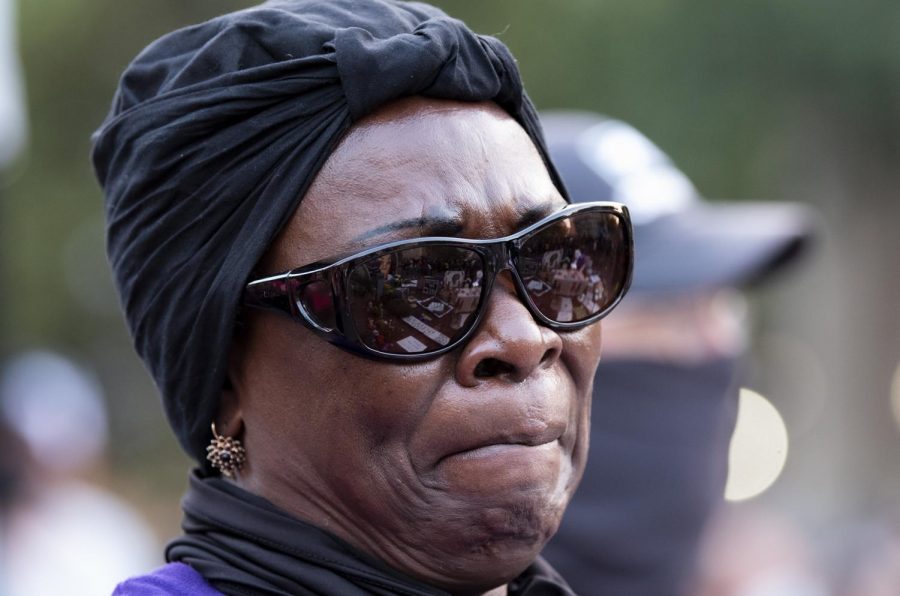 The Black community in Louisville is shattered, exhausted and grieving.

Protesters have gathered for 123 days in “injustice square park” in Louisville Kentucky,  to demand justice for Breonna Taylor, who was killed by police in her home during a no-knock raid. Black women especially have been on the frontline of the movement.

Felicia Garr, a 52-year-old activist, organizer and Louisville native, said she saw her daughter and herself in Breonna Taylor.

Cheyenne  Osuala, 21 of Louisville Kentucky said the case has impacted her entire life.

Jacriya Thompson, of Louisville, wants her children to witness history, so she brought two of her children, 11-year-old Christopher and six-year-old Amayah, to the protests.

Tiffanie Morris, an activist from Atlanta Georgia, arrived in Louisville on Friday to lend support to the community during the demonstrations.

Garr has been involved with the demonstrations since the minute she learned the details of Taylor’s death.

Garr said the grand jury’s verdict was a smack in the face, but for the most part, it was expected.

“What I did not expect, was for it to be so small, so insignificant, that you may as well have shot a deer while hunting,” Garr said. “We knew that the Commonwealth of Kentucky had no respect for the case, for black people, but did we think that we would not even get a charge that was directly affiliated with the bullets and the body of Breonna Taylor? Absolutely not. Manslaughter, anything that would acknowledge that this woman, Breonna Taylor is in her grave.”

Garr said the ruling is a reinforcement of the idea that Black Lives do not matter in Louisville Kentucky. She said that those saying all lives matter need to understand why activists say Black lives matter.

“Break one of the bones on your body. All of your bones are important but if you just do damage or break a bone to your leg or an arm, you will then recognize that not only do all bones matter, but right now at this time and at this time, we need to focus on, pay attention, get medical treatment and care for the bone that is broken,” Garr said. “The Black bone in the American population is shattered right now.”

Garr said the Black community in Louisville is not OK, and she is exhausted.

“I felt outraged, I felt betrayed, I felt angry, I felt disappointed and you know, this is so unfair,” Garr said. “We knew that the Kentucky Attorney General was not going to give us the justice we deserved, needed, and wanted. But to hear him belittle the case and possibly not even give the grand jury the information that they needed to make a wise decision, a right choice,

devastating.”The community has to fight for equal treatment over and over again, Garr said.

“Dr. King died in 1968 Martin Luther King, it’s 2020 and we’re doing it again? And I suspect my great grandchildren will have to do it even again,” Garr said. “When will we ever decide that America is the only country who continually looks at the color of your skin instead of the content of your character?”

Garr said she prays the Kentucky Attorney General never has a Black child.

“As a Black man himself, he must stop planning on reproducing. Because if he plans on reproducing he is going to have a Black child and if his child is at the wrong place at the wrong time, they will take his life,” Garr said.  “And when that happens unjustly, he will finally get a taste of what Breonna Taylor’s family is going through and I don’t want that to happen even to my enemy.”

Osuala is an organizer with the Black Women’s Collective, said nothing about her life has been the same since the protests started.

“I mean I’ve lost my job because of it, I’ve went to jail during this, I’ve had my wrist broken by a police officer during my arrest and then just the emotional toll,” Osuala. “We didn’t get the justice that we wanted and it just hurts. I’m hurt for Breonna Taylor’s family, her mother and just the fact that we’ve all been here for so long fighting for this, trying to get that justice and not getting it so it’s been hard.”

“I’m terrified for my kids here in Louisville, Kentucky,” Thompson said. “I gave us a year to be out of this city and this state.”

When she gives her kids “the talk” about the police, Thompson said she tells them to put their hands up or on the dashboard, do what the police say and pray.

Lisa Willner, Kentucky state representative for the 35th district, said she is working on legislation to demilitarize the police that will be filed in the 2021 legislative session.

“It’s tough right now, I feel like we are so polarized, but I think we have to understand and listen to the people who are hurting, the people who are grieving and understand the history of injustice that has brought us to this place,” Willner said. “It’s my hope that people are becoming more aware of the systems that have created the injustices and that we’ll be ready to make changes.”

Friday morning, Willner went to the jail with two other state representatives to support representative Attica Scott when she was released.

Scott is Kentucky’s only Black female legislator and was arrested along with her teenage daughter Thursday evening by Louisville Police. She recorded as she was stopped by police after curfew while walking to the FIrst Unitarian Church of Louisville to seek shelter.

Louisville natives have been protesting for 124 days and have been joined by activists and volunteers from around the U.S.

Morris, an activist from Atlanta Georgia, arrived in Louisville on Friday to lend support to the community during the demonstrations.

“You know as tired as the residents are, they’ve been out here since March, and my legs are fresh,” Morris said.

Morris said she was impacted by the case because she is a Black woman and looks like Breonna Taylor.

Morris said she will stand in solidarity with the Louisville community and Taylor’s family as long as she is able to.

The details of the Breonna Taylor and George Floyd cases have shined a light on injustice in America and the double standards of the law enforcement system. She said this is a modern day civil war, Garr said.

“I use the term modern day civil war because that’s what it took. It took everybody, all walks of life to come together and say no more,” Garr said. “Enough is enough. I think that America is at that crossroads of what we are going to do as a country.”

Garr said it is important for those who are on the battlefield for a Black Lives Matter movement to keep mental stability, stay focused, and healthy mentally and physically.

“I am a Christian. And if it was not for my faith based beliefs, I’m not sure I would be sane. However, you cannot get work done for the good. We call it good trouble per the conscience of congress John Lewis, you cannot perform a duty if you’re not stable,” Garr said. “You must be in good health to fight a battle. You cannot be weak and think you’re going to be prepared for war. This is war. It’s unfortunate but this year we’re at war and it’s a different type of war.” 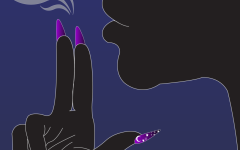 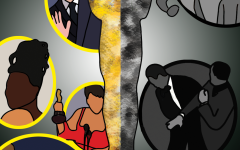 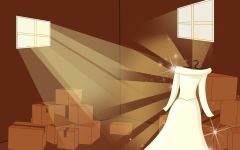 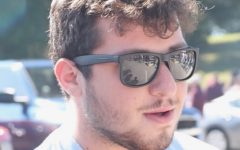