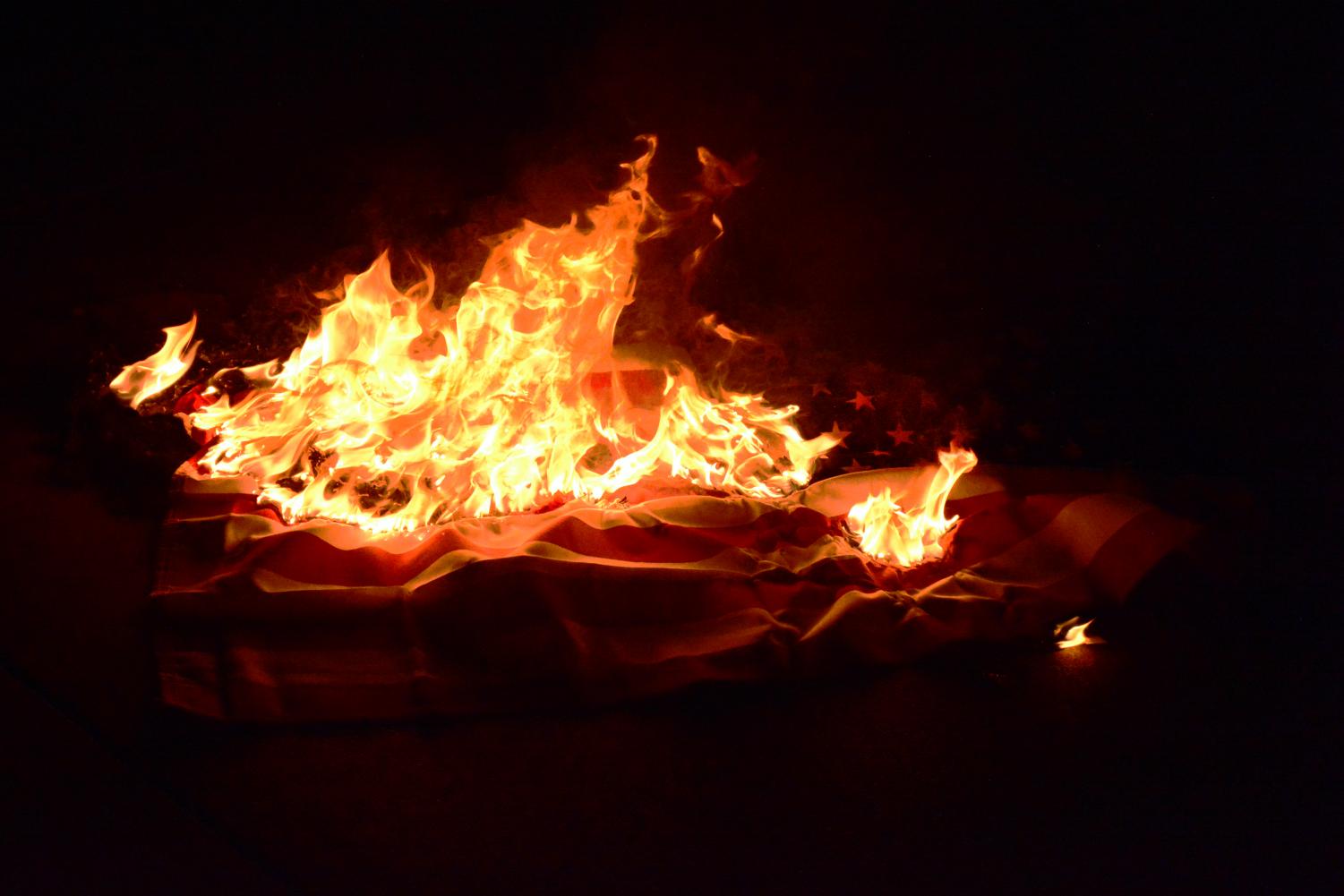 Protesters burn the American flag during a “Defund the Police” march, Monday June 29. in Carbondale ILL. 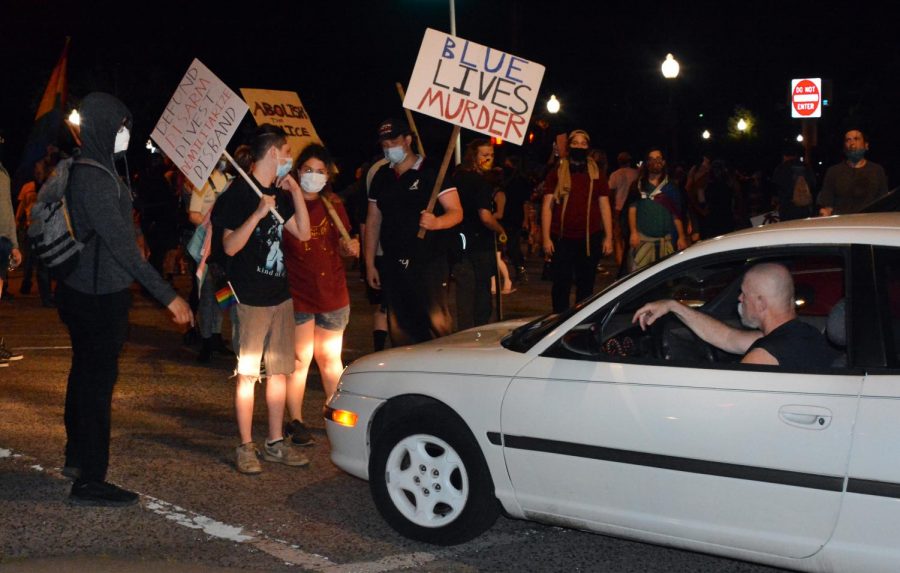 Gallery|8 Photos
Protesters who blocked the intersection of W. Main St. and US-51 only let a few cars go by, June 29, 2020, Carbondale, ILL. As this car tried to pass protesters made him say “Black lives matter” before letting him through.

Cat Bruefach, a transgender woman, was arrested during the encounter and was identified by their deadname in a police press release.

During Monday’s demonstration, protesters gathered at the pavilion for speeches by local activists, before heading to the spot where the altercation took place.

Clare Killman, a local activist, spoke of her experiences in Carbondale as a trans woman and read a statement she wrote in solidarity with Bruefach.

“Yesterday, [the] Carbondale Police Department treated its own residents worse than enemy combatants,” Killman said. “This struggle is one the queer community knows all too well, with the memories of how our movements were birthed into this world long distant, our people have been pacified and our culture of resistance stolen.”

Killman said being a transgender woman is not an easy life to live.

“Making the decision to transition is asking for a life fraught with danger and pain,” Killman said. “Some of that pain might be physical, like the police brutality our sister Cat endured by CPD. But all too often, a deeper pain lurks beyond that. Cat’s identity, which all transgender women have to fight tooth and nail to maintain socially, was revoked from her by the Carbondale Police Department.”

Killman went on to discuss how Bruefach’s deadname and incorrect pronouns were sent out in a press release about the altercation and arrest and said this led to the humiliation and public shaming of Bruefach.

After marching to the location where Bruefach was arrested, the demonstrators continued on to the police station where they rallied with chants and a few short speeches, before burning the American flag.

The protesters then briefly blocked the intersection of W. Walnut St. and US-51 on the strip before dispersing. 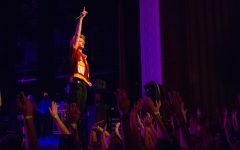 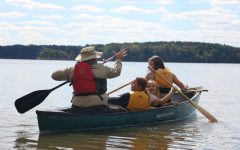