Four LGBTQ heroes who made history

In the midst of LGBTQ history month, the Daily Egyptian wanted to take a look backwards and delve into the lives of those who helped drive the movement to where it is today.

This month of recognition was founded by Rodney Wilson in 1994 and is used to celebrate icons who stand proudly within the community.

“LGBTQ+ History Month is an occasion to spotlight the history, achievements and setbacks of LGBTQ+ persons throughout history,” Wilson told SEMO news in a 2019 interview.

Often referred to as the “gay Betsy Ross,” Gilbert Baker is a gay icon within the LGBTQ community. He is known for creating the original Pride flag, also called the Rainbow Flag.

Baker worked making flags over the span of about four decades, including designing for many major personnel. He translated this work of flag-making into his political efforts when, in 1978, he created the Rainbow Flag.

There is assigned a meaning to each of the eight colors that are represented in the flag. The Gilbert Baker Foundation lays out each meaning: hot pink color portrays sex, red portrays life, orange shows healing, yellow is for sunlight, green for nature, turquoise for magic and art, indigo for serenity, and violet for spirit.

While the first flag flew 30-by-60 feet and was handsewn by Baker, he went on to create a flag over a mile long. This flag was marched through New York’s streets in a show of remembrance and pride of the 25 anniversary of the Stonewall riots.

The Stonewall Riots were a movement defined by a sequence of demonstrations by the LGBTQ community as a response to the police raiding the Stonewall Inn, a gay club.

Miss Major Griffin-Gracy, referred to as Miss Major, is a notable transgender figure in the LGBTQ community, and has been an advocate for people of color for many years.

Miss Major faced much adversity in transitioning to express her gender identity. She was expelled from various colleges for expressing herself, and relied on the black market for her hormones.

With time, Miss Major found her place within the LGBTQ community provided by the Stonewall Inn. This led to her being one of the leaders of the Stonewall Riots that occurred in New York City in 1969.

Her work extends beyond the riots, however, as she is highly involved in work with HIV/AIDS. Miss Major worked as an advocate for communities with high rates of these diseases.

She also started her organization, House of GG, and the TGI Justice Project. The House of GG is a historical center that hosts the Griffin-Gracy Education Retreat. This retreat acts as a permanent home for those who are transgender and gender nonconforming to feel safe and at home. The TGI Justice Project, is a group formed of people of many genders, incarcerated or not, who form a family for each other.

In a 2020 interview with Jaimee Swift from Black Women Radicals, Miss Major said, “The thing that makes us radical is we don’t accept what is handed to us. We don’t accept that.”

Marsha “Pay it no mind” Johnson is known as a leader of the Stonewall Riots and an advocate for trans people of color.

Johnson was known throughout the community for essentially parenting many of the younger members of the LGBTQ community within her time in New York City.

“If you wanted to feel like New York was your home as a young gay or lesbian person, you really needed Marsha’s blessing, in a way,” said David France, who made a documentary over Johnson’s life, and knew her personally.

With the help of Sylvia Rivera, another Stonewall revolutionary and fellow sex worker, Johnson was able to establish Street Transvestite Action Revolutionaries, or STAR. She created this group in 1970 to support homeless, transgender youth. The group also supported general transgender and gender nonconforming activism.

She was a known sex worker among the members of the Stonewall Inn community, and she fought hard for rights and a cease to violence against sex workers. Johnson was very open about her labor, and used the funding to open her first STAR house.

The first STAR house was a trailer that sat in a parking lot and acted as a shelter for sex workers and LGBTQ youth. Upon finding the trailer, which was full of sleeping community members, being towed, Johnson and Rivera opted for a permanent home instead.

During the days, the two women would teach the children and take care of them; at night, they would return to sex work in order to keep up on rent.

At the age of 46, Johnson’s body was found in the Hudson River after the 1992 Pride celebration. Although there have been reports saying Johnson was being chased the night she died, and close friends said she was not suicidal, her death was initially written off as suicide.

The public pushed back on this decision, with activists asking for a more thorough investigation for months after her death. Due to this public pressure, the ruling was eventually changed from suicide to undetermined.

Johnson’s legacy is played out through today’s Marsha P. Johnson Institute. The institute’s website states their vision, “We were created to elevate, support, and nourish the voices of Black trans people. Our community is made up of Black trans people and those committed to undoing white supremacy in all of its forms. Our space is intended for the sole purpose of bettering the Black trans community across the diaspora.”

Leonard Matlovich is known best for being an openly gay soldier during the Vietnam War.

Matlovich was closeted for much of his life, and, despite the military’s ban of gay soldiers, he followed in his father’s footsteps and joined the U.S. Air Force. He earned both a Purple Heart and a Bronze star for his service in the war.

Although he was closeted through his military career, he is well known as a soldier. His gravestone, which lies with him in Congressional Cemetary in Washington, D.C., famously reads, “A Gay Vietnam Veteran.”

His gravestone also reads, “When I was in the military they gave me a medal for killing two men and a discharge for loving one.”

The quote comes from a reader of the Time Magazine article that brought major attention to Matlovich. He debuted on the September 8, 1975 cover of the magazine, with the quote, “I am a homosexual,” in bold accompanying his portrait.

This magazine garnered a range of responses ranging from the defamation of his name as a soldier, to the quote displayed on his grave.

His story started a movement that led to a much more inclusive military. Matlovich often told reporters, “Maybe not in my lifetime, but we are going to win in the end.” 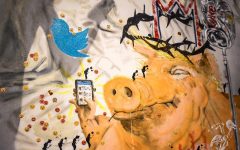 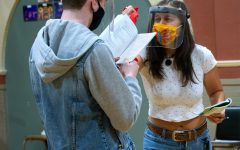 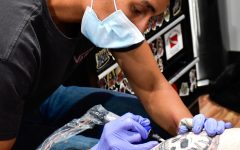 Photo of the Day: Tattoo as an art 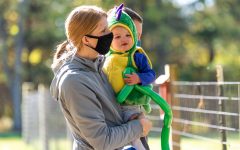 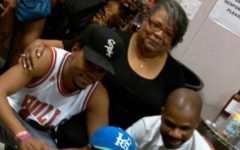 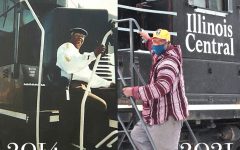 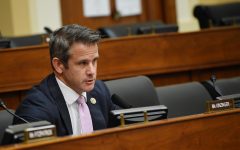 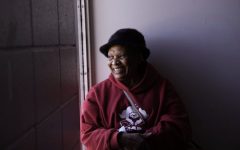 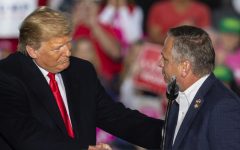