‘Birds of Prey’ is a colorful, fun ride 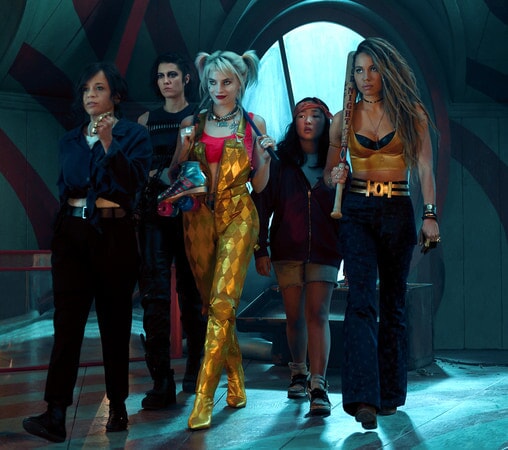 The last time we saw Margot Robbie on-screen as Harley Quinn was in 2016’s “Suicide Squad.”

The film was panned by critics and audiences alike, but still ended up making nearly $750 million worldwide. One of the things audiences and critics universally praised, however, was Robbie’s performance.

Many only knew of Quinn as the Joker’s girlfriend prior to that film’s release. It was actually my first introduction to the character.

Since then, Quinn has become one of the most iconic DC characters available in their canon, with numerous animated films and series, including an absolutely incredible DC Universe animated series centered on Quinn.

Now, “Birds of Prey (and the Fantabulous Emancipation of One Harley Quinn)” sets out to do exactly what that extended title would suggest: separate Quinn from the Joker and establish her as a solo character.

The film follows Harley Quinn and Gotham’s reaction to her break-up with the Joker.

Those events end up creating even more trouble for Quinn as she gets caught up in the theft of a valuable diamond, which causes one of the most powerful men in Gotham (Ewan McGregor) to come after Quinn and her newfound allies.

One of the best parts of “Birds of Prey” is the cast. Robbie is at the top of her game and really excels in the physically demanding action sequences, as does the rest of the cast.

Jurnee Smollett-Bell and Mary Elizabeth Winstead make their DC debuts as Black Canary and Huntress, and both are absolutely awesome character additions. They too excel in the action sequences, and both get their moments to shine and receive depth to their characters.

Rosie Perez as Detective Renee Montoya and Ella Jay Basco as Cassandra Cain are both great as well and offer a lot of insight to the plot in addition to a ton of humor, especially from Basco.

McGregor, whose campy portrayal of the main villain Black Mask is simultaneously absolutely hilarious and menacing, and Chris Messina, playing his sidekick Victor Zsasz,  both dedicate themselves to these villainous roles and all of the insane character decisions they have to make along the way.

The plotline and editing jump around a bit in the first half of the film, creating a chaotic and confusing experience at times that sometimes causes it to drag, but once the film sticks to chronological order, it’s an absolute blast.

The screenplay, written by Christina Hodson (“Bumblebee”), is filled with some absolutely hilarious gags, mostly from Quinn, which Robbie pulls off with excellence.

The fight scenes I mentioned earlier are an absolute riot to watch play out. Director Chad Stahelski, who directed “John Wick,” was brought in to assist with those scenes, and they are filled with some insane stunts and some of the most insanely fun fight choreography I’ve seen in a while.

If you’ve seen the trailer, you know that there’s a huge fighting setpiece set in a funhouse, and it absolutely does not disappoint.

Director Cathy Yan handles these scenes so well it’s hard to believe she hasn’t directed something of this scale before.

Even the less flashy scenes hit incredibly well, and she has crafted a world that feels both familiar to us and also incredibly new.

It’s a side of Gotham we haven’t seen much before, and I would absolutely revisit it in a future Harley Quinn/Birds of Prey installment.

Overall, despite its pacing at times, “Birds of Prey” is an absolute blast for fans of Harley Quinn. It’s a colorful amusement park ride filled with some hilarious laughs and some even more insane action.

I really want to see more of this world with Quinn and the Birds of Prey in the future, and hopefully, the film will have enough good word of mouth and legs at the box office to warrant more installments with these characters.