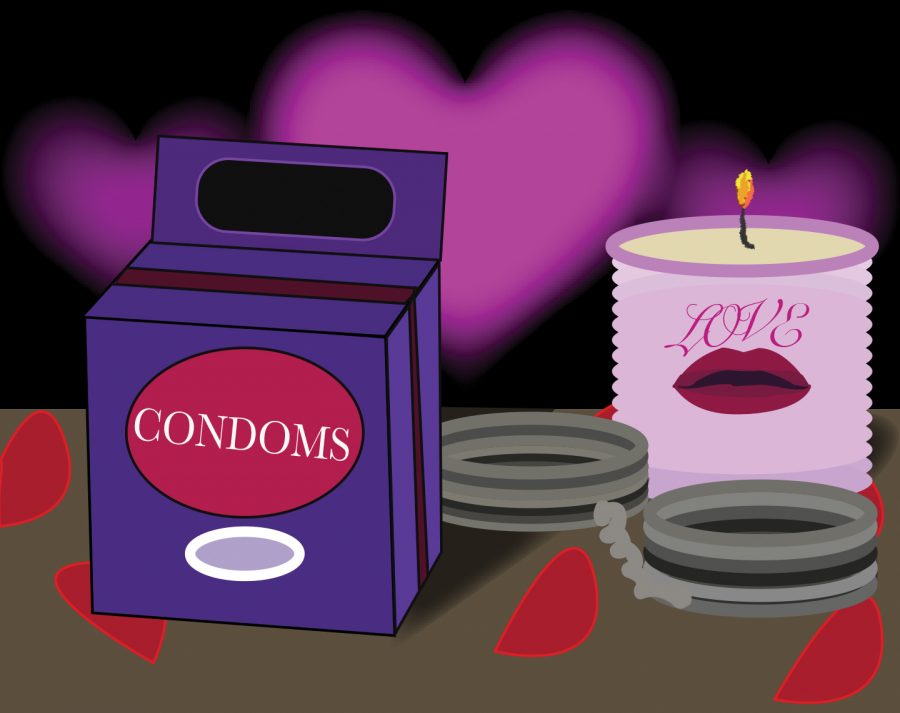 Editor’s Note: Deacon, B and Ryan are pseudonyms used to protect the identities of three of the sources mentioned in this article.

Deacon, ALIAS member and first aid trainer, said ‘Fifty Shades of Grey’ raises red flags not only because it represents abuse, but because the safe word is ignored.

“A safe word is where you hit your limit, that is how you indicate to your partner or partners that you’ve hit that wall,” Stampfli said.

A common safe word is the word “safe word,” but other people use a traffic light system where “green” means things can proceed, “yellow” means they are approaching their limit and “red” means to cease all activity, Stampfli said.

“In addition to safe words, there are these things called drop objects that are used in certain scenes where a person might be gagged,” Deacon said. “It’s something where they don’t even have to say anything; if it gets dropped, everything stops.”

Common drop objects are dog or cat toys because they make noises when they are dropped, which is equivalent to a safe word, Stampfli said.

“Looking at it in the perspective of a mental health professional, a lot of kinks are shoved in the same box as paraphilias diagnostically,” Deacon said. “They’re labeled paraphilias only because they meet one of four or five requirements of being labeled a disorder, which is deviance from social norms.”

Paraphilia is a condition, or conditions, that involves having abnormal sexual desires, usually including dangerous or straining activities.

When talking about kinks, people commonly miss that building community and networking is important, Deacon said.

“I always thought my kink was niche for a long period of time, but you get to meet people, you get to understand new things and you get to learn that you’re not really alone when it comes to all this stuff,” B, secretary and treasurer of ALIAS said.

“Confidentiality is a huge thing in our community. There are some of us in the community that our kink life and our vanilla life, or regular life, can’t mesh,” Ryan said. “There’s all kinds of things people can lose because people see it as being deviant.”

People can go to ALIAS for education without judgement and they can remain confidential, Stampfli said.

ALIAS is a free resource on campus that can help people learn about starting out, Stampfli said.

New people should also never play with someone they just met and should vet them first by asking around in the community about that person’s past and previous partners, Ryan said.

“That’s part of why building community is so important because it acts like a backstop for safety for people,” Deacon said. “If there is somebody who has been shitty to partners in the past, it’s  easier for that to be found out with community build up because it gets around.”

“Make sure that you have some sort of communication handy in case you need to call 911,”  Ryan said. “Don’t put it across the room and then handcuff yourself to the bed out of reach.”

In the event that there is a need to call medical services, do not lie to your provider on what caused your injury, Deacon said.

“It’s all about being between consenting adults, keyword being consenting, because that’s a fluid movement; just because you consent at the very beginning doesn’t mean that carries through the entire thing,” Ryan said. “You can revoke your consent at any time.”

Consent is an ongoing conversation because as people experiment their limits could change, Stampfli said.

Part of consent is talking about what partners will do in a scene and also aftercare, Stampfli said.

“The easiest way I can think about aftercare for people who don’t know what aftercare looks like for them is a lot like treating someone who is sick,” Stampfli said. “Wrap them up in a blanket, give them a massage, put on their favorite movie, get some chocolate in their system, because you’re essentially treating the body for shock.”

“There needs to be some kind of clause to make sure the people that are actually battered and kidnapped receive their victim rights. I don’t know enough about legislation to know how I would write that law, but it’s definitely something that needs to change,” they said.