2020 Oscars: Who Wins In A Year of Heavy Competition? 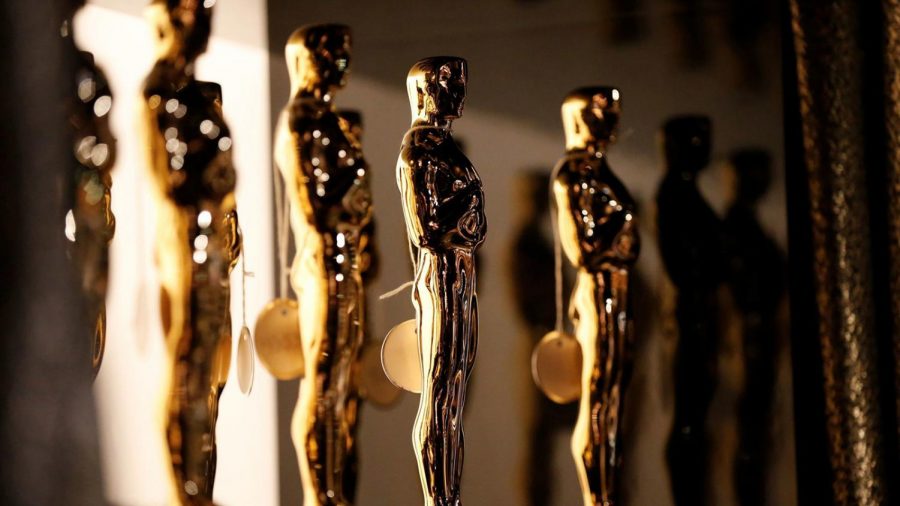 I’ve said it many times, but 2019 was the best year for film of the decade, and this year’s nominees have created one of the most competitive awards seasons in recent memory. Each film seems to have something that Academy voters love, and it’s created a year with lots of uncertainty in numerous categories, despite many categories seeming locked on one nominee to win.

It’s been an awards cycle of chaos from the beginning, with films moving up and slipping out of the race faster than you can really keep up, leaving many to change their predictions in major categories more times than in future years.

So, after months of attempting to figure out the heavyweights in stacked categories and watching more films than most people do in a full year, here are my predictions for the 92nd Annual Academy Awards.

Will Win: Parasite
Could Win: 1917, Once Upon a Time in Hollywood

No international film has ever won Best Picture, but we’ve also never seen a film like “Parasite” before. Director Bong Joon Ho crafted what is easily one of the best films of all time and the praise and love for the film from critics and awards guilds alike could help the film break Oscars history for the third time (“Parasite” is the first South Korean film to be nominated for an Oscar and the first to be nominated for Best Picture). It has already won the ACE editing award and the Screen Actors Guild Ensemble prize (despite no acting nominations from SAG or the Academy).

The only films that can seemingly keep “Parasite” from making history are 10-time nominees “1917” and “Once Upon a Time in Hollywood.”

“1917” has won numerous awards and proven to be a critical and commercial darling since its release on Christmas Day.

“Once Upon a Time in Hollywood” is Quentin Tarantino’s love letter to Hollywood and the film industry and, after winning multiple Best Film awards from guilds and awards bodies (including the Golden Globes), many believe that Hollywood voters will not be able to pass up the opportunity to reward the film and make Tarantino’s ninth film his first Best Picture winner.

Still, my gut tells me to go with “Parasite.” After two years of Academy backlash, especially in the Best Picture category, a win for “Parasite” would also be a win for the Academy and the international films that have rarely been able to make waves (or even get nominated) for major awards at the Oscars. It also doesn’t hurt that the film is a genuine masterpiece of filmmaking on every single level.

This race really seems to be a two-way race between the directors of the two big Best Picture contenders this year, and I’m expecting a director/picture split again this year.

Sam Mendes has won his slew of directing awards this season, including the top prize at the Directors Guild Award, a huge indicator of where the Academy will go.  “1917” is a feat for filmmaking, and voters seem likely to go for the flashiest choice of the bunch.

If the Academy chooses to really back Parasite on Sunday (or, if “1917” ends up winning best picture), then it’s very possible Bong Joon Ho could win. He’s been a favorite on red carpets and awards events, and he absolutely is deserving of the win.

Mendes seems to be the likely winner this year, but Bong Joon Ho and “Parasite” are competition in every category they appear in, and it will likely be close, regardless of the outcome

The four acting categories have been locked down this entire awards season, but Best Actor seems to be the category where an upset could be likely.

Joaquin Phoenix’s portrayal of the iconic comic book villain has received praise from critics and audiences alike, and he has won basically every acting prize he could have this year. This would also be his first Oscar win after three previous nominations and he would become the second actor to win an Oscar for this role, after Heath Ledger posthumously won for playing The Joker in “The Dark Knight” in 2009.

Still, love for Adam Driver and Antonio Banderas could easily push one of them to the win if voters feel that “Joker” is too controversial to win.

Both actors have received plenty of praise for their performances, and the Academy might not be able to pass up on the opportunity to reward one of these actors for playing directors in their films. The Academy loves to recognize films set within their industry, and both of these performances fit that bill.

Jonathan Price is sensational in “The Two Popes” and really makes the film’s screenplay, balanced heavily with comedy and emotion, work as well as it does. Phoenix will likely win his first Oscar Sunday, but Driver and Banderas can’t be counted out to win their first Oscar each as well.

This is yet another category with an assumed lock that could have an upset this year. Zellweger has been the frontrunner for this award since the film was first screened last August, and she has won nearly every single Best Actress prize this year against all of her fellow nominees. Her performance as Judy Garland is breathtakingly good, and she disappears into the role so much at times that you forget that you aren’t actually watching Garland.

The Academy double-nominated Scarlet Johansson this year. It seems strange that they wouldn’t recognize her at all in one of her categories, and this one feels like her better chance to win. It’s a difficult role in an emotional film, and she pulls it off very well. It also helps that “Marriage Story” is a Best Picture nominee, which means more voters could end up seeing that film over “Judy,” which could help boost Johansson’s chances.

Four-time nominee Saiorse Ronan is easily my favorite in the category, though, and her performance as Jo March was one of the best of the year. They could end up finally rewarding her this year, but this seems like Zellweger’s to lose.

Tom Hanks, “A Beautiful Day in the Neighborhood”
Anthony Hopkins, “The Two Popes”
Al Pacino, “The Irishman”
Joe Pesci, “The Irishman”
Brad Pitt, “Once Upon a Time in Hollywood”

Brad Pitt already had six Oscar nominations under his belt before this year, including one win for being a producer on “12 Years a Slave,” but has never won an Oscar for acting. His role in “Once Upon a Time in Hollywood” seems perfect to reward. Pitt is easily the best part of the film and, despite not campaigning at all, he has won nearly every single supporting actor award this year.

If there is anyone who can disrupt Pitt’s path to the Oscar, it’s Joe Pesci. He came out of retirement specifically for this role, and was also easily the best part of his film. In an ideal world, Tom Hanks’ perfect portrayal of Fred Rogers would be winning the award, but Pitt is a great choice this year, and will likely give one of the best speeches of the night.

Just like Best Actress, this is another category where Johansson cannot be counted completely out. Laura Dern has won nearly every precursor to this award for her work, and her performance in the film is one of the highlights. She’s biting and hilarious and adds immensely to every scene she appears in. Plus, like Pitt, Dern has never won an Oscar for acting, and many believe this is her time to finally win.

Still, Johansson’s double nomination looms large over the two actress races this year, and, considering her inclusion in this category came as a bit of a surprise, she could end up getting enough support in this category to win, although I think she has a better shot in the lead actress race. Florence Pugh’s performance in Little Women is the best in the film, and her amazing performance in “Midsommar” could push her to a very deserved win, but Dern will likely be the one walking away with the Oscar at the end of the night.

Production Design: Once Upon a Time in Hollywood

Documentary Short: Learning to Skateboard in a Warzone