Salukis use big second half to get past Evansville 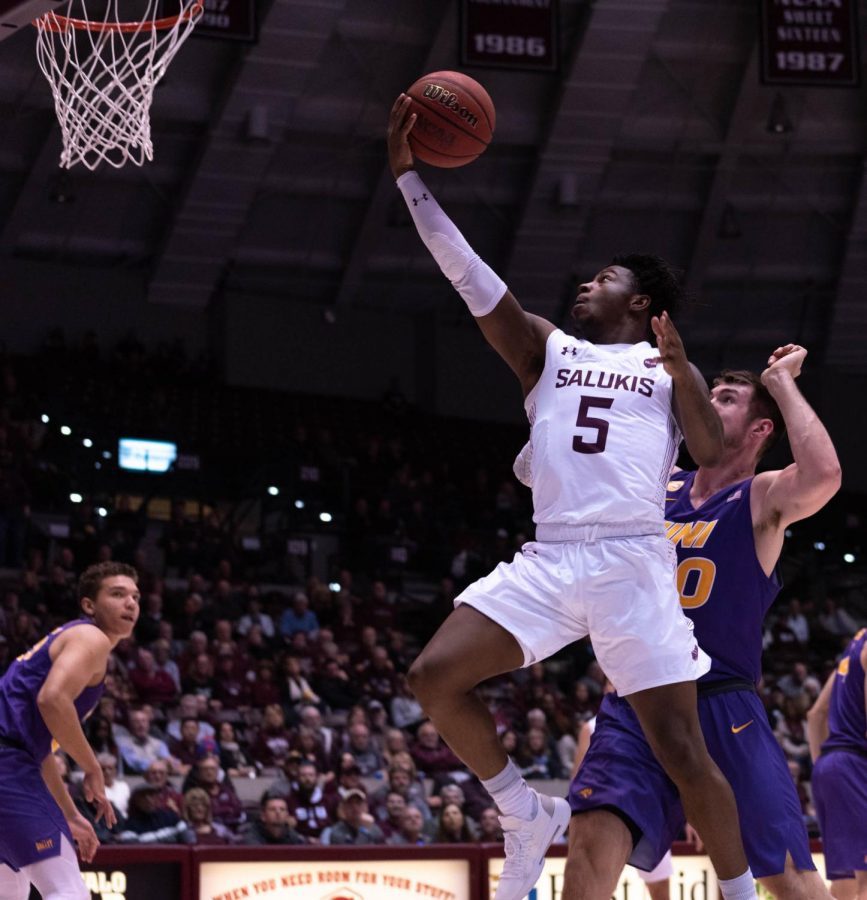 Saluki Freshman gurd Lance Jones goes for a basket during the Southern Illinois University vs University of Nothern Iowa Wednesday January 22, 2020 game in SIU's Bantera Arena. The game ended at 68 SIU and 66 UNI.

Southern Illinois women’s basketball used their last 13 minutes of play to recover from a 26-point deficit and win over University of Evansville.

Despite a double-digit victory, Southern’s slow start to the game put them at a 35-30 deficit headed into the locker room at the half.

“I felt like we didn’t have the right mindset to start the game,” Saluki head coach Cindy Stein said. “We really talked about that at the half, and I did feel like those kids that started the second half just played a lot grittier, [with] a lot different mindsets offensively, and I told them, ‘That’s the time we’ve got to be in beast mode.’”

SIU lost a slight first quarter lead of 15-11 after Evansville went 9-for-16 from the field in shooting and 5-for-6 from the 3-point line alone.

“We had a lot of bad rotations, a lot of people standing around. Evansville did a good job in their sets. They caused a lot of confusion […] and our kids really speak up and have a sense of urgency,” Stein said.

Stein said Southern struggled to move the ball and execute offensively in the first half.

“We talked about executing our plays. In the first half, I don’t think it ever got off the first side of the offense, and we talked about [keeping] the ball moving from side to side,” Stein said.

In the third quarter, Southern trailed by as many as 13 before a 3-pointer from sophomore guard Payton McAllister helped get the Salukis back in the game.

Southern’s momentum would only carry over into the fourth quarter, as they completed a 28-8 scoring run in the final 10-minute frame.

SIU was 10-for-12 from the field in the fourth quarter alone and 3-for-3 from 3-point range, with senior guard Brittney Patrick landing two of those.

“In the first half I knew I was thinking about it too much. I knew they weren’t guarding me, so I wanted to make it an effort to just try and play my game and stay in my own head and not let them dictate what I do,” Patrick said.

Patrick finished the game with 11 points, while Nelson led the Salukis in scoring with 19 points and five rebounds as well.

Junior guard Mackenzie Silvey finished in double-digits in scoring as well with 11.

For their next matchup, the Salukis will travel to Terre Haute on Jan. 26 to take on Indiana State University.