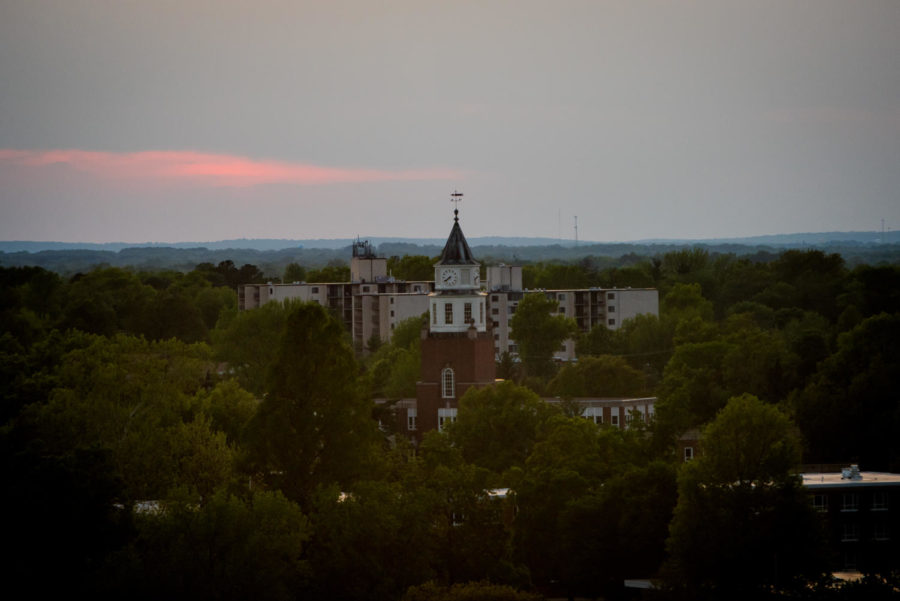 The Paul Simon Public Policy Institute has announced its spring event line up, along with two major initiatives that are centered around statesmanship and the future of the state of Illinois.

“We have a Pizza and Politics event that we do in our lobby in the Institute. We are going to be hosting the local state representative Terri Bryant on Feb. 10,” John Shaw, director of the institute, said.

Events like Pizza and Politics give members of the community and students of SIU the opportunity to see presentations by prominent political experts and get their perspective on the topic of choice, Shaw said.

“Terri Bryant has chosen current events as her topic for Feb. 10,” said Shannon Schroeder, the Assistant Director of the Paul Simon Institute. “It is open to the public and geared towards students at SIU and we really want to get them in for free food, free pizza and get conversations going about whatever topic the guest speaker chooses.”

These events are open to all SIU students and admission is free.

“This upcoming event with Terri Bryant will be amazing! She is a great lady and she always has something interesting to say,” Josh McCray, a senior studying political science, said.

Shaw said the Paul Simon Institute will be focusing on two major initiatives this spring semester, with events to introduce these topics.

“The two major initiatives that we are highlighting this spring, first is called Renewing Illinois. That will be a summit of Illinois students on April 2 and 3, in Carbondale,” said Shaw.

The summit was hosted for the first time last year. The event had 35 students from nine colleges and universities in attendance. This year, the Institute hopes to have as many as 75 from 20 schools, Shaw said.

“This is an event in which we bring students from all across Illinois to discuss issues facing the state,” Shaw said. “The main theme this year is called ‘One Illinois: Noble Aspiration or Impossible Dream?’”

The event will look at regional differences in Illinois focusing on Chicago and down state tensions and sense of divisions.

The Institute will be releasing a book in mid-February called “Restoring American Statesmanship: A Citizen’s Guide.” It will discuss leadership challenges in the country and suggest a new way to approach leadership in the United States.

“I will be giving my first talk on Sunday to a group in Carbondale,” Shaw said. “I am going to continue to talk in Carbondale, in Springfield, Peoria, and Chicago, in Washington and elsewhere.”

On Feb. 13, a President’s Day event will be hosted by the Paul Simon Institute, discussing President Kennedy and President Lincoln.

“At this event, I will be working with the Illinois state historian by the name of Sam Wheeler. Sam is an expert on Lincoln and I have written two books on Kennedy,” Shaw said.

The discussion will focus on the lives of the two former presidents, from their private lives to their public personas.

“We are going to have what should be a fun conversation describing the two men, trying to take the mystique from them and talk about their backgrounds, their education, their parents, their wives, their siblings, how they govern, what they read, how they relax, that sort of thing,” Shaw said.

“It is an event hosted and organized by our registered student organization, the Institute Ambassadors,” Schroeder said. “We are trying to help the public better understand some current topics and issues within the political election right now.”

The three main topics that will be discussed during the Decision 2020 event are healthcare, education and climate.

The event will be focused on the facts regarding the pressing political issues, with SIU professors giving presentations over each topic.

“The plan is to have SIU professors who are experts in these areas give opening presentations on each of those topics and then to have a town hall meeting in which people can ask questions of professors,” Shaw said.

Decision 2020 serves a purpose, to better educate the public on some of the top issues that currently affect the United States and, more specifically, Illinois, Schroeder said.

Another Pizza and Politics event will be taking place this semester, Schroeder said, but the information regarding that event has not yet been finalized.

Reporter Juniper Oxford can be reached at [email protected] or on Twitter at @JuniperOxford.