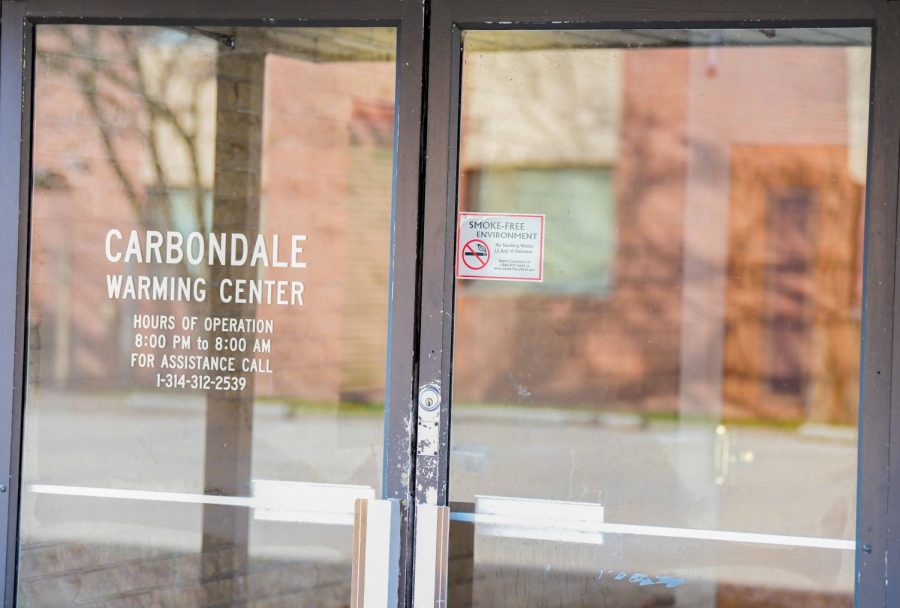 Carbondale Warming Center offers a place to stay for those who who are in need of overnight accommodations on Monday, Jan 13, 2020 in Carbondale, IL.

The Carbondale Warming Center moved into a permanent location this winter and has already served more guests than last year.

The Warming Center is a temporary homeless shelter that is open from 8 p.m. to 8 a.m to give individuals a warm place to spend the night.

Now located in an old SIU dormitory at 608 E College St, the Warming Center has, as of print deadline, served 79 individuals compared to 57 last year. Since opening on Dec. 1, 2019, they have hosted an average of 17 people per night.

Carmalita Cahill, coordinator for the Warming Center, has been doing social work for 20 years and said it was a great honor when she was asked to be coordinator.

The Warming Center has moved from the Gaia House to the Civic Center; the building they use now is their first permanent residence.

The new building also provides some basic accommodations not found in previous locations. Cahill said guests now have privacy to speak about their situation to Cahill or to others who can help.

“Because of this building and the city’s generosity we were able to meet with one of our guests and determine their eligibility for a program and get them referred,” Cahill said. “They were with us for 32 nights and they moved into their own place on Monday.”

Cahill said the most important rooms to her are the transition rooms. These rooms serve as living rooms for guests.

“A lot of our guests come in right at 8; they eat, they sit in there for a little bit and relax, then by 9 they are ready for bed,” Cahill said. “It’s that progression of coming in, that experience and that feeling of being able to do that. That makes a really big difference for our guests and knowing that they are welcome.”

Since the Warming Center isn’t open 24 hours, guests have to spend their day elsewhere.

The library and Center for Empowerment and Justice are both about a mile from the Warming Center, which is approximately a 30 minute walk.

Jennifer Fertaly, a volunteer for the Center for Empowerment and Justice, said the center has been trying to stay open later than usual and open earlier to accommodate for those leaving and going to the Warming Center.

Both the Warming Center and the Center for Empowerment and Justice have made arrangements with mass transit to be picked up and dropped off between the two.

“Everyone is very friendly,” Yahn said.

Fertaly said it usually comes down to whoever can drive people at 8 p.m.; sometimes it’s two car loads.