Just a small town girl who wants to change the world 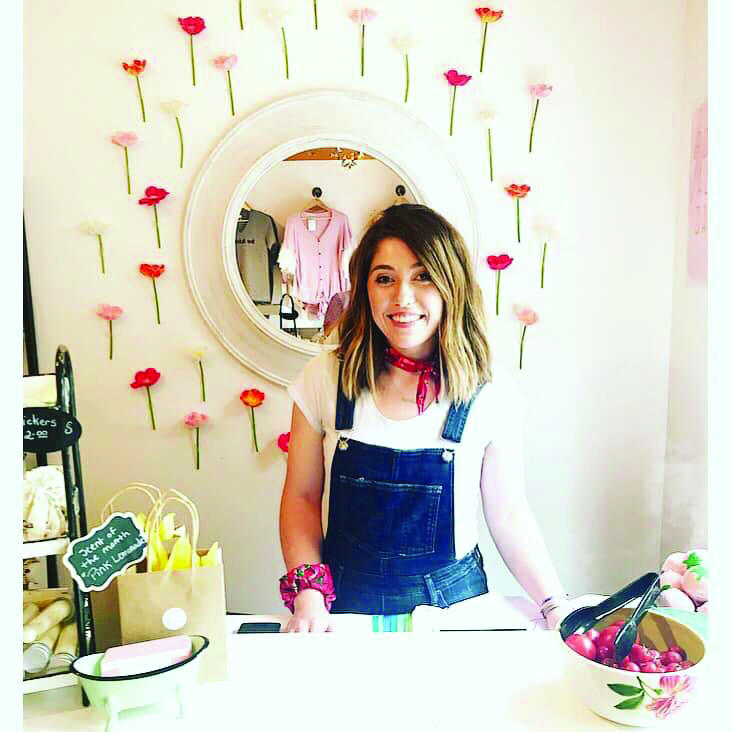 A young business owner is doing her part to help raise money for wildfire relief in Australia.

Autumn Grant, 27, is a southern Illinois native originally from Murphysboro and the owner of The Kind Poppy, a business based out of Nashville, Tennessee that sells vegan-friendly bath and beauty products.

Grant is kicking off her new Kindness Collection for her business as a way to raise funds for charity. She has made several eucalyptus-based products as a way to honor Australia.

“It’s been really fun and I’m a sucker for a good theme,” Grant said. “That’s another reason why I love doing the Kindness Collection.”

Grant said 50% of the proceeds from the collection will go to charity.

Grant started The Kind Poppy because of her parents’ health issues as a way to help them out financially.

“I started making bath bombs and I started selling them as a fundraiser to help my mom and dad,” Grant said.

Grant said she named the business after her dad, whom she calls Poppy.

Grant said she had no intention of creating her business, but she gives all the credit to God for giving her the idea to start The Kind Poppy.

“It was totally God because I never would have thought this would happen in a million years,” Grant said. “It felt like I was doing something to help [my parents] even though I couldn’t be there all the time.”

Grant was inspired by helping her family to start helping out other charities, and she said she hopes to inspire others to help out any way they can.

“I want to let people know that you don’t have to be rich to do good,” Grant said. “Even little people, if we all come together, I think we can make the world a kinder place.”

She is raising money for the Wildlife Warriors Worldwide foundation, which was started by the family of Steve Irwin, the late Australian television personality and environmental expert, to help provide medical care to the animals in Australia who were injured from the fires.

The foundation started with Lyn Irwin, Steve Irwin’s mother, who had a dream to build a facility for wildlife in need.

Steve Irwin and his wife, Terri, renovated a small avocado packing shed into a functioning wildlife hospital. A brand new facility opened in 2008 that is still accepting a wide variety of animal patients, according to the Wildlife Warrior website.

On the website, Bindi Irwin, the daughter of Steve Irwin, said she believes people must do their part to make a change.

“We must be the change, seize the moment, and fight for the voiceless,” Bindi Irwin said. “Conservation is not just about little woodland creatures, it’s about our wildlife, wild places, and ultimately us, humans. Our futures depend on our actions today.”

The Australia Zoo has an Animal ER that is currently helping koalas, kangaroos and wombats that have been burned in the bush fires.

“It is a really big honor to give back,” Grant said.

Grant said she wants people to know that even if you are from a small town, you can still make a difference somewhere else in the world.

“I just want to inspire others, especially people from a small town that you can do good,” Grant said. “We all can do good together.”

Staff reporter Bethany Rentfro can be reached at [email protected]