Board of Trustees approves Mahony, Komarraju for permanent positions 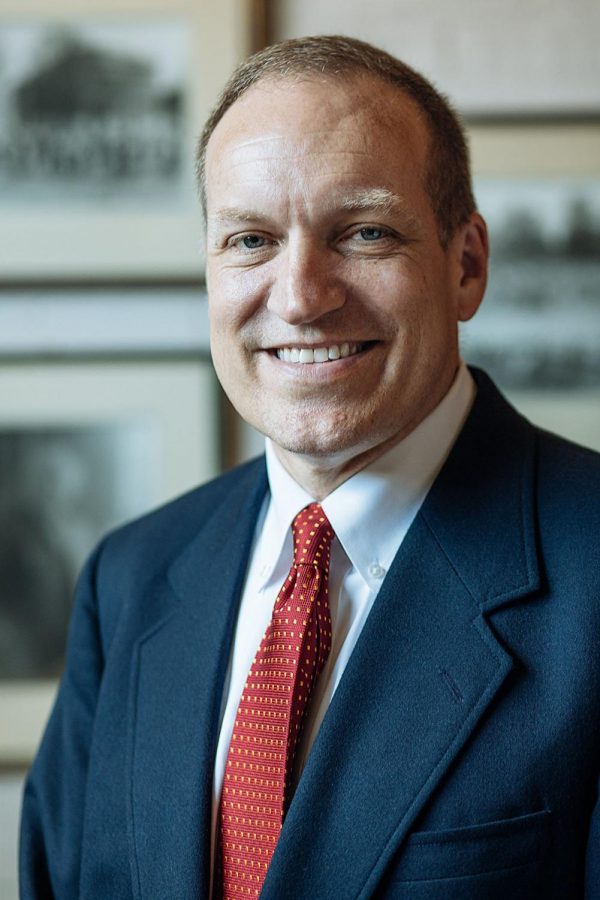 The SIU Board of Trustees held their final meeting of the semester on Thursday to discuss past and present goals for the university.

The board voted Thursday to appoint Daniel F. Mahony as the new SIU system president. His duties will begin March 1, 2020.

Phil Gilbert, chair of the Board of Trustees, said Mahony is the best choice for the university.

“Dr. Mahony is a proven leader, a problem solver who has been described as a visionary,” Gilbert said.

Mahony will serve as president of the SIU system, which includes both the Carbondale and Edwardsville campuses, as well as the School of Medicine in Springfield and School of Dentistry in Alton.

Gilbert said one of Mahony’s duties will be to approve the new chancellor for the university to replace the current interim chancellor, John Dunn. The meeting for that approval is April 30, 2020.

The SIU Board of Trustees also approved interim provost, Meera Komarraju for the permanent provost and vice chancellor of academic affairs position at the meeting.

“There have been concerns about SIU having too many interims,” Gilbert said. “We are going to make an effort to remove interim status […] the board has made the decision to make some positions permanent.”

Several issues were discussed at the meeting, including the reorganization plan, enrollment and retention, decreasing interim positions and funding for the university.

The reorganization plan for the university was a major issue of concern for students at the board meeting.

Roy Potter, a senior studying automotive technology and president of the Automotive Technology Organization, said the reorganization plan could have negative effects on the future of the program.

“It has been made known to us that this restructuring plan could put automotive technology and the aviation programs within the same college as engineering,” Potter said. “Even though we have been promised no engineering influence over our program, that seems to become untrue at other universities nationwide.”

Potter said this type of restructuring at other universities has led to a decline in enrollment at those institutions due to a loss of automotive roots.

“We are concerned this proposal takes an unnecessary risk to an otherwise successful program,” Potter said.

“I have been against the reorganization,” Ojewuyi said. “I don’t know where I am right now, but one thing I know is that our administration is working very hard.”

There were multiple concerns raised at the board meeting about the lack of a national search for a permanent provost position.

Alex Lockwood, a graduate assistant, spoke about the internal provost search and the lack of trust the university has with the Board of Trustees.

“Our concerns and voices have been cast aside for so long,” Lockwood said. “Currently, the university constituency voices are being ignored and disregarded, fostering a deep distrust between them and the board.”

Gilbert responded to concerns that were raised at the meeting about the internal search for a permanent provost.

“We are currently in the midst of a chancellor search which may or may not involve an internal candidate,” Gilbert said. “I would hope that the next chancellor of this campus would have unanimous approval from faculty, staff and students, but reality tells me that there will be someone who will not approve of the decisions made by the board.”

Brione Lockett, Student Trustee said that the concerns of the student body as a whole are not over the candidates themselves, but the reconstruction plans they are proposing.