California remains the top US destination for foreign students, yet enrollment is slipping 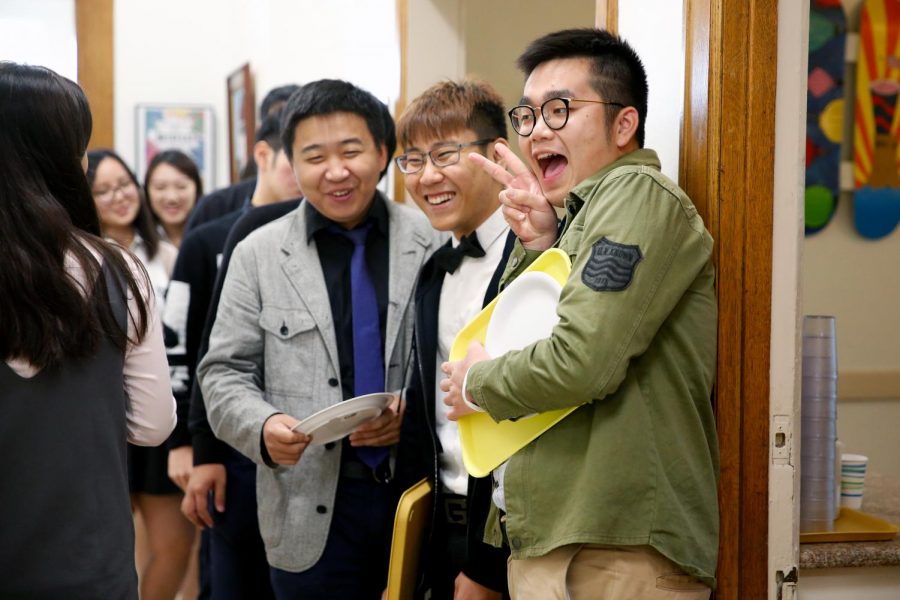 In the 2018-19 school year, enrollment dipped slightly among foreign students in California. Above, students from China and Taiwan at the Southwestern Academy in San Marino in 2016.(Gary Coronado / Los Angeles Times/TNS)

LOS ANGELES — California remains the top U.S. destination for foreign students, who primarily come from China and India, with enrollment dipping slightly in the 2018-19 school year for the first time in at least a decade, according to a survey released Monday.

Nationally, new enrollments of international students declined for the third year in a row although overall numbers are at a record high of nearly 1.1 million, according to a survey of 2,800 U.S. colleges and universities released by the Institute of International Education and the U.S. State Department.

The number of students from China, who account for one-third of all international students in the United States, increased by 1.7% while those from India grew by 2.9%.

Some university officials have questioned whether the Trump administration’s harder line on immigration and China is driving international students toward more welcoming environments in other countries.

But U.S. college costs are the single largest concern expressed by prospective foreign students and their families, Allan E. Goodman, the Institute of International Education’s president, said in a recent teleconference to preview the report.

A 2017 survey by the Organization for Economic Co-operation and Development found that the average U.S. public college tuition was the highest among some 35 member nations surveyed — about $8,200 annually, more than twice as high as the average.

UCLA and UC Berkeley, the leading U.S. public universities, charge about $44,000 annually for foreign students compared with less than $10,000 at their top public counterpart in Japan, Tokyo University.

Caroline Casagrande, deputy assistant secretary of State for academic programs, said new student enrollment began declining in 2015 under the Obama administration and has begun to stabilize. The number of new undergraduates decreased at a slower rate in 2018-19 than in the previous two years while graduate students increased.

“We want even more students in the future to see the United States as the best destination to earn their degrees,” Marie Royce, an assistant secretary of State for educational and cultural affairs, said in a statement. “International exchange makes our colleges and universities more dynamic for all students.”

About 42% of the California foreign students are from China and 12.6% from India. Overall, international students helped boost the state economy by spending an estimated $6.8 billion on tuition, housing, food and other items, the report said.

Some smaller California campuses, such as the University of La Verne, have experienced dramatic declines in Chinese international students over the last few years.

USC and most UC campuses reported continued growth in fall 2019, but are moving to diversify their international students beyond China. India, with its growing economy, enormous population and national network of technical colleges, is a leading target for U.S. universities seeking high-quality graduate students.

USC, for instance, is beefing up offices in Mumbai and Bangalore, doubling staff members from two to four to recruit more Indian students. The university also is looking toward Europe, and opened an office in London two years ago after establishing other centers in Hong Kong, Beijing, Taiwan, South Korea, Brazil and Mexico.

“We do feel like diversification is a good thing,” said Anthony Bailey, USC vice president for strategic and global initiatives. “But we hope to continue to have mainland Chinese students for many, many years to come. With the volume we have and the levels of talent that they have, we don’t think other markets are going to replace China and India. We think there’s more opportunity in both.”