Anything but a drag, A Midsummer Night’s Dream takes over student center 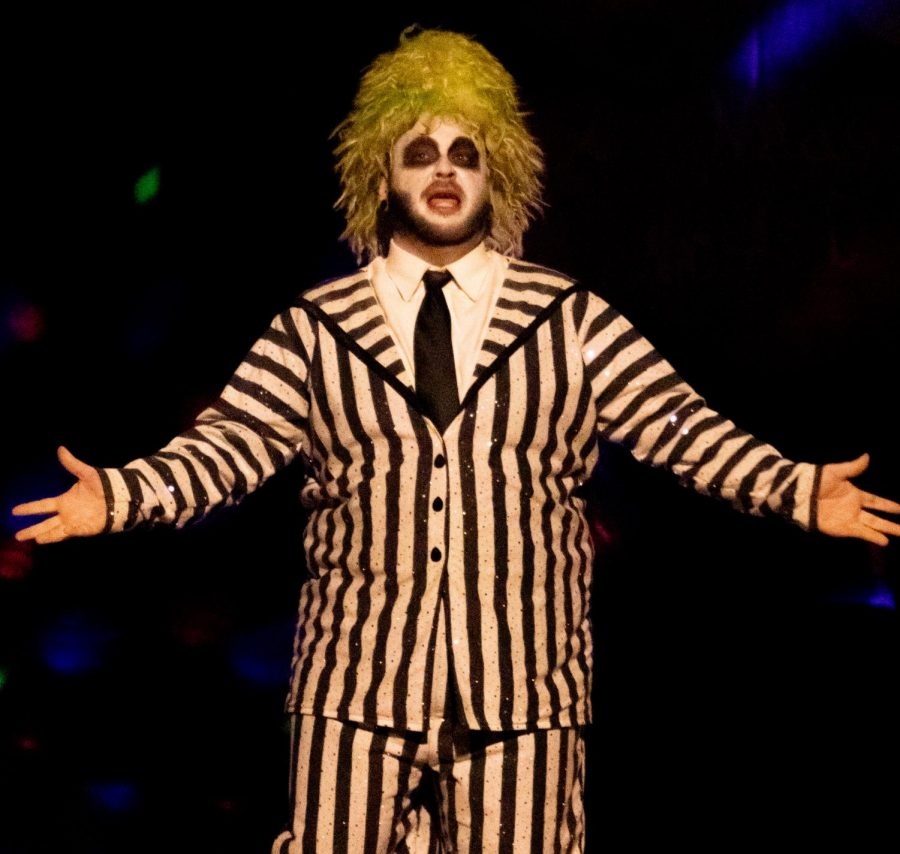 On Saturday, Oct. 26, 2019, during the SIU Drag Show, Midsummer Night's Dream inside the Student Center.

Drag artists took to the stage Saturday to perform in honor of LGBTQ history month.

The Saluki Rainbow Network hosted their annual Drag Show performance at the Student Center Ballrooms with the theme “A Midsummer Night’s Dream.” The show drew a large crowd and is the last event in LGBTQ History Month at SIU before Buck Angel’s presentation on Oct. 30.

Drag has seen an increase in mainstream visibility through the television show Ru Paul’s Drag Race but is a performance art that has been around for centuries.

Performers came from all over Illinois to showcase their talents in this year’s performance. The main host of the show was drag king Faim Lee Jewls, who has been performing for over a decade.

Jewls was the first performer to take the stage and performed to the song “Believer” by Imagine Dragons. Jewls was joined by another performer in a black bodysuit, and the performance displayed a struggle between Jewls and the figure.

“My favorite part is performing for the kids,” Rain Foxx, one of the drag queens who performed in the show, said. “I am a theater person, and there is something about entertaining that I love.”

Christopher Mathews performed “an illusion of Beetlejuice,” which he originally performed at Carbondale Pride earlier this year.

“I like being on stage and being expressive,” Matthews said. “I am a very creative person, and I like people to see what I can do. I like to think outside of the box and come up with unique ways to show my talent.”

Kailey Kreme Santana, a drag queen who gave high-powered performances, said they like the atmosphere from the crowds.

“It is just an energy rush,” Santana said.

Many of the drag artists said drag performance art has long been misunderstood. The mischaracterizations and misunderstandings often lead to stigma.

Fox said she believes “how much it takes to get up into drag” is a misunderstanding about drag performances.

Santana said there are a couple of misunderstandings.

“My guy friends are just like ‘how can you go out there and dance in high heels,’” Santana said.

Another misunderstanding about Santana’s experience with drag performance centers around identity, they said.

“There are some drag queens who live their life as a woman everyday, as a trans woman,” Santana said. “For me, this is my escape from reality.”