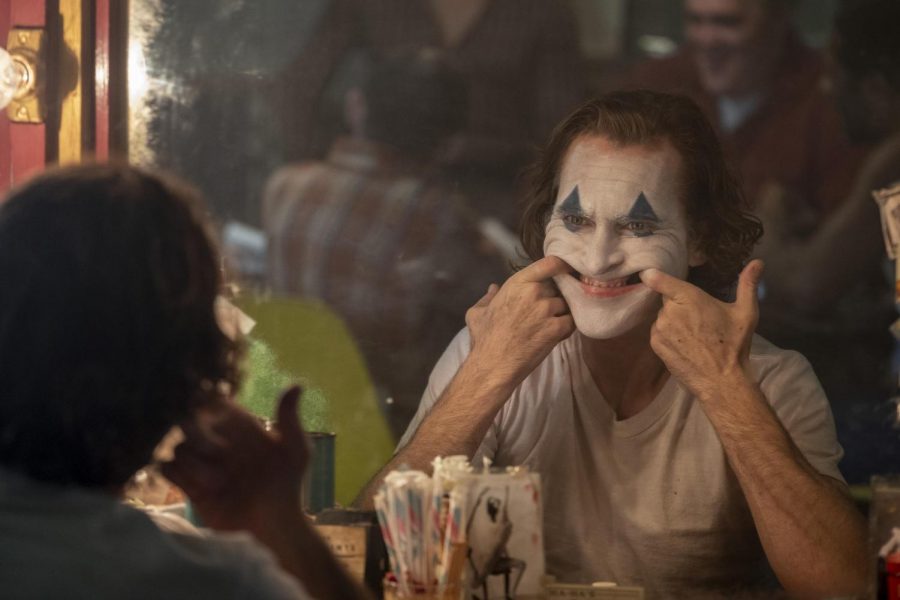 Batman is one of the most iconic characters of all time, and his villains are just as well known.

We’ve seen multiple iterations of both the Caped Crusader and his opponents throughout the Batman film canon, and it seems we’re only getting started.

2015’s “Suicide Squad” featured a team of bad guys taking on an attack on Gotham. Next year’s continuation, “Birds of Prey,” will go deeper with Margot Robbie’s Harley Quinn and other new female characters, while James Gunn’s “The Suicide Squad” (no, it’s not a reboot) will add even more Gotham meanies to the fold.

So, when many heard that a stand-alone Joker film was happening, people worried about over-saturation of the character.

Joaquin Phoenix would be the third actor in just eleven years to play the Joker, after Heath Ledger’s Oscar-winning portrayal and Jared Leto’s disappointing and strange take on the character.

Now, “Joker” has sparked a whole new world of worries.

After concerns from critics and filmgoers about how this film could be perceived and worries of violence at screenings, multiple theater chains quickly banned costumes and masks, had security present at screenings and even cancelled screenings of the film due to credible violent threats.

It’s enough to make going to the movies scary, again.

At my screening of the film in Carbondale, there was security by the doors. It was jarring, especially considering how many times I’ve been to theaters for premieres and have never seen security for any purpose at any of them.

It was oddly quiet in my screening, even in the lobby beforehand. You could honestly feel the weight of the film in the air.

The film itself is a lot like the conversation surrounding it: controversial.

There is a lot to love about the film. Phoenix is absolutely stellar as Arthur, a man living in Gotham City dealing with multiple mental illnesses. I don’t want to go into too many details about Phoenix’s portrayal, because his character completely makes up the plot.

Phoenix carries the film easily, and gives a performance that is likely to end with him being a big name come this awards season.

Other actors in the film, like Robert De Niro and Zazie Beetz, do good work with the little screen time they are given, but this is Phoenix’s movie first and foremost.

The cinematography and direction are both beautiful, and they really help to keep you in the story, especially when the pacing drags. And it does. This is a slow-burn, with Phoenix’s performance anchoring the entire film.

The plot is also very paint by numbers, and it was pretty easy to tell what was going to happen next. When the film does throw some surprises in the mix, though, they don’t always work.

Many times I found myself laughing at what the film was implying, whether it turned out to be true or not by the end. The film’s dark tone works well for the story, but the moments of humor that happen throughout often feel awkward and clunky.

You can also clearly see a lot of influences in director Todd Philips’ stylization of the film. Scorcese plays a clear role here, with the film drawing from “Taxi Driver” and “The King of Comedy” heavily at times, especially when it comes to De Niro’s character. It’s a bit distracting, and it feels like the film isn’t its own story and world.

“Joker” and Phillips also have a lot to say about society, but a lot of that gets lost in Phoenix’s performance, and I can definitely see how the controversies surrounding the film came to be.

The commentary on wealth inequality and the treatment and perception of mental health issues is very well apparent and well done, but there’s a lot that seems to work against the grain of what the film is trying to be and get across to audiences.

All of this just makes the film feel messy and overly drawn out. It also leans a bit too far when it comes to sympathizing with Phoenix’s character.

The Joker is not an antihero, but the film, at times, treats him as one. He’s a victim of the society he exists in, sure, but at times, the film goes too far to make you sympathize with Arthur, even when he commits unforgivable crimes.

Days after seeing “Joker,” I’m still having trouble deciding what to think.

I think people who really love this world and the Batman canon will find some things to enjoy in this film, and for those of you who absolutely love this film, I can understand why. It’s a very interesting character study led by Phoenix turning out award-worthy work and cementing himself as one of the best actors working today.

However, the rest of the film is so back-and-forth when it comes to content and message that it becomes almost like a chore to find out what happens next, especially if you don’t like where the film is going or what it’s trying to say. It’s a lot like the Joker himself: chaotic, messy and controversial.