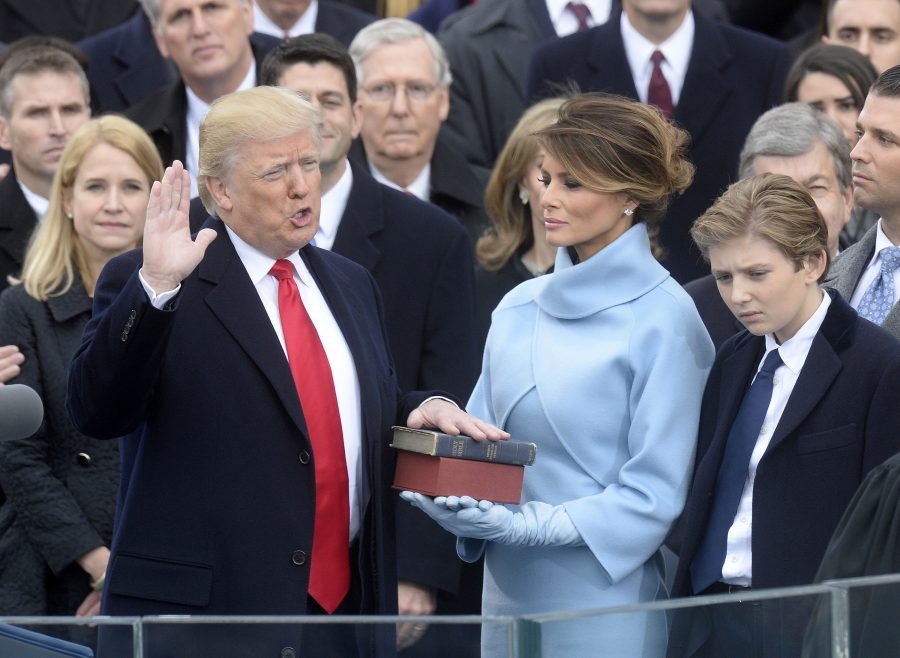 The House announced the launch of a formal inquiry into impeachment on Tuesday, after an unknown U.S. intelligence official became a whistleblower and filed a complaint Aug. 12 against the president.

According to reporting done by the Washington Post, the complaint alleges Trump made a promise to a foreign leader and called upon a foreign power to intervene in the 2020 election.

“Trump had pressured Ukrainian President Volodymyr Zelenskyy in a July 25 call to launch an investigation involving former vice president and now presidential candidate Joe Biden and his son Hunter Biden,” The Post reports. “The Post’s team reported that Trump had told his administration to withhold nearly $400 million in aid to Ukraine a week before the call.”

Speaker of the House Nancy Pelosi announced the inquiry Tuesday in an address to the nation following a meeting with the Democratic Caucus.

Pelosi said the president has breached his constitutional responsibilities.

“The facts are these,” Pelosi said. “The intelligence community inspector general, who is appointed by President Trump, determined that the complaint is both of urgent concern and credible.”

Pelosi said the president’s actions have revealed his betrayal of the constitution and of the integrity of our elections.

Pelosi said the president must be held accountable and no one is above the law.

The whistleblower’s complaint has not been released to congress or the press.

“In an unprecedented move, acting director of national intelligence Joseph Maguire refused to share the complaint with congressional intelligence committees, even after receiving a subpoena, claiming that the law did not require him to do so,” Deanna Paul from the Washington Post reports. “House Intelligence Committee Chairman Adam B. Schiff (D-Calif.) accused Maguire of violating the law.”

In response to the impeachment inquiry, Trump addressed reporters at the U.N. general assembly and referred to the inquiry as a continuation of the “witch hunt” and said his administration planned to release the transcription of the call with Ukraine on Wednesday.

In a tweet earlier today, Trump said the House had not seen a transcript of the call.

“Such an important day at the United Nations, so much work and so much success,” Trump said in a tweet referring to the inquiry. “The Democrats purposely had to ruin and demean it with more breaking news Witch Hunt garbage. So bad for our Country!”

“We have a president who believes he is above the law,” Biden said. “Pursuing another nation to investigate a political opponent to help win his election is not the conduct of an American president.”

Biden said when he decided to run for president, he knew Trump would try to attack him and anyone else he deemed a threat to his winning the office again.

“I can take the political attacks,” Biden said. “They’ll come they’ll go and in time they will soon be forgotten. But if we allow a president to get away with shredding the United States Constitution, that will last forever.”

Only two presidents have been impeached in U.S. history, Bill Clinton and Andrew Johnson. Following the precedent set by these cases, the president can only be impeached if they commit treason, bribery or other high crimes and misdemeanors. Neither Clinton nor Johnson were removed from office following impeachment.

The Republican led Senate passed a unanimous resolution demanding the release of the whistleblower complaint. The House will vote on this resolution Wednesday.