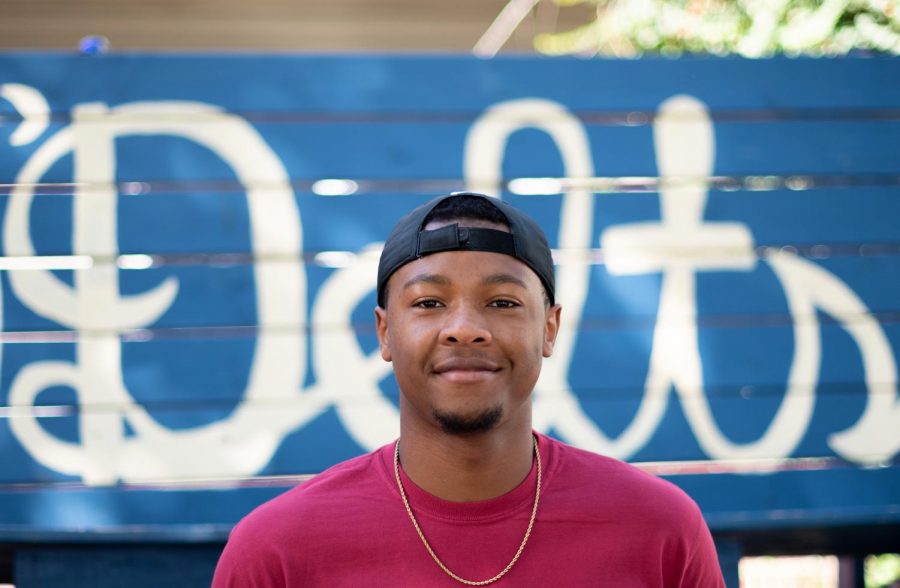 Keith Rogers, the first ever mental health chair for the fraternity Omega Delta on Saturday, September 14, 2019.

Omega Delta is fighting against the stigma around mental health with the appointment of Keith Rogers, a junior studying psychology, as the first mental health chair for the fraternity at SIU.

Rogers said he has struggled with depression and anxiety, and wanted there to be a resource to support and help the people in his fraternity. He said he figures if he can struggle with mental health, anyone can.

“It’s a daily hurdle, it’s a daily struggle, it’s a battle to get out of bed everyday,” Rogers said. “If I can put my effort, my research into making sure no one else goes through the problems that I went through, then that will make me feel accomplished.”

Rogers said Omega Delta is fighting against the stigma around mental health with the appointment of Keith Rogers, a junior studying Psychology, as the first Mental Health Chair for the fraternity at SIU.

Aedan Walch Flores, a junior studying social work and vice president of the fraternity, said there is a stigma against showing emotion in fraternities. He hopes the inclusion of a mental health chair will help eradicate that.

“[Omega Delta] hadn’t really thought of it. [Rogers] was really the front runner after that,” Giovanni Constantino, a junior studying computer science and president of the fraternity, said.

According to Rogers, he thought of the position and pursued it last spring with the goal to teach men that expressing emotion is not something to be ashamed of.

“Men are kind of seen, or are supposed to be seen in society as tough, the kind of guys who don’t show their emotions, or cry,” Walch Flores said. “I heard that throughout my childhood, ‘don’t show emotion.’”

Rogers said the way he helps in this position is being the support the members need as well as providing resources and working with the Student Health Center.

“I’m the point of contact for all our members,” Rogers said. “So, if guys want to go through counseling I would help them sign up for it, I would go with them.”

According to Rogers, many of the members were very accepting of the position and have already begun to reach out for help, which helps create a sense of community and acceptance.

“Being in college is a really stressful time for all. People can handle [stress] differently, but sometimes it’s gonna be rougher than other times,” Walch Flores said.

This is the first time that Omega Delta has had a chair like this, and Constantino said he hopes it will spread to other organizations.

“I hope that we can partner with the school, with the Student Health Center, to bring those efforts not only to college students, but we have several high schools and elementary schools in the area,” Rogers said.

Rogers is working with the Student Health Center  to provide more events for mental health awareness and provide more relief to those with mental illnesses other than depression and anxiety.

Rogers said he hopes other fraternities and sororities will create a position similar to this as well as reach out to younger students around the community and break the stigma around mental health and expressing ones’ emotions.