In the War room with Warfel: FCS is college football too 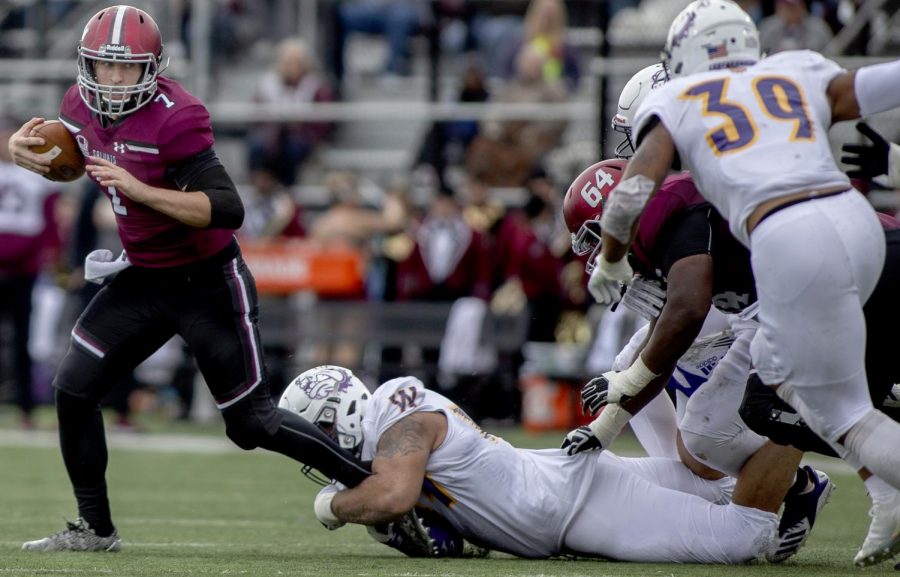 In an age where it is easier now to access sports information than ever, why does a sports news site the size of ESPN neglect to even mention a whole aspect of college football?

Within college football there are two subdivisions at the division one level of the NCAA: the FCS and the FBS.

The biggest difference between the two divisions is that the FBS, which stands for Football Bowl Subdivision has bowl games that teams “earn” a chance to go to.

FCS on the other hand, which is the division SIU is a part of, stands for Football Championships Series.

Teams within the FCS compete all season long and at the end of the year, a playoff committee determines the best 24 teams out of 126 teams.

Fans of college football say that the FBS is the way to go; the schools are bigger and the fandom can be larger.

However, if the FBS is so great, why did they feel the need to change over to a playoff system similar to the FCS in 2015?

Whereas the FCS on the other hand has played under the current 24 team format since 2013 and in 1978, when the schools were divided into two subdivisions, it was a four team system.

The terms ‘FCS’ and ‘FBS’ did not come around until 2006, prior to that it was Division I-A, now FBS, and Division I-AA.

If the FBS is so much better than these “lower tier football schools” then one would assume that they would dominate them.

Since 2006 when the divisions changed their names, the FCS has accrued 90 victories over FBS teams, which equates to almost seven wins a year across the last 13 years.

Week one of the college football season this year did not bode well for FCS teams facing FBS teams as they went a combined 1-39 with Central Arkansas beating Western Kentucky as the lone win.

Although, six teams came within one possession of beating FBS teams as well, including three Missouri Valley Football Conference teams.

The argument some people might say for their teams almost losing to a “lowly” FCS as I’ve heard before, would be that it was week one.

If you’re a fan of college football and you’ve used the ‘it was week one” excuse for your team playing poorly, then do you pay attention?

Yes, I understand teams will make mistakes in their first football action in a year, but if these FCS teams are as beatable as some fans of the power five conferences say they are, why were there six one-possession games?

I’m sure Saluki fans can remember when SIU rolled into Indiana in 2006 in a week two game and, quarterbacked by current head coach Nick Hill, defeated the Hoosiers by a touchdown.

FBS fans can talk trash all they want towards FCS teams, but when an FCS team comes close to beating your team or even pulls it off, I don’t want to hear excuses.

When these upsets do happen, though, it is not only invigorating for the players of that team, but the fans too.

Some fans of college football, even the Missouri Valley Football Conference itself, named the victory Southern had over the Hoosiers as one of the biggest upsets in the conference.

This is 13 years later, and you can still go to an SIU game and hear fans recount the year of 2006 when we beat Indiana.

The Salukis played the first of two FBS opponents on their schedule this weekend against UMASS, and the Dawgs pulled the 45-20 upset over the Minutemen.

This FCS vs FBS matchup was not covered by ESPN either which marked the largest upset by an FCS team over an FBS school since 2017, when Western Illinois beat Coastal Carolina 52-10.

To give Saluki fans some hope, that year Western Illinois ran out to a 8-4 record. The last time SIU had a winning record was in 2013 when they went 7-5.