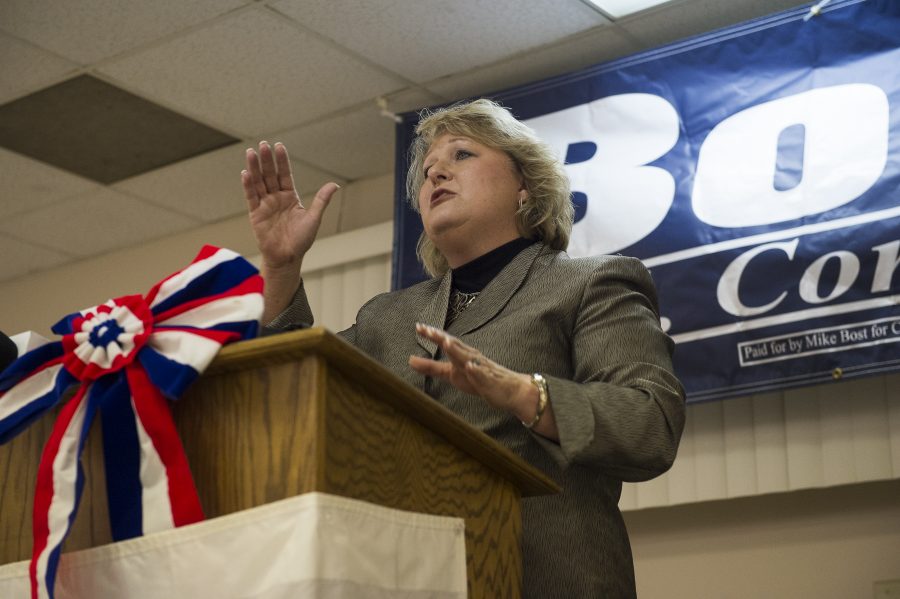 State Rep. Terry Bryant (R- Murphysboro) declared at the Du Quoin State Fair on Aug. 27 that she will be pursuing the 58th district State Senate seat.

Bryant would be replacing retiring Sen. Paul Schimpf, and said she wanted to uphold the record of resolute Republican and conservative senators in this district, and promised to uphold Schimpf’s and predecessor Sen. Dave Luechtefeld’s strong conservative core values.

Bryant said southern Illinois deserved a strong conservative representative, and made several promises if she were to win the seat, including harnessing out-of-control spending, and working to rid the senate of corruption while defending southern Illinois citizens’ Constitutional rights.

During her time as a State Representative, Bryant voted against several key issues such as the progressive income tax hike, invasive gun control and recreational cannabis; she has also developed and passed several pieces of legislation since she took the role of representative of the 115th district, one of which is known as “Molly’s Law,” which extended the statute of limitations for a wrongful death victim’s family to sue.

Bryant said she is grateful to have the opportunity to defend her home district from the “liberal-progressive agenda being pushed on the people of southern Illinois by corrupt Chicago officials,” and is looking forward to a spirited campaign.

Staff reporter Grace Schneider can be reached at [email protected]