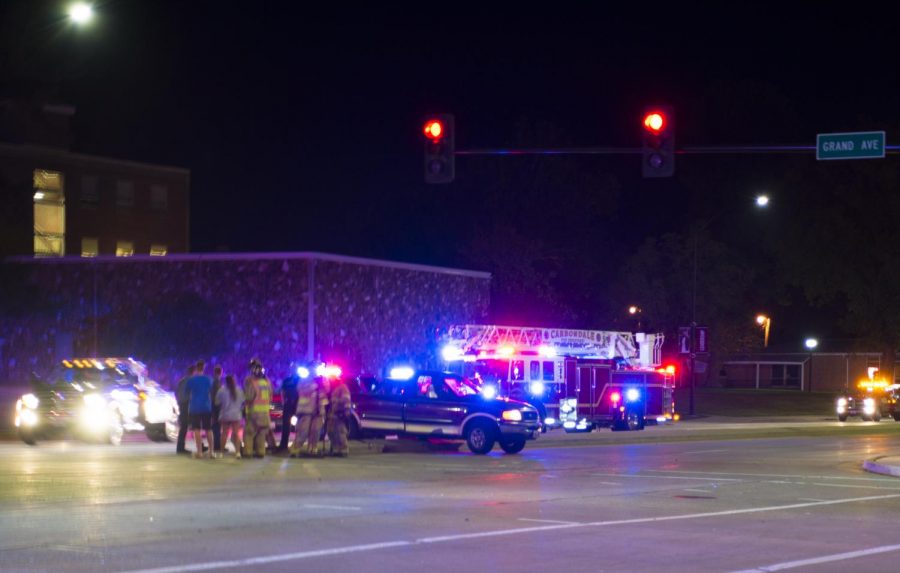 Police direct traffic on Wednesday, Aug. 28, 2019 at the intersection of Grande Ave. and South Illinois Ave. after a two-vehicle collision.

Two vehicles were involved in an accident at the intersection of Grand Ave and South Illinois Ave (Highway 51).

The incident was called in at 9:36 p.m., according to Assistant Fire Chief Rob Miller.

One vehicle, a pickup truck, was in the process of being towed at approximately 10:05 p.m. The other vehicle had left the scene according to Miller.

The pickup truck had crossed over the meridian at the intersection and had damage to the rear fender.

Williams said there were no injuries. Occupants of the towed vehicle declined to comment.