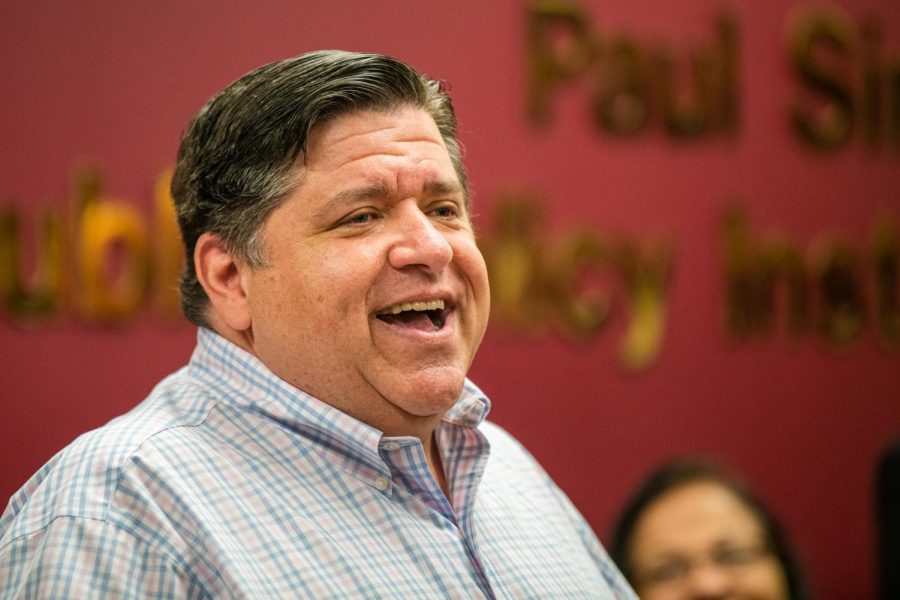 Governor JB Pritzker speaks to community members on Friday, Aug. 23, 2019 inside Paul Simon Public Policy Institute during a meet and greet with legislatures.

The bill takes effect Jan. 1, 2020 and the option will be available when the Secretary of State next implements a new card issuance system.

“Individuals who identify as non-binary should have the ability to access identification documents that reflect who they are,” Myles Brady Davis, director of communications and press secretary of Equality Illiinois, said. “This is a matter of safety, privacy, and the ability to live authentically without burden. We look forward to working with the Secretary of State’s Office to fulfill the requirements of HB 3534.”

Illinois joins 17 other states who have either passed the option or are in the process of doing so, following in the footsteps of Arkansas, California, Colorado, Hawaii, Indiana, Maine, Maryland, Massachusetts, Minnesota, Nevada, New Hampshire, New Jersey, New Mexico, Oregon, Pennsylvania, Vermont, Washington and Washington, D.C.

Equality Illinois, the Illinois Secretary of State’s Office, the ACLU of Illinois, the AIDS Foundation of Chicago, Chicago Alliance Against Sexual Exploitation, the Illinois Chapter of the National Association of Social Workers, Illinois National Organization for Women and Planned Parenthood also supported the bill.

According to a release by Equality Illinois, a LGBTQ+ civil rights organization, “The lack of a gender-neutral marker on an identification document causes emotional distress and violates the right to be free from discrimination on the basis of gender identity.”

The organization said according to the Illinois data from the 2015 U.S. trans survey, 34% of trans Illinoisans who have shown an ID with a name or gender that doesn’t match their gender presentation were verbally harassed, denied benefits or service, asked to leave an establishment or were assaulted.