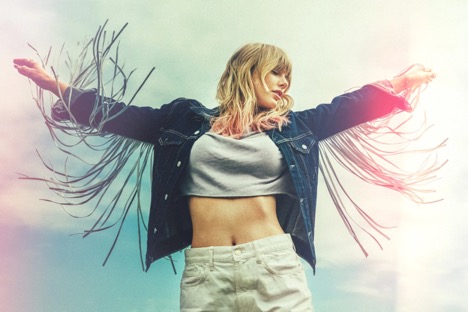 For years, if you had asked me who my favorite artist was, the answer, without missing a beat, would be Taylor Swift. Her music has been there for me during my greatest times and my lowest moments.

Something about her lyrical abilities and her team’s ability to produce quality songs on nearly every level spoke to me in a way that few artists have since been able to.

Even during all of her controversies with Kanye West and Kim Kardashian in 2016, I held strong as a dedicated “Swiftie.” However, in the time between her 2014 album “1989” and 2017’s “reputation,” my taste in music changed a lot.

When “reputation” was released, it didn’t hit me in the same way her previous albums did. It felt like a step back in many ways, and my faith in Swift as an artist began to waver.

Then, Swift dropped her first single from “Lover,” her seventh studio album (the first she will have complete ownership of), titled “ME!”. The song felt like a Kidz Bop original and lacked so much of what I loved about Taylor as an artist, and the other pre-released tracks (“You Need To Calm Down,” “The Archer,” “Lover”) all felt weak in comparison to Swift’s previous work.

It seemed as if my time with Swift was slowly slipping away from me. I spent the hours leading up to the album wondering what I could possibly expect from it.

All of my worries were gone after only a few tracks. The album begins with “I Forgot That You Existed,” a fun, upbeat pop anthem that sets the tone for the album in regards to Swift’s growth.

The electronic-infused follow up, “Cruel Summer” brings a chill vibe in comparison to Swift’s second-track standards, and title track “Lover” slows things down with a semi-acoustic ballad that lets Swift’s songwriting take the spotlight.

Then, Swift decides to take a shot at society as a whole with “The Man,” an electro-pop that speaks to the difference in treatment between male and female artists and the expectations and difficulties of being a woman working in a male-dominated industry.

She follows that up with “The Archer,” a synth ballad that speaks to Swift’s personal pain and insecurities and how those affect her relationships with those around her.

“I Think He Knows” brings the fun back to the album with an infectious and fun pop song that sounds like an evolution of the “bubblegum pop” sound Swift has been using for years.

“Miss America and the Heart break Prince” sounds like a sequel to “So It Goes…” the seventh track on “reputation.”  Lyrically beautiful and expertly produced, this track has been stuck in my head since I first heard it.

Swift lets loose a little bit with the cute “Paper Rings.” It’s incredibly apparent in her delivery that Swift is having a ton of fun with this song, and her voice sounds better than ever and more genuine than ever throughout the entire album.

Swift then gets emotional with “Cornelia Street,” speaking to the fear she has of her relationship with British actor Joe Alwyn ending. Swift’s strong suit has always been ballads, and this one is easily one of her best, allowing Swift’s vulnerability to shine through the lyrics and her vocal delivery.

On “Death By A Thousand Cuts,” Swift perfects the “sad-bop” with a fun but heartbreaking song that delivers an incredibly strong and powerful bridge, selling the message of the song in a way Swift hasn’t done before.

Swift then gets incredibly personal with “Soon You’ll Get Better” featuring the Dixie Chicks. Swift’s mother, Andrea, was diagnosed with cancer in 2015  and this song tells the story of Swift dealing with the potential that she could lose her mother.

It’s heartbreaking in every aspect, but Swift’s soft and raw vocals accompanied by the Dixie Chicks’ backing vocals make it a beautiful experience that will likely cause listeners to shed a few tears (or break down sobbing if you’re like me).

Track 13, titled “False God” is the slow, synth masterpiece pop music has been waiting for. With some of her strongest lyrics and probably the best production on the album, Swift brings the complications and worries of her relationship to the forefront, complete with religious imagery to accompany the powerful nature of the song.

“You Need To Calm Down,” the fourteenth track, feels out of place compared to other songs on the album, but it definitely flows well and brings a little burst of fun to the emotionally charged second half of the album.

Swift then moves to “Afterglow,” a powerful anthem that is beautifully produced and features some of Swift’s best vocals to date. I could hear a few different artists doing this same song, but Swift’s voice gives the track its vulnerability, which helps make the song even more powerful.

Then “ME!” begins. It’s jarring how different this song is from the rest of the album, and it really takes away from the powerful experience the last few songs provide, specifically the second to last track “It’s Nice To Have A Friend.” The track feels like it was made for “Big Little Lies” and is easily one of Swift’s most reserved and beautiful songs.

It never gets big like you’d expect it to, and the soft nature of the song helps to make it an even more powerful experience. With simple delivery and gorgeous vocals and lyrics, “It’s Nice To Have A Friend” is one of Swift’s best works to date.

Finally, Swift wraps up the album with “Daylight,” a beautiful ballad that perfectly wraps up the album’s themes of love, personal growth and the fears and challenges that come with each. It feels like a perfect blend of all of Taylor’s previous eras, and it demonstrates exactly where Swift is in her life right now: prepared and ready for the future.

As someone who has dealt with a lot of heartache, pain, and personal growth in the past year, this album was an incredibly cathartic experience for me personally.

It spoke to the insecurities so many people face when dealing with the changes and challenges life throws at us sometimes.

Through beautiful production, stellar songwriting abilities and incredible vocal control and tone, Taylor Swift paints a picture of the fun, pain, celebrations and heartaches of growing up and the challenges that accompany such a difficult time.

Swift’s vulnerability creates an overall emotional experience that Swift hasn’t been able to craft since her 2012 album “Red.”

Swift seems prepared for the future, whatever it may hold, making peace with her pain in order to have a brighter and happier future with her lover.

If this album is any indication of what we can expect from this next chapter of Swift’s career, then I’m happy to be a “Swiftie” again, and I cannot wait to see what else Swift has in store for us during this new era of love, healing and letting go.