The history of Carbondale’s Fourth of July celebrations 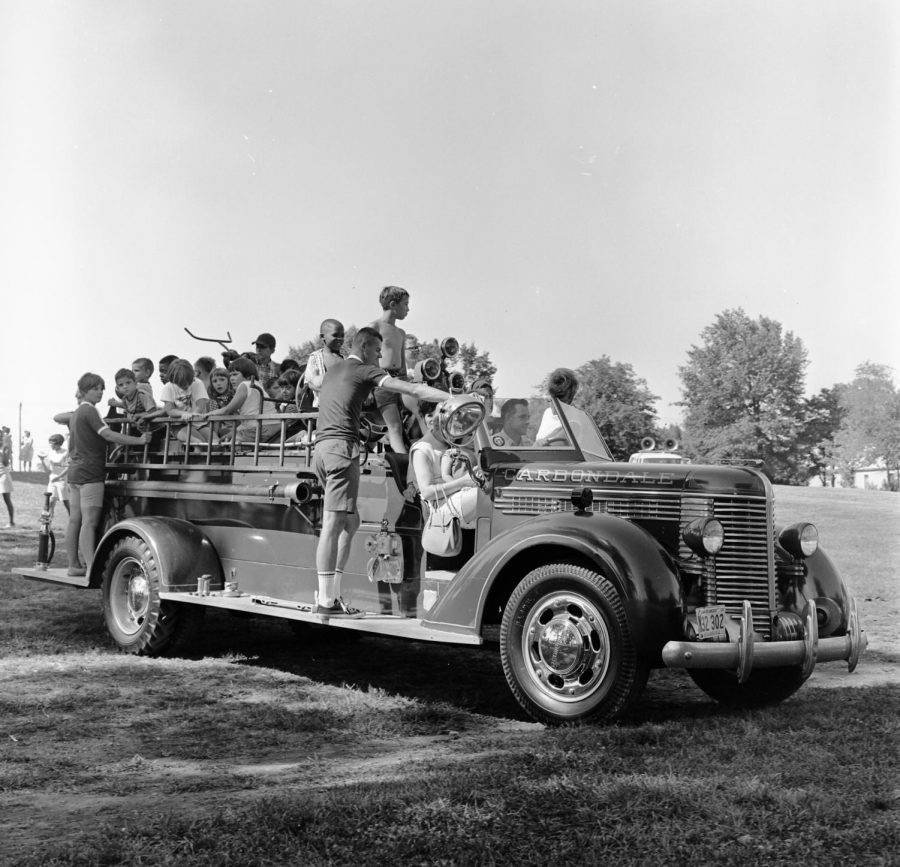 People in an old car, with the name Carbondale written on it, celebrating the Fourth of July. Photo courtesy of Morris Library Special Collections Research center, collection of “Neighboring Celebration,” from July 4, 1968.

Carbondale, like every other town and city in the States, has always celebrated the Fourth of July.

By reviewing the Daily Egyptian archive, some books about Carbondale history and the photo archive of Morris Library to find out how Carbondale people have celebrated this 243 years old national event, this is what was found:

According to the Daily Egyptian archive, celebrating this national fest in Carbondale has not been always the same. During some years, the July 4 ceremony included thousands of people who took part in the fest. In other years, especially when there was a long holiday, there was a smaller celebration.

Besides various concerts, plays, dancing, nature trail hiking and cleaning-up nature, there are  some activities that are no longer common in Carbondale’s Fourth of July, like civic-sponsored celebration featuring carnivals, beauty contests, horse shows or patriotic parade.

Heavy traffic in the streets of the city are not to be expected in Carbondale’s Fourth of July holiday. Reports from the Daily Egyptian said people lost their lives in traffic accidents or injuries while doing fireworks display in Jackson County. News articles from the Daily Egyptian reported on illegal fireworks used to cause tragedies in Illinois.

There were complains about this legislative act. An editorial of the Daily Egyptian on July 9,  1974, said: “the Fourth of July has now passed, and we may never see another like it because of a federal ban on firecrackers, our next Fourth of July may be a silent one.”

Using fireworks is still illegal in Illinois, in contrast with surrounding states.

Today, people spend their July 4 cooking out, swimming and watching fireworks. Among those one thing stays the same: people continue to celebrate this summer holiday regardless of how.

Staff reporter Tahereh Rahimi can be reached at [email protected]