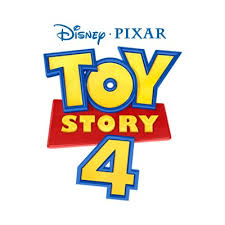 When Toy Story 4 was announced back in 2014, I remember the Internet lighting up with one simple question: Why?

The third film, released in 2010, wrapped up the franchise so perfectly for nearly every fan, and this installment was beginning to look like an additional cash grab after the announcement of Toy Story Land at multiple Disney theme parks. The trailers came out, and people weren’t wowed. I fell into this category. Why add to what ended so beautifully?

People really didn’t know how to feel about this film, and interest never really picked up until just less than two weeks ago, when Rotten Tomatoes released Toy Story 4 had a perfect 100% rating on the website. That got people’s attention, mine included.

Film Twitter was lit up about how great this film was, and, after days of watching its Tomatometer score never drop, I was intrigued.

Hoping I would be wrong and that the hype for the film was real, I bought my ticket.

I walked into the theatre with two questions in my head: Is this film actually good and, more importantly, is this film necessary to the franchise? The answer to both, surprisingly to me, is yes.

I want to address my first question first. The film is easily one of the most beautifully animated films I have ever seen. The settings look photorealistic, and the toys have all never looked better because of it. This type of animation makes the toy’s interactions with humans look realistic for the first time in a franchise built on human interaction with toys.

I think the story is really what is separating those that love this movie from those that think it’s bad.

If you come to the movie because you love the characters and you don’t really care about the circumstances they’re in this time, this one won’t be for you.

The toys have to make a lot of difficult decisions throughout the film that some fans may find out of character. Many toys also take a backseat this time in favor of new toys that help move this story along.

However, this is a story about what it means to be a toy and what you would do to protect the ones you love. The toys aren’t playing Andy’s games anymore. Bonnie is a whole new kid with new interests and ideas that, unfortunately, don’t always involve every single toy.

This sparks an interesting question: What happens when the one we love doesn’t want us around anymore?

This, by far, is the question weighing on everyone’s favorite cowboy, Woody.

He takes personal responsibility for Forky, a toy Bonnie created out of assorted garbage, including a spork, that is struggling with his personal identity. After an escape attempt by the new toy, Woody is reunited with Bo Peep, his old flame who hasn’t been seen since Toy Story 2. This only escalates Woody’s emotions, caught between the freedom of being a toy with no kid and making sure his kid is safe and happy like he did for Andy.

The film is also quite funny, and that’s really due to the reunion of Keegan Michael Key and Jordan Peele, voicing the hilarious carnival prizes Ducky and Bunny. New addition Forky, voiced by the always hilariously high strung Tony Hale, also offers up a lot of laughs. Of course, I have to mention Keanu Reeves’ Duke Caboom, who offers up both laughs and heart throughout the film.

Speaking of heart, it’s the one thing this film is not short on.

I really felt for these characters, who were dealing with the growing pains of having a new kid and everything that accompanies that. It helped make the character arcs feel earned. You really get into the mindset of these characters that, most of us, have had with us since childhood.

I absolutely cried, and I don’t know how you couldn’t.

The final act beautifully ties up every single string it undid and perfectly weaves in the elements and questions that were left on the table from the previous films.

This leads me back to my second question. I can understand that, depending on how you view the first three films, this film doesn’t seem like it should exist.

The story was always focused on Andy’s toys, and now Andy is grown and gone. We leave the toys behind just as Andy did.

However, if you love these toys as characters, this story gets to see everyone get what they need moving forward. It ties up the toys’ stories (yes, I did that on purpose) in such a neat way that, whether or not they choose to move forward with more content, leaves you knowing that the toys are where they should be.

It also does what the third installment did a little bit, closing out a story while still allowing avenues for creativity. That’s what I think people lost somehow before the announcement of this film.

The third film wrapped up with the idea that the toys would continue their adventures, and we got to imagine what that would mean. How would Bonnie play with them? Who will be her favorite? Will Andy’s toys blend well with Bonnie’s toys?

We asked all of these questions in earnest, and, when the potential for answers came about, we didn’t have that imagination anymore. We grew up, just like some of our favorite characters did.

Now, we get to see those questions answered, and the imagination that people once had surrounding the franchise, seems to be poking its head back out. Hopefully, more people do come around to the idea that, sometimes, the finale we thought we got was not the finale we deserved.

This feels like a true conclusion to the franchise that, like its predecessor, left avenues open for these characters’ stories to continue in new and exciting ways.

I would definitely be down to see what other adventures these toys could find themselves in, and how they grow and change because of it. As long as the stories continue to be about the toys’ relationships with each other and the kids that play with them, then I say, “To Infinity and Beyond” with this franchise.