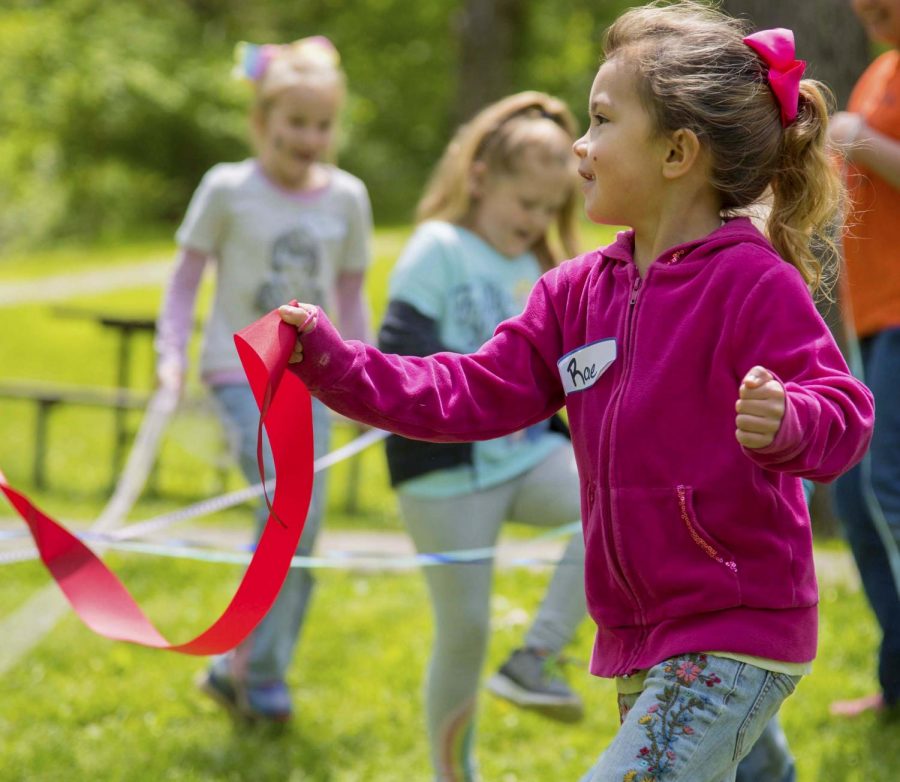 Rae Gogan-Thomas from West Frankfort twirls her ribbon around during the annual SIPA Beltane Ritual at Giant City State Park April 28, 2019. The kids had their own Maypole to celebrate the season of growth.

Nearly 100 SIPA members, the Carbondale community and others from the region came out and danced around the maypole with ribbons in celebration.

The day started with a children’s maypole around 12:30 p.m. while the main event began shortly after 1 p.m. A potluck and raffle helped fund the event, which is free to the public.

The maypole itself symbolizes masculine energy while the ribbons being wrapped around it represent the Earth which is female, Nelsen said. The two together represent fertility, but there are many ways fertility can be interpreted.

Nelsen says when dancing around the maypole, many think about the things in their life they would like to have a larger abundance of.

Erica Hansen, a senior at Carterville High School, said she brought a green ribbon which represents new life and wealth.

“[As well as] going to college in a far away place, I’m excited to start a new life there,” Hansen said.

Nelsen said SIPA is a welcoming organization which allows all people to join in on their rituals and group activities.

“It’s a good way to meet new friends and interact with folks who have maybe a different path. The thing about paganism is that it’s really an umbrella term because there’s a lot of different paths to it,” Pat Jones, a SIPA board member, said.

Paganism itself is an earth-based spiritual practice, Nelsen said.

“Since we’re an earth based spiritual practice, our spiritual identity, what we celebrate is based on the cycles of the Earth,” Nelsen said.

SIPA holds eight public rituals throughout the year, each celebrates one of the eight Sabbats dependent upon the season.

“I found so many wonderful and caring people here and coming together for things like Beltane, it brings me out of dark times. It’s nice to be surrounded by like-minded people,” Hansen said.