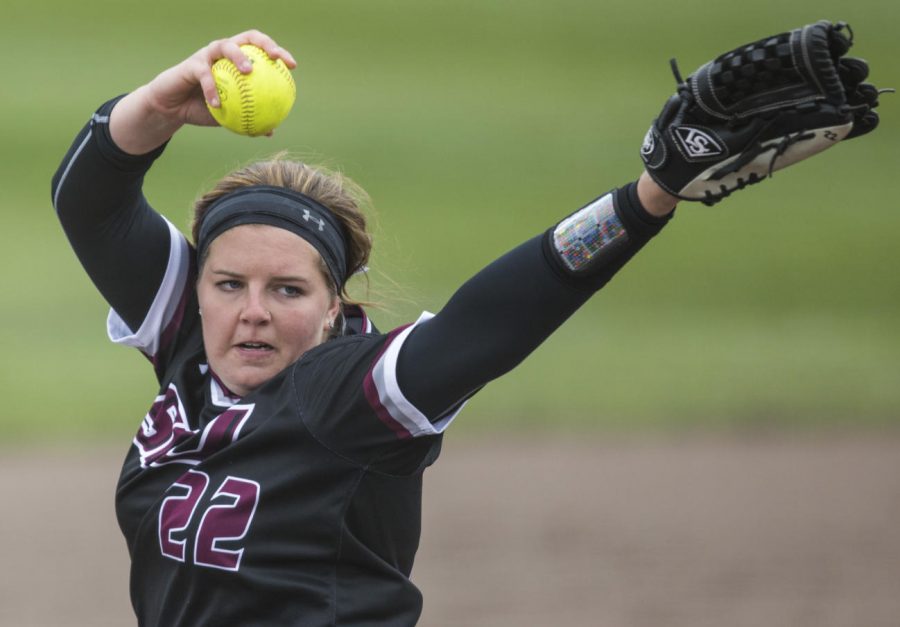 SIU holds a 75-38 lead over UNI in the all-time series and extended this lead after completing this weekend’s sweep.

Game 1: Game one of the series took place on Saturday afternoon and the Dawgs got off to a good start scoring three runs in the first two innings.

This hit pushed the score to 3-0 with Southern ahead. The next three innings of the game were scoreless in both dugouts.

In the top of the sixth inning, Jansen sounded off for SIU batting an RBI double to left field for SIU to make the score 5-0.

Senior first baseman Jordan Spicer pushed the lead even further in the top of the seventh inning smacking a solo homer out of the park, but the Panthers had the last say as they hit a solo homer of their own in the bottom of the inning.

This run however, was not enough to take the lead from Southern who got off to a very fast start and the Dawgs took the win at 6-1.

Game 2: Game two of the series turned out to be an extremely long battle for SIU as it lasted for 12 innings.

Just like the first game, the Salukis were the first team to score putting a run on the board in the top of the first inning.

After four scoreless innings on both ends, the Dawgs were able to score another run in the top of the sixth inning to make it a 2-0 game.

Tremendous defense on both ends of the field kept the game low scoring and close.

In the bottom of the sixth inning, UNI was able to sneak two runners passed the Southern defense tying the game at 2-2.

After a scoreless seventh, the game remained tied and was forced into extra innings.

It wasn’t until the top of the twelfth inning when the tie was broken on a solo homer and RBI by Jansen to make the score 4-2 and give the Dawgs the win.

“It’s all about the players and we have been fortunate to have some really good ones here,” Blaylock said. “I just fill out the lineup card. It says the most about the consistency of our program and I guess that’s what I’m most proud of. We haven’t gone up and down- we’ve just stayed consistent.”

Game 3: The Dawgs fought hard in game three on Sunday and came back from a two run deficit to complete the sweep.

Once again, Southern was the first team to sound off scoring one run on an RBI single from junior outfielder Susie Baranski in the top of the second inning.

In the next inning, Spicer hit another solo homer (her sixth of the season) to plate herself and one teammate pushing the score to 3-0.

After this inning the Dawgs seemed to go silent, while the Panthers picked up the pace scoring five unanswered runs over the course of three innings putting them up 5-3.

SIU finally found its footing in the top of the sixth inning when junior infielder Maddy Vermejan smacked a solo homer and RBI to tie it up at 5-5.

After both teams went scoreless in the next inning, the game was extended to an extra eighth inning.

In the final inning the Salukis managed to pull ahead on a two run RBI from Wood.

“I was just telling the kids that I don’t think they understand how tough it is to do,” Blaylock said. “It’s a long road trip and Northern Iowa is a very talented ball club. There were all these factors that we could have used as excuses- we played in the UNI Dome, where we aren’t use to playing and we have been on the road for 10-straight games, but we just buckled down and played hard. I am really proud of our kids.”

The Salukis (31-11, MVC 15-5) will take the field again on Wednesday at Charlotte West Stadium to take on their sister school SIUE. The first pitch will be thrown at 5 pm.