Track and Field prepares for MVC Championship at Louisville Invitational 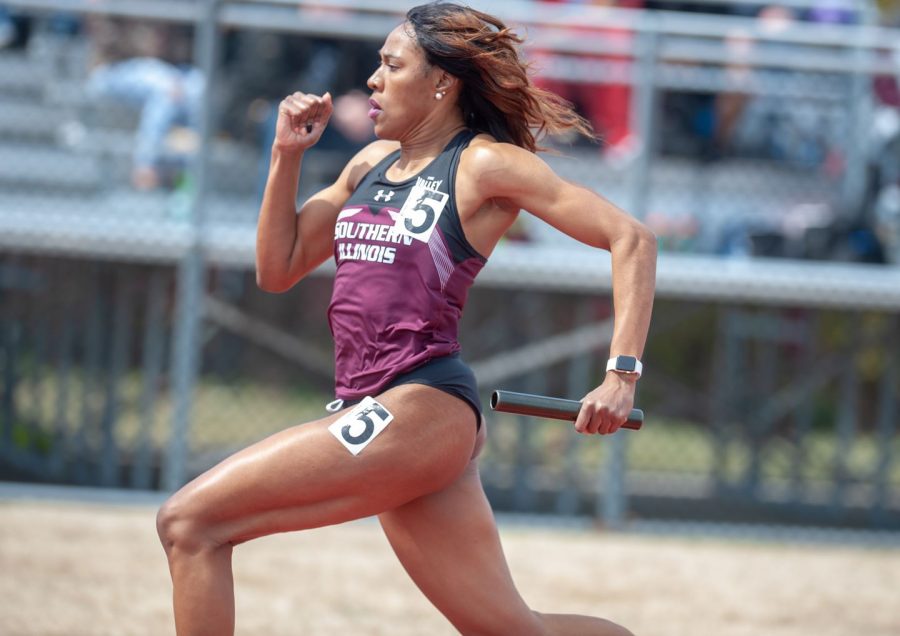 SIU Track and Field spent their weekend in Louisville, Kentucky taking on a tough competitive field of 25 teams, including three MVC rivals.

On the first day of the invite, two Salukis took home first place finishes and several others set new personal bests in their respective events.

The first win of the day came from senior distance runner Josh Maier when he took home first in the 5,000 meter run for the second meet straight. He clocked a personal best time of 14:17.73 which is just .62 seconds away from the best time in the MVC.

The second win came from junior field athlete Willie Rodgers in the long jump. This win was the junior’s first of the outdoor season as he jumped a personal best distance of 7.16 meters, which is now the third best mark in the Valley.

Junior multi event athlete Madison Meyer took home a third place finish in the long jumper after she cleared a personal best distance of 6.04 meter. Meyer now hold the third best mark for the long jump in the MVC.

On day two of the Lenny Lyles invite, SIU stepped up to the plate and earned seven event wins.

In the women’s sprints, senior Bri’ Anna Branch led the way for the Dawgs as she took home a first place finish in the 100 meter dash after she clocked a personal best time in the event of 11.51 seconds. This time is now the second best in program history.

Her teammate Tyjuana Eason finished  behind her in third place with a time of 11.62. Branch and Eason are now the first and second seeds in the MVC for the 100 meter dash.

Both senior sprinters combined with junior sprinters Genesis Ewell and Meyer to win the 400 meter relay and clock the third best time in school history at 44.89 seconds.

This time gave the Dawgs the number one seed position in the Valley.

Ewell, Eason and Branch combined with junior sprinter Savannah Long to win the 1600 meter relay with a time of 3:44.49.

Freshman McKenzie Krich earned her first ever collegiate win in the high jump after she cleared a personal best leap of 1.66 meters.

Sophomore Kayleigh Conlon earned her first collegiate win in the women’s open discus as she completed a personal best throw of 49.87 meters in the event.

After this weekend’s achievements, the Dawgs now hold 11 first place event seedings in the MVC.

Southern will be back in action again at the MVC Outdoor Championship in Terre Haute, Indiana at Indiana State University.