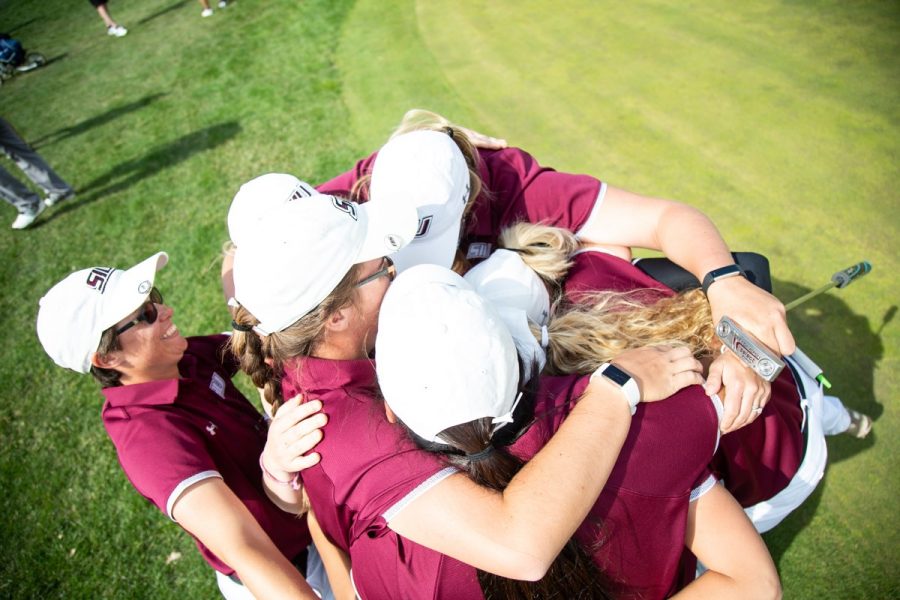 CHESTERTON, Ind. – The SIU Women’s Golf Team began their chase for a Missouri Valley Conference Monday in search of their first MVC title since 2007 – the chase came to a close today as the team won the 2019 MVC Women’s Golf Championship.

In a poll voted on by the coaches which was released on Friday the Salukis were selected to finish third in the tournament, hosted by Valparaiso University, behind both Missouri State and Bradley.

In the fall preview Southern finished fourth in the tournament behind Illinois State.

“I’m confident in this team,” SIU head coach Danielle Kaufman said. “We have prepared all week. As long as we maintain our confidence and mental toughness, I have no doubt we can win this.”

The tournament was shortened due to weather concerns, but SIU stood in second after two rounds of play on Monday, just one stroke behind Drake.

Both Drake and Southern traded leads back and forth for the majority of the first day of the tournament.

The entirety of Southern’s team finished in the top 20 individually. Junior Lili Klekner-Alt finished day one tied for fifth place.

Southern came out strong in day two of the event to record a final round score of 306, for a three round total of 905.

Northern Iowa came in second behind the Salukis with a score total of 912, seven strokes behind SIU.