Mayoral candidates on diversity and racism in Carbondale 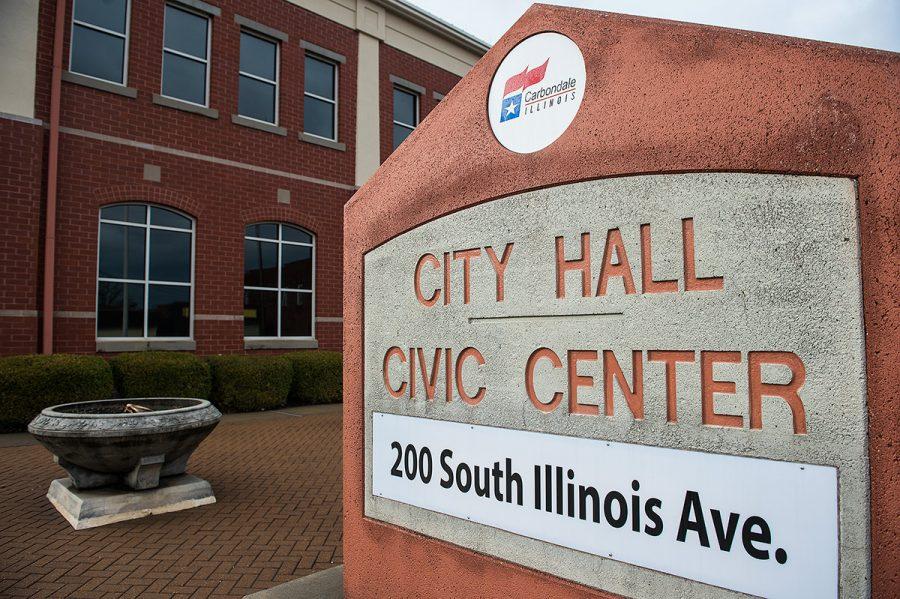 By Kallie Cox and Jacob Lorenz

Issues regarding racism and diversity in Carbondale rose at both of mayoral forums held this week, the forum hosted by USG at Southern Illinois University on Wednesday and the forum hosted by the Rainbow Cafe at the Center for Empowerment and Justice Thursday.

These issues were not the focus of either forum. The following are compiled responses of incumbent mayor John “Mike” Henry and mayoral candidate Nathan Colombo, in regards to issues about race and diversity from the past two forums.

A community member at the SIU forum said there is a negative mentality surrounding the city because of its diverse population and asked the candidates what their plan was to combat racist and discriminatory mentalities surrounding SIU and Carbondale.

Colombo said he has observed racism in Carbondale while growing up and living in the city.

“This is a time for this town to come to a reckoning with its issues of structural racism and how that affects its identity,” Colombo said, “not just regionally but throughout the state and internally.”

Colombo said utilizing the position as the official head of the city to actively speak against racism is important and he will do so.

“It makes me sick to scroll through the comment sections on local news, social media channels and to see the things that are said about this town when it is no different than the activity that occurs in other towns,” Colombo said. “But because Carbondale is known as a town with a black population, we are stigmatized as this unfavorable place and it is disgusting.”

Henry said he agreed with everything Colombo said.

“This is the hardest thing to combat,” Henry said. “It is just ingrained in people […] and not to disparage the communities that you are from, but we look out there and who is doing the crime? White meth heads. Be discriminatory towards them. It just doesn’t make any sense anymore to be a racist.”

Henry said he doesn’t pick up on a lot of discriminatory behaviour in Carbondale, but he said it is there.

A student in the audience asked the candidates what they would do to help people of color feel more comfortable coming to Carbondale, given the city’s racial climate.

Henry said he didn’t know how to make someone feel comfortable until they had the experience of living in Carbondale. He then asked the student, who was a person of color, if they had safe experiences in the city. They said no, as did other students of color throughout the room.

“There have been lots of things that have happened on and off campus relatively recently that have been racially charged or just discriminatory acts and people have gotten hurt and moved away. People have gotten beat up on the strip before […] for who they are or what they identify as what they look like,” the student said. “It is not necessarily a safe place.”

The student said some of the discrimination comes from Carbondale being surrounded by ‘sundown towns’ as well as how the city handles discrimination and police officers and how crimes are charged.

“I did the use of force training and I killed an innocent person,” Henry said. “Someone came running out of [the hospital in the simulation] and I shot them instantly, and it wasn’t the [suspect], it was someone trying to get away.”

Henry said you realize how difficult this stuff is when you are doing it and on adrenaline.

“The important thing is we do the training,” Henry said. “We do more training of our police force than anyone in southern Illinois.”

Colombo thanked the student for speaking up and said the dialogue took place in the room is what is important and will help Carbondale.

It is not one of those things where Carbondale can snap its fingers and fix,” Colombo said. He said how the city officially represents these issues will be what says racism will no longer be accepted or tolerated.

He said the community needs to step up and collectively say no to racialized violence, and the city needs to start having these conversations now and should have had them years ago.

At the Thursday forum, a community member asked a question about revitalizing the Human Relations Commission that led into a discussion of race.

Columbo discussed an incident that happened earlier this year regarding the Carbondale police force’s treatment of community member Miles Davis.

Davis held a concert at his business that included both adults and minors but did not have the entertainment license required to hold the event.

Colombo said city manager Gary Williams gave Davis permission to host the concert without a license and instructed the police department not to do any enforcement on the event, but police shut down the event anyway.

“We were concerned that this was a race-related issue, so we took it to the Human Relations Commission,” Colombo said.

Colombo said the Commission did not validate the concern, so he took it to city council.

“The manager did convey to the police department to the police chief to let it go for that night […]  that didn’t get conveyed to the patrol officers properly, so there was a bad mistake within the chain of command,” Henry said. “But to call this a racial issue is patently inflammatory and ridiculous.”

Columbo said he disagrees, not because he thinks patrol officers that night were being cognitively racist, but because this is an institutional issue.

“It’s not just about this particular incident being racist, but somebody talked about house parties earlier,” Colombo said. “It continues to happen.”

Henry said it does not continue to happen, to which multiple members of the audience responded, “It does.”

A young black community member said while living in Carbondale he has been to a handful of white parties and never had any police interaction at all.

“But I’ve been to maybe 10 or so black frat parties or black sorority parties, and every time the police have shown up,” he said. “So I know firsthand that it’s still going on.”

He said a lot of black students don’t come to Carbondale anymore because the party scene is so dead because of the police.

“I’ve seen it quite a few time to the point where I don’t even go out to those parties because I know, not 50-50, I know 100 percent the police are going to show up at some point,” he said.

Henry said he was sorry to hear that.

“I just wasn’t aware of that and I find it unacceptable,” Henry said.

“Our police now are trained in de-escalation training,” Henry said. “We have been for about four years.”

The community member said they needed de-escalation training for marginalized communities because it is a different set of issues when dealing with marginalized groups.

“We are trying to hire black police officers, we just can’t get them here,” Henry said. “The black officers that we have had here in the past don’t stay very long because they’re in high demand for the Illinois State Police.”

Staff reporter Jacob Lorenz can be reached at [email protected]