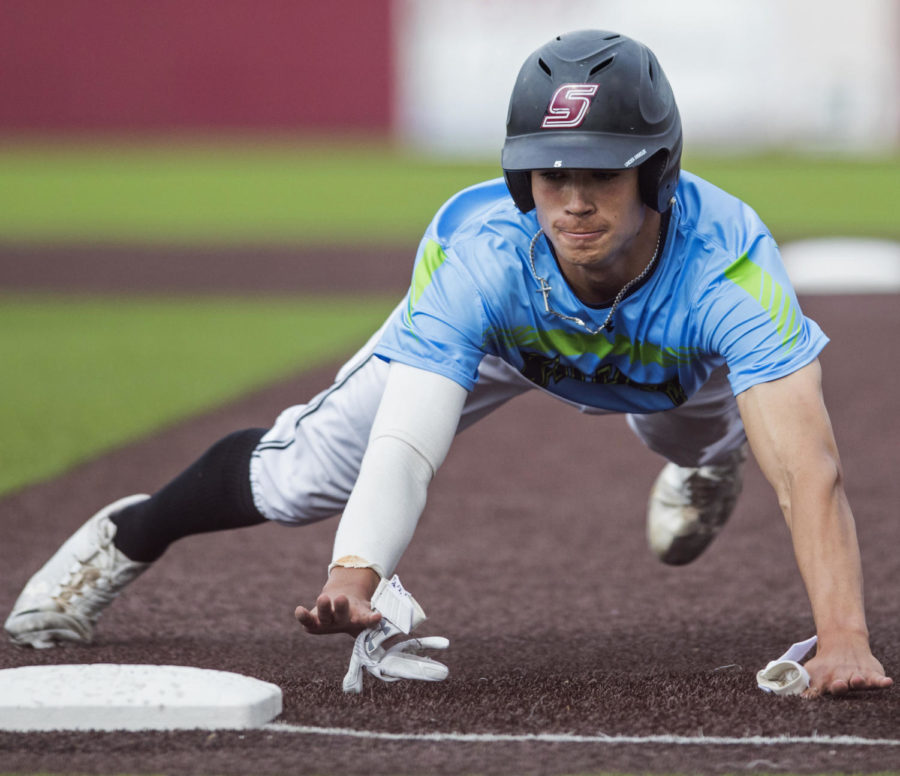 The Salukis won their 11th game at Itchy Jones Stadium this season, with six errors by Belmont leading to eight unearned runs in a 10-4 victory Tuesday evening.

Southern came into the game winners of three of their last four games, with victories over SIUE and Morehead State, and a 10-2 record at Itchy Jones Stadium.

Belmont lost in the last matchup against the Salukis 13-9 on Feb. 27 in Nashville; the Bruins have struggled so far this season in the mid week games with a 1-3 record.

Freshman pitcher Matthew Steidl started the game on the mound for Southern, his first start since his victory over SEMO on March 13th.

Pitching Coach PJ Finigan spoke with Steidl coming into the game with it being Steidl’s second start of the season.

“He told me to get ready, get my mind right for the game today,” Steidl said.”He told me just to go out there and attack.”

Southern (14-9) got on the board in the first inning with senior infielder Nikola Vasic getting on base off an error. He then advanced to second off a fielder’s choice and stole third base.

Sophomore infielder Grey Epps then brought Vasic home with a line drive to right field, giving the Salukis a 1-0 lead in first inning.

Belmont (12-12) threatened in their half of the second inning loading the bases with a single a hit by pitch and a walk, but Steidl walked out of the inning unscathed with a strikeout, a groundout and a flyout.

A walk by junior outfielder Addison Fugitt put SIU on base. He then advanced to third off a bunt single by sophomore outfielder Brad Hudson and a throwing error put Fugitt on third.

The Bruins pitcher, freshman Aaron Hubbell, then committed a wild pitch, which brought Fugitt home and added another run on for the Salukis as they lead 2-0.

Southern loaded the bases in the third inning after the Bruins catcher dropped the third strike on junior infielder Philip Archer he made it to first, sophomore infielder JT Weber added a single, senior outfielder Alex Lyon also added a single after Weber.

Steidl began to settle into the game in the third in fourth inning as he only needed 15 pitches to get through those two innings.

“I talked to my catcher Colin a little bit and we talked some baseball stuff,” Steidl said. “I kind of focused more on throwing fastballs and changeups and kind of got away from the curveball.”

Senior catcher Colin Butkiewicz flied out to center for a sacrifice fly, which brought Archer home to tack one more run onto the SIU lead, making it 3-0.

Archer was walked, then Weber reached second base after the Bruins committed their fourth error of the day.

Lyon brought home both runners with a double, his second hit of the day bringing home both Weber and Archer to push the Saluki lead out to 5-0 in the fifth inning.

With two outs in the fifth, SIU continued to add to their lead. Fugitt was walked then stole second; sophomore outfielder Brad Hudson then tripled, bringing Lyon and Fugitt home and Hudson scored as well after an error by Belmont to push out to an 8-0 lead.

Junior pitcher Henry Boeckmann replaced Steidl in the sixth for Southern. Steidl went five innings, giving up two hits and one walk in his second start on the season.

DeSomer had runners on first and third and Vasic mishandled the ball at second base for the first Saluki error of the day, giving the Bruins their first run at 8-1 in the seventh.

Lyon picked up his third hit of the day with a grounder up the middle in the seventh and then stole second for his second steal of the game, but Southern was unable to turn the effort into a run as they lead 8-1 heading into the eighth.

Head Coach Ken Henderson noted after the game that Lyon can gain confidence in himself after a game like today.

“When you’re in a funk and things aren’t going your way, it’s hard,” Henderson said. “That’s why we kept putting him out there, he’s a guy who’s kind of streaky, when he gets going he can get hot in a hurry.”

Freshman pitcher Corey Mitson replaced DeSomer in the eighth. DeSomer gave up one hit, one walk and one strikeout to go along with one unearned run in his one inning appearance.

Mitson gave up three runs in his one inning with a double and a two run home run cutting the Saluki lead down to four 8-4 in the eighth inning.

After Belmont added three runs, Southern added two more runs in their half of the eighth inning. Hudson was walked, then stole second; he then advanced to third on a wild pitch and came home after the Bruins committed their sixth error of the game.

Senior outfielder Kenton Crawford was walked as well and advanced to second on the same error as the one which brought Hudson home. Walters flied out to center, which gave Southern the 10-4 lead heading into the ninth.

Sophomore pitcher Trey McDaniel came in to the ninth after Mitson gave up three runs in the eighth. McDaniel closed out the victory for SIU 10-4 sweeping the season series against the Belmont Bruins.

“We talk all the time about at the end of the day it’s about winning,” Henderson said. “Obviously we did some good things, but there were some things we could clean up.”

Southern will be back in action this weekend at Butler with first pitch set for 3:00 P.M on Friday.